I would like to a share project that I did as a gift for my grandmothers.
The goal was to create some form of portrait of their deceased husbands.

Based on a collection of images an artist, Kathryn Rathke, created these two images for me: 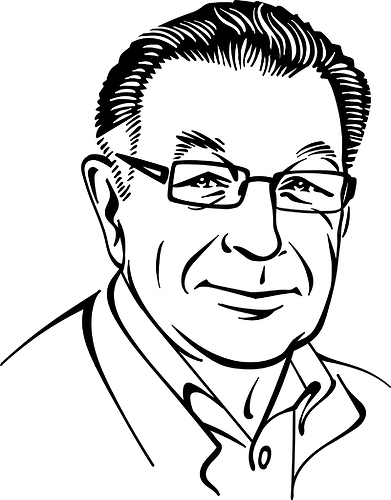 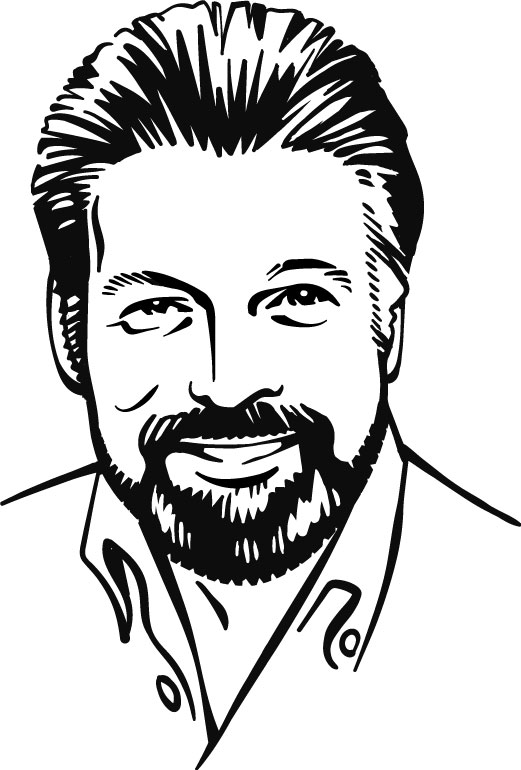 I wanted to do both in a lithophane-like way, but this kept me so busy that I went for a v-inlay for the second one instead.

So here’s the lit one: 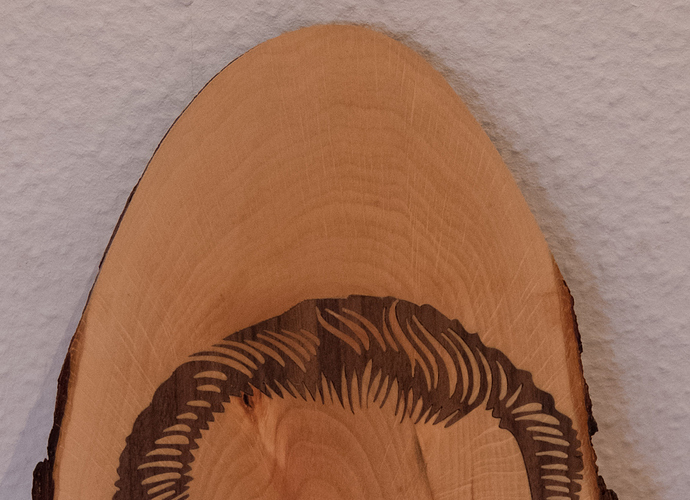 Inlay
I’ll start with the inlay, because this was more straight forward.
The amazakoue can be machined so well, I was actually suprised that all the details survived.
Some close-ups:

I had another go at this with walnut and the same parameters, but here, some of the details broke off. So +1 for that african wood!

(binary) Lithophane
This one gave me some headache.
The process was as follows: 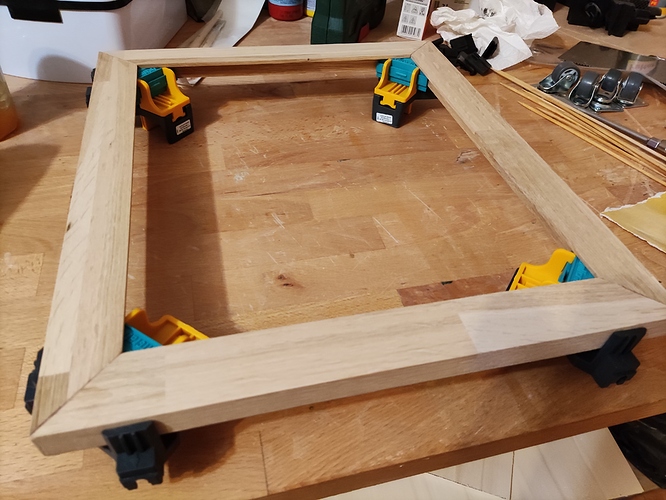 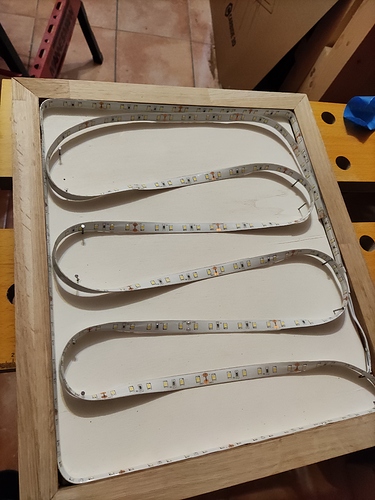 Right before christmas, I finally got a satisfying result 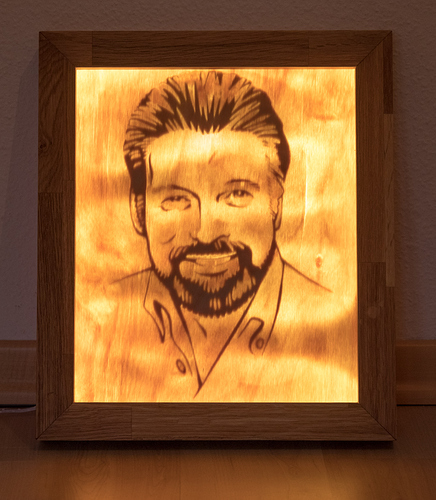 I might redo this one and then try to leave just the last layer of the plywood. This will likely be too thick, but the rest can then be sanded off, so that hopefully, an image with more contrast appears.

But anyway, the time was well spent. My grandmas were both very happy with their christmas gifts and that was the whole point!

Well done @nlichtenberg, they both turned out beautifully!