Anyone else have an issue with wire crowding in the electronic enclosure?

I have a new machine XXL with Z axis Lead Screw. (New as in less than a month old and have been completing the assembly in my spare time)

Completed assembly about a week ago, jogged it around the table and everything was good.
Came in the next morning to run a few simple files just to watch it move. Machine fails to initialize.
Hmm ok…Zaxis proximity switch is not registering. I immediately start checking wires for loose connections or breaks. I find nothing then I decided to open the electronics enclosure just to check that out. I immediately see a dangling wire. So I’m looking at it and wondering why it just fell out of the connector.

When I actually looked at the electronics enclosure I found that when the cover is in place it actually smashes the wires on all the proximity switches. Easier just to show pictures that I sent to support. . 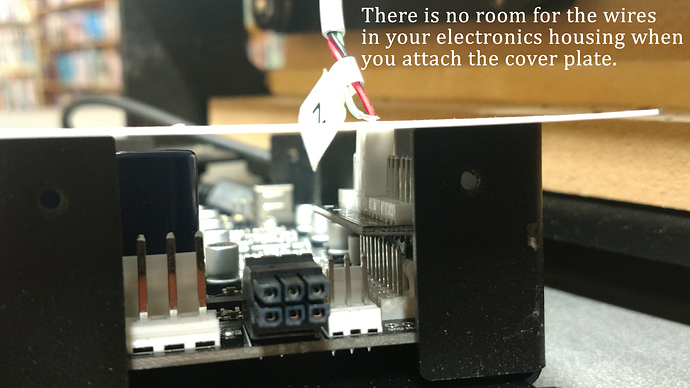 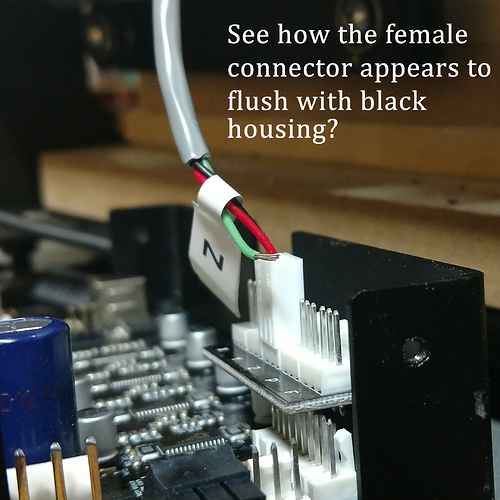 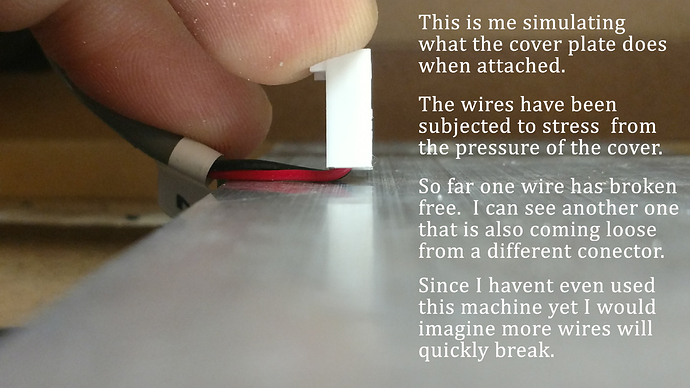 I emailed support and got a pretty unhelpful answer telling me it was a bad connector and they would send me a new one. The problem might partially be a bad connector but a bigger issue is the fact that the cover plate is bending all the wires and putting undue stress on them.

I thought maybe I had received a bad part, maybe the electronics housing was accidentally cut smaller than normal or something. A couple follow up emails have not been answered which is starting to annoy me.

I offered to build my own cover plate. I am concerned about more wires coming loose at a later point so it seems like a good idea to replace all the connectors that were bent over because of the cover plate.

Aren’t all those pins on that little daughter board the same as the ones below it?
I’ve never seen that before, but can you remove it? 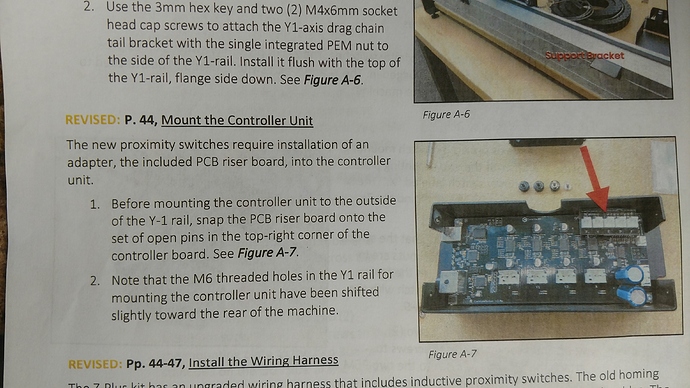 Following, I have the same issue.

Please contact us at support@carbide3d.com and we’ll get this worked out.

Please accept our apologies for this misunderstanding and contact us at support@carbide3d.com (again) and we’ll get this worked out.