A year into playing around with CNC, my biggest aggravation is x-y rotational alignment. This is a key problem in two sided milling. If you could align perfectly, you wouldn’t have a problem with it. I adapted (and maybe simplified) the lock-and-key technique I saw in @DennisVanHoof youtube video when he carved the scroll for a violin in this video: 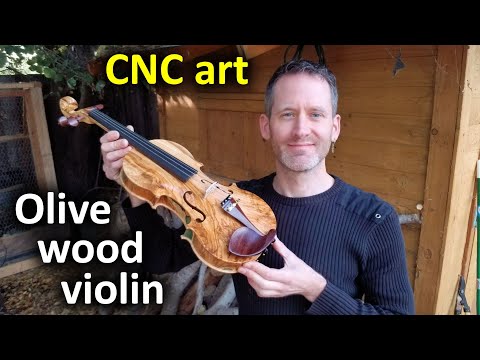 Great video, but if you just want to see his lock-and-key index in about 14:50.

I made these anime cup lids with a notch for a spoon. (My daughter saw something similar in a Japanese market and I told her, maybe foolishly, that I could make a custom one). Unfortunately, the detail was too fine for the wood and bits started to chip off.

Many of you might simply throw it away try something else, but I’m very frugal with material and don’t want to throw it away if I can reuse it. So my plan is to cut off the carving and just put an inset in so the lid stays on the cup.

Unfortunately, this was many CNC jobs ago and any reference to alignment is long gone. Fortunately, I still have the Carbide Create file and in particular the outline. Then using my version of lock-and-key. I will rehabilitate this work.

In this CC design, the original outside for my cup lid is highlighted. 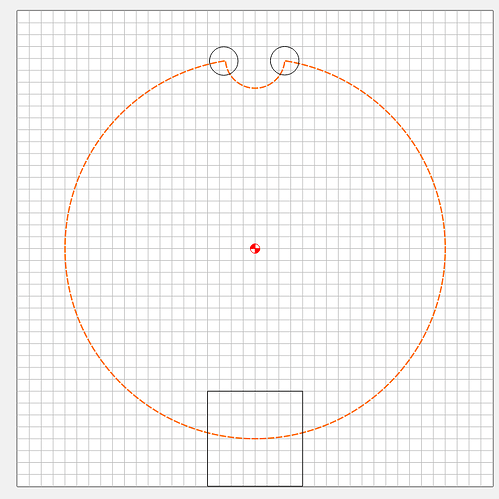 So with this design, I pocketed the outline with the circles to a depth of 1/8" into a sacrificial stock. (It can be your wasteboard or you could affix some scrap stock to it). The depth should be deep enough to hold your stock. The square should be a little deeper than the rest of the key. I’ll coin this square as the “release”.

Since the position of the key in the sacrificial stock is arbitrary. I picked a spot and chose a machine position that was rounded to a mm and recorded it. This would enable me to find the center of the key should something happen to the positioning.

Here is the completed key in my sacrificial stock. 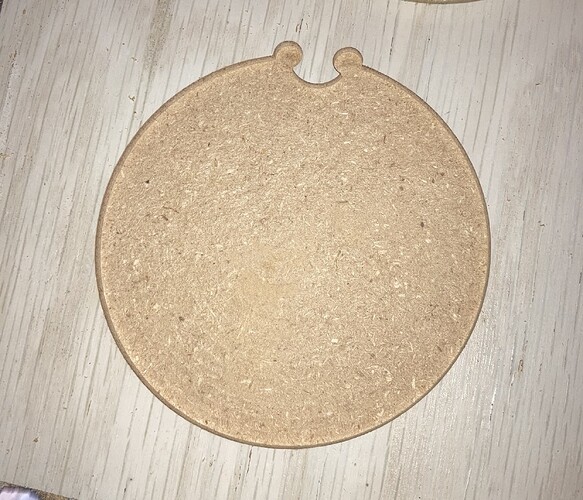 IMG_05571920×1646 394 KB
You may notice this doesn’t have a release carved in it. When I first attempted this, I did not have a release and my workpiece fit so snugly, it was very difficult to get the piece out of the key. That’s when I cut a release into the key. It needs to be deeper so you can access the bottom of your workpiece where you can use something to pry it off if necessary.

Since I was first going to plane off the carving, the only workhold option was something underneath so I used the old tape and glue technique. 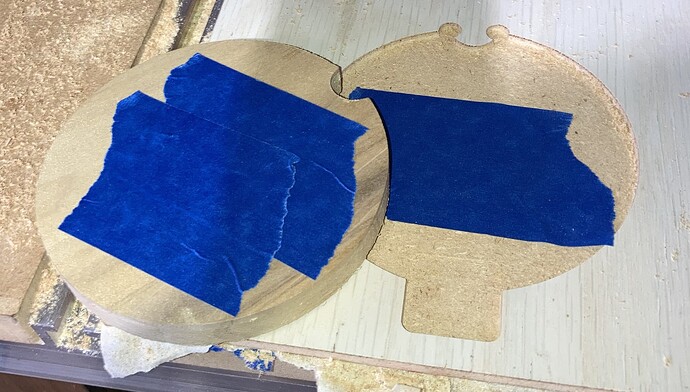 After fitting into the key, (release is now present) 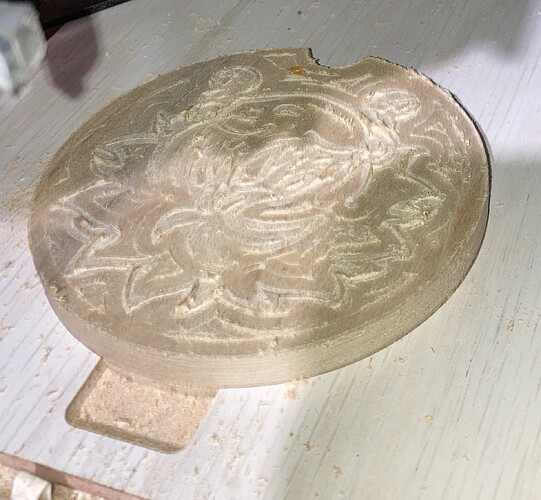 As it turns out the tape was unnecessary my lid fit so snugly into the key it was sufficient. However, if you aren’t sure I’d recommend using the tape.

I planed the surface and carved a rim on the lid. 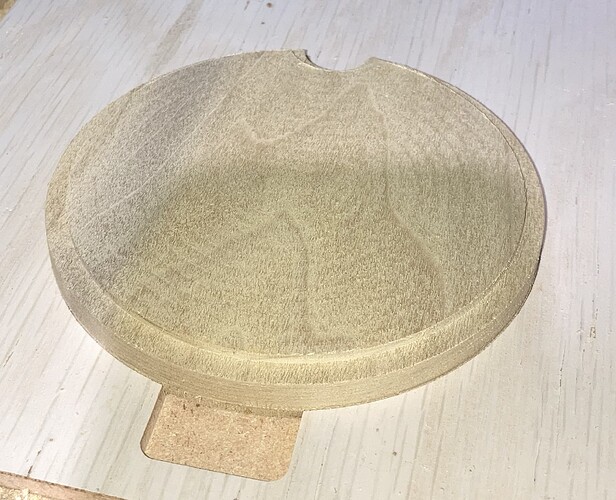 I took the lid out of the key and tested the fit on my mug and guess what… It didn’t fit… The nice thing is with the key and the SO4 still centered on the key. I could pop the lid back in and carve a larger rim. 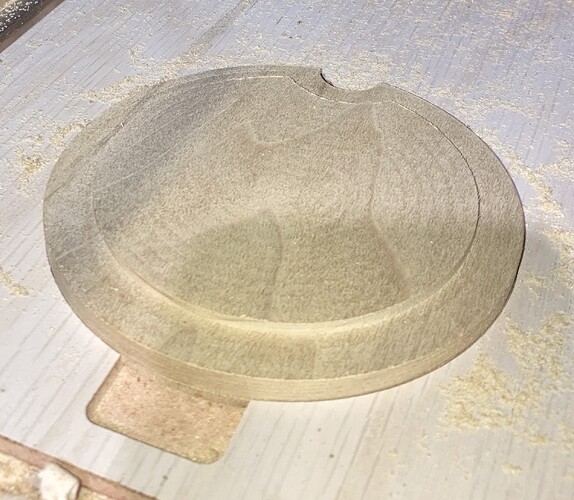 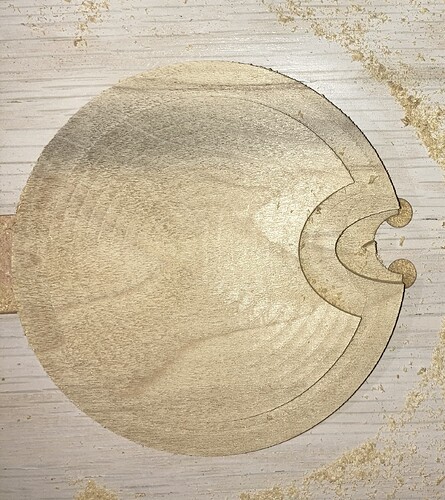 Since I didn’t want to cut into the key because I was going to use it on a second lid, I left about .15" of the opening which I cleaned up with a flush trim router bit on a router table.

Here is the end result 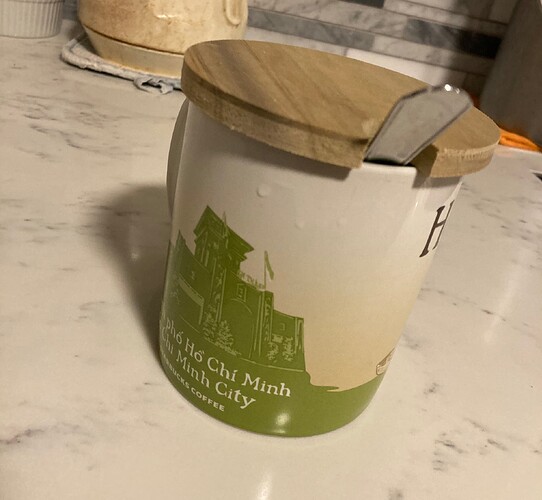 This technique allows me to easily realign to an old workpiece.

What does this have to do with 2-sided milling?

If the anime design wasn’t so delicate, I could have flipped the lid over and vcarved it. (With the rim, it would have made sense to vcarve, then flip it over to cut the rim.)

This simplified lock and key technique (basically milling a complementary pattern into sacrificial stock) can be a very powerful one.

Nice! I love reusing my mistakes

How did you find X/Y zero on the piece? My assumption is you just kept the same zero from carving the pocket. I did a few things using a jig like this and added a v-carve “+” to set as the X/Y zero, or I v-carved a box all the way around it, something like one of these: 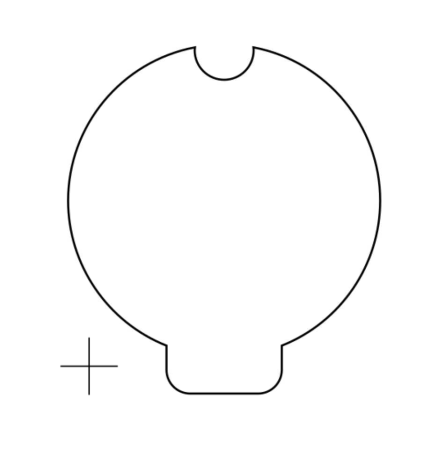 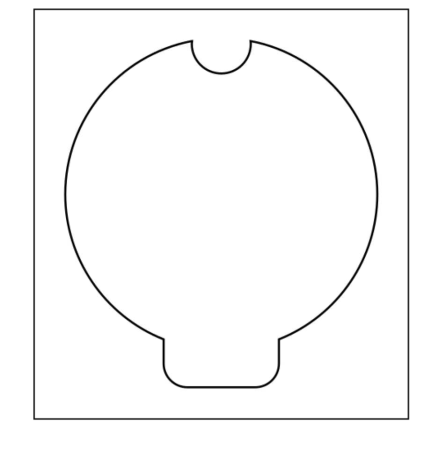 ), I have a known good spot to zero from and recover. The square around is good if I remove the jig and need to re-square it later. I’ve also used the corner of the jig material, but I’m usually making the jig out of some scrap of questionable shape and usually don’t contour cut it out to square sides.

Anyway, I’m sure there are a lots of other techniques out there. Curious what others do.

I didn’t reset the x/y zero between cutting the pocket and cutting the workpiece. However, I did anticipate the possibility of having to reset. So my solution is even simpler. I click the position when jogging to get the absolute machine position and took a screen shot. So if I had to reset I could manually jog back to that position and zero again. 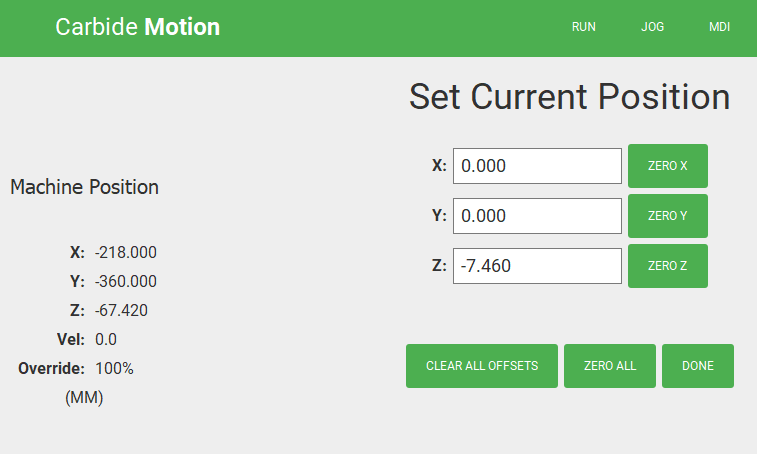 So in your case you might want to just write the position with a sharpie on the jig. (Wouldn’t work for me be cuz, my handwriting is so bad I couldn’t read my own writing the next day

My main inspiration was so I could do two sided carving. I used the X marks the spot technique when trying to carve a teapot lid. Cut a rim on one side and handle on the other. Unlike you, I zeroed on the center of the lid. I used all the geometric tricks (intersecting diagonals) to find the center on both sides. Due to whatever errors, I found the circles to be a millimeter or two off. When I saw the violin video above, I knew I had to steal the idea and adapt it more widely. It’s so simple yet powerful.

My intent was a throwaway template here. There was a second lid I had screwed up by cutting into the side with a trim router. It required improvising a smaller size lid. But other than that I’ll resurface and use the board for something else.

However, if you really wanted to make the template reusable, you could make two 1/4" holes 100 mm apart then either affix to the T-slots or better yet remove two screws on the hybrid table waste board and bolt the jig there. Don’t remove the wasteboard just use the hole. If you do the latter, the jig will always be in the same place.