Just a quick Feeds and Speeds how to on what worked for me.

I could not use adaptive toolpaths here because of the width of the slots and and the desire to use a 1/4 cutter to make things go faster… ergo I had to get a little more attentive to my feeds and speeds but this worked well. Sounded a bit like hell plunging during the ramp but not a big deal, radial cutting sounded great. All cuts done with an Amana 51604 Altin coated 4 flute endmill. Cut both Dry and using Tap Magic… lubrication didn’t make much of a difference in my opinion. 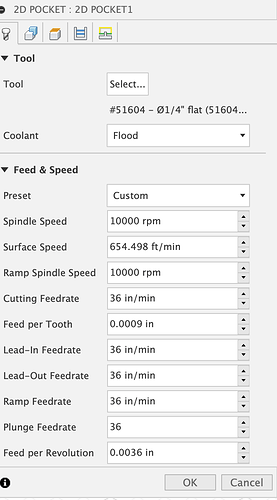 Worth noting that I have an aluminum bed and HDZ. S3 XXL.

Always nice to see a Makita cutting steel, especially on an XXL

Also you can adjust your ramping feedrate, angle and maximum ramp stepdown to really ease into the material as its tough on these machines due to the increased axial forces.

maximum ramp stepdown to really ease into the material

Oddly, i did try this first with 5 ipm on the ramp… ultimately, it sounded like the bit liked it less and was happier to get the -Z movement done and out of the way faster vs. slower…

I’m not surprised it wanted to get the ramping out of the way, the stock Fusion defaults on the ramping (or almost anything) settings aren’t in our best interests usually. The ramp degree and max step isn’t really balanced with your low axial depth of cut and those two really work together along with feed to make happy cuts. I usually stick to one degree or less when ramping into tougher materials and adjust the max step to balance the cut depths.

Attached are two photos of what this looks like.
Original ramp 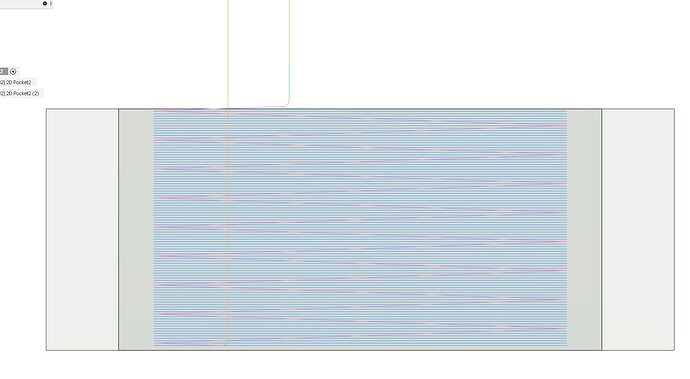 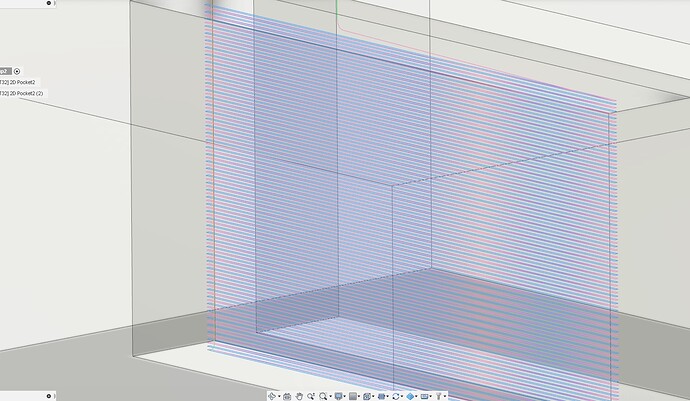 Interesting, I thought 2 degs was minimal. I’ll give 1 or less a shot.

I’m glad it worked but every time it ramped down the sound it made I could feel in my teeth and spine. I wouldn’t have gotten past the ramp before aborting.

Good on you for getting past it and finishing the cut!

Should I ever cut steel I will keep the 1 degree ramp in mind.