My prototype then finished project on the right. Going to make a handful to sell so working out how to mass produce them better but happy with the result. 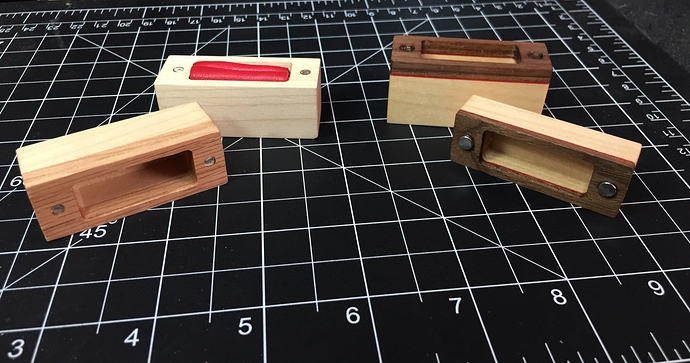 Not sure I understand how they work?

The one on the left has the leather insert to actually hold a ring, then the top fits on top. The newer ones on the right I also carved the pockets for the magnets such that they’d stick out slightly, with the bottom ones recessed so it wouldn’t slide around like the early one did. 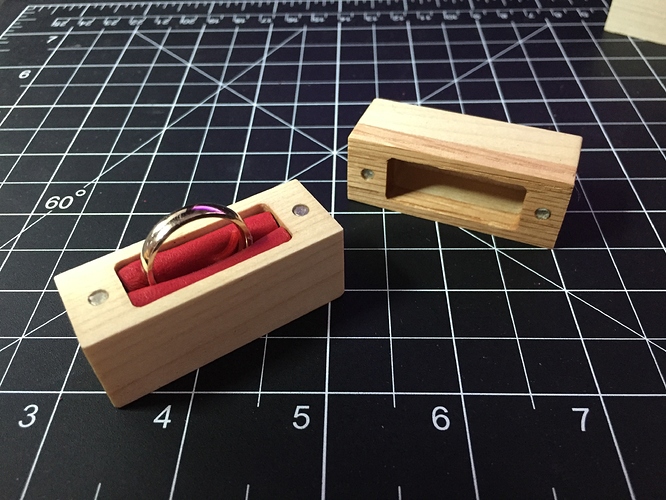 Booth, mostly like the bottom, the first picture is of 2 boxes not 4, the lids snap on to the bottom with the magnets.

Oh, so the two pieces are the top and bottom. I got it now. I thought one was the bottom with the leather and the other was a bottom without the leather to show more of the pocket.

No problem one of those things ‘obvious’ to me only because I made it but once you mentioned it I totally got how it might look different to others without a ‘closed’ picture.