Mister pumps? Anyone using them?

Just wondering what pumps you guys might be using with your misters?

Im at a point where I’d like mine hooked up.

I was using a cheapo kit from amazon hooked up to my existing air compressor. Worked ok.

I was wondering if I could get away with an air pump and not use my compressor?

Mine used a lot of air to get a decent mist. I could have been using it wrong too

I don’t have a mister, but I have a small chip blower that’s part of my scroll saw. It moves very little air, but it does keep the cutting area clear “visually”, meaning it keeps it clear enough for me to see my cutting area. Granted this is a little like apples to oranges, but it would seem like if you focused the output close to the cutting area and regulated the air flow, then it probably wouldn’t take a huge amount of air to clear chips(which would also help with heat since you aren’t recutting chips). Too much pressure/airflow you’re gonna be blowing chips all over the place, which for me at least would not be desirable. I mostly cut wood, some acrylic and a little aluminum, and other than WD40 drip on aluminum I’ve never messed with liquid cooling. I know you’re not in the US, but littlemachineshop.com has some mist systems, you may be able to gleen a little info from there:
https://littlemachineshop.com/products/product_category.php?category=2122081959

@Luke I’m gonna throw something outta left field but what about using higher pressure tanks like scuba? If you design your own micro drop system you could cut down on air consumption. Later down the road you could design your own compound pump system to charge tanks to 3000ish psi.

SCUBA tanks are kinda a pain to deal with. They need to be hydrostatically tested at regular intervals, and finding a SCUBA shop to charge them if you’re not a diver can be difficult too. I used to mess around with air guns quite a bit which I’d charge with a SCUBA tank and it was kinda a headache. The compressors used at the hobby level can be really spendy too. Maybe shifting to something at lower pressure, but more readily available like CO2 paintball tanks might work though. They maintain around 850psi as the liquid CO2 boils off as long as you keep volume low and don’t let them cool too much. I’ve thought a bit about using something like an airbrush compressor, lower PSI, but made to run more continuously and definitely can make the “spray” you’re looking for, maybe even rig up an airbrush to spray coolant?

I recently added an air and liquid nossle to my CNC to help clear chips when cutting metal. I am just using air so far but it is keeping my old Craftsman 20 gallon air compressor very busy. If I turn it more than half way on the compressor works non stop. It’s also having a hard time containing the moisture so it blasts it with water after a while cutting.

I think a smaller pump would have a hard time keeping up.

Little update on this, I had a small air brush and tried the pump it came with. No chance of it doing the job.

I then tried my compressor which is a 50l frankenstein creation - quiet but a 50l tank and it did the job well, but it’s on the other side of my garage and I don’t at present have a good way to hook it up permanently.

I’m thinking I either need a dedicated compressor for it, or wondering about something like this, rigged with an mini compressor so I don’t need to do the work… It’s cheap and has a pressure release valve. I use one in the garden and it’s ok… 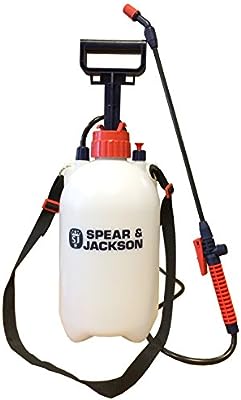 59 decibels, if you use the right nozzle im sure you could get away with one of these. I run less than 1 cfm through my micro-drop and clears perfectly fine.

That was my thoughts. I’m just looking for something similar in the UK

Pm some details, you bought another shapeoko?

I’ve added my mister to my spindle mount, and have ordered some polly tubing, and push fit and quick release fittings. I’m going to add a reservoir to the rear of my Z.

The plan is to hook it up to my current compressor. At some point I will need to invest in a bigger and better compressor…

My next question - what are people putting through their misters? I’ve heard of people using some kind of alcohol, but I often use tape and glue - I don’t want to loose the adhesion.

I’d like to use something that is water soluble…

They don’t sell that over here

I just did a bunch of HDZ limit switch brackets, almost 80. Usually these are a real pain in the ass. I had the compressor jimmy rigged and going for around 3 hours non stop and it handled it well - even heated up the garage nicely. It’s not even a very powerful unit. I didn’t use any lube other than a light coat of WD40. Huge improvement on stopping the end mill from clogging.

Now all I need is to hook the air hose up properly and design/add a reservoir.

How about this one? Lubri-plate #35

I’ve also been known to use Boelube (liquid, used to buy it by the gallon, ~$40), which can be thinned with water, is supposed to be totally non-toxic, and smells of shampoo (which I think it might be…). Boelube solid is useful stuff too, but not for this.

Nope none of that in the UK

Are there no local supply companies for machine shops?

There’s one locally which will let me drop in and write a check for an order, and then drop by and pick it up once it arrives.