The height limit, what do “scale” vs “limit” mean? And “base height” is a vertical edge before it starts doing the shape?

It would also be really nice to alter all of those items after saying “done.”

Finishing 3D pass doesn’t have a clean up pass? The 3D rough step does that. This is just a test piece, oval bowl, but why doesn’t it actually, well, finish? I guess I could run an inside contour pass, but I thought the 3D finish would do that. 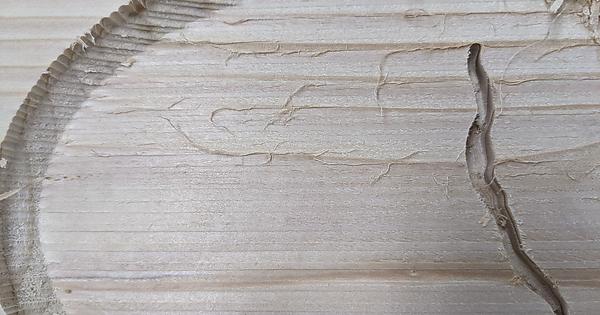 Scale does just that — scales things to the specified height.

Limit instead just chops things off if higher than that specified height.

You can have additional 3D Finishing Passes — I use smaller tools and change the angle until the desired detail is achieved.

Ok, got it. One further question re-step-over. When going right to left it looks like this, about half the bit width, which is what it should be. 1/4" bit step over set to .125. 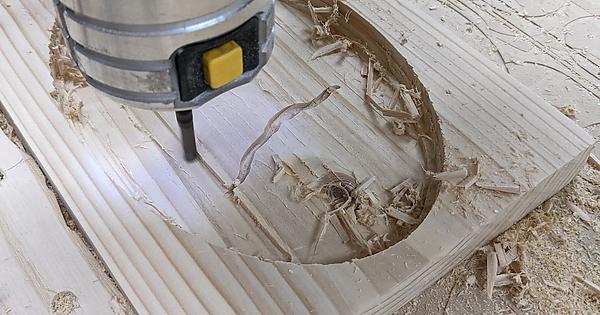 When going left-right, it’s more like 3/4 or all of the bit. 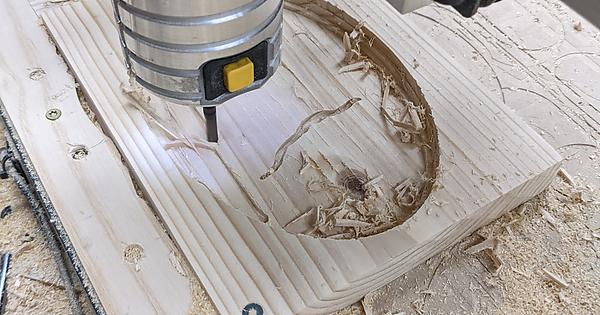 When going right to left (climb cutting) the rotation of the cutter is pushing the tool away from the stock. Left to right (Conventional Cutting) will pull the tool into the stock. If your cutter is deflecting enough to see the difference, you should probably leave less cutter sticking out of the collet. I usually try to set my cutters as short as possible, leaving no more than 0.100" more than the deepest part of the cut.
Reducing the depth of cut and/or stepover will also result in less deflection.

Another model question. Can you change the size of things after defining them as components? Like go back to the design tab and change the scale of something will the component made from that vector change size? It doesn’t seem like it is. Or am I doing something incorrectly?

Can you change the size of things after defining them as components? Like go back to the design tab and change the scale of something will the component made from that vector change size?

Right now, no. We’re going to be making some big changes to allow more ability to rework 3D items but we’re still trying to figure out how far we can go without going so far that we either paint ourselves into a corner for future changes or make it impossible for normal users to understand.

Ok, one more question. What would cause this behavior? In model space the thing looks like what I want.

But in toolpath it doesn’t. It’s got parts left at full height.

You had multiple vectors selected for the toolpaths: 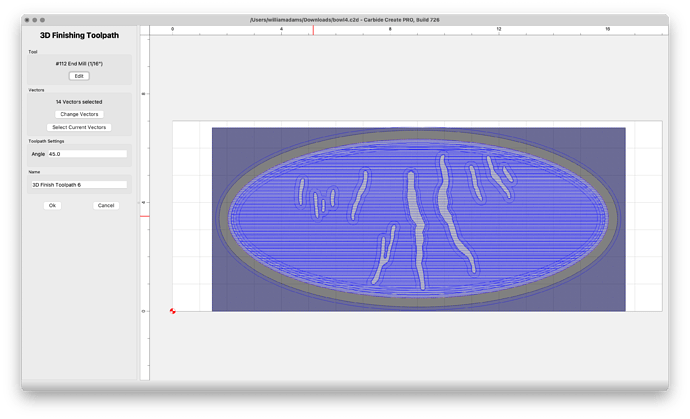 Instead, only select the outer bound of where you want the 3D toolpath to be cut: 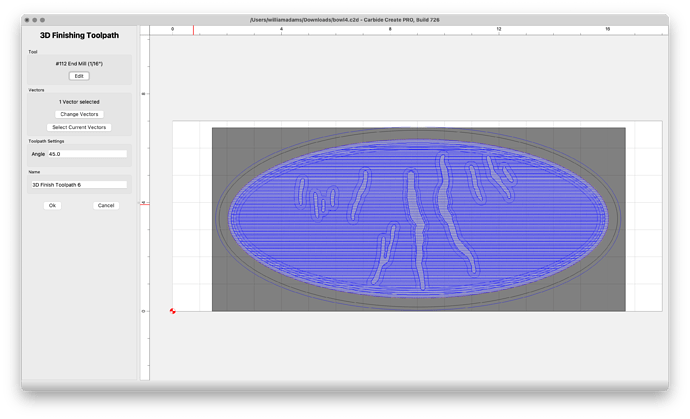 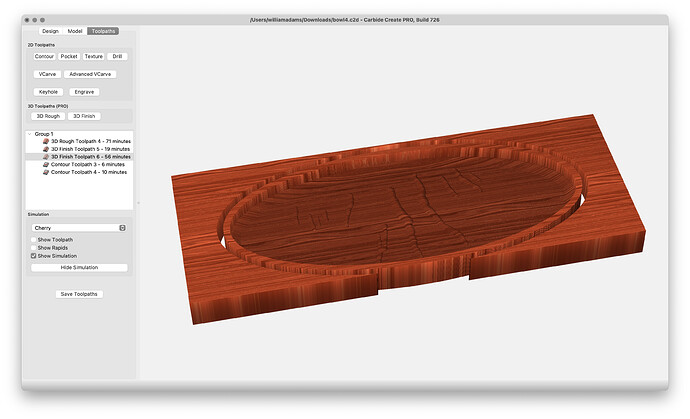 (do this for the roughing toolpath as well)