Modeling and cutting out a hemisphere

Based on discussion at:

trying to work out how to cut out a hemisphere as modeled by:

To keep things simple, we’ll see how well this can be done with just a square endmill.

Interestingly, it could be cut (albeit at a smaller size which matches the tool) using the radius endmill I’ve been working with in other posts:

Once we have that we render it as a polygon in OpenSCAD: [image] then rotate extrude it: [image] which will allow us to use it as a tool.

One option here is to do pairs of cylinders at the begin/end points which are joined via a hull operation: [image] it just needs to be joined up with a loop which stacks them in increasing sizes so as to create the radius endmill shape.

by just moving the tool in a suitably sized circle at the depth to cut a hemisphere of the size which the radius tool could cut.

Instead, we will make a series of cuts using a square endmill from a suitably sized piece of stock — two series:

As with other projects, we’ll start in Blockscad modeling first the stock and some basic variables, then define modules for the two sorts of cuts, and a pair of loops to then cut out the shape.

Initial setup is pretty straight-forward — define some variables and calculate out the numbers needed for the cuts: 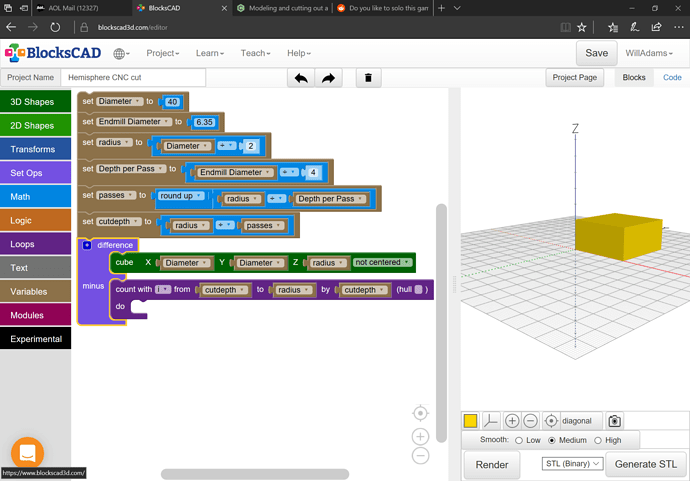 next we need to make a module to cut out the diameter of the hemisphere through to an inner circle (leaving a roughing clearance) and work up the math of calculating the diameters for each cutdepth.

First module is an annulus so as to begin to cut out the hemisphere in layers — still need to adjust for the endmill diameter in the cutting: 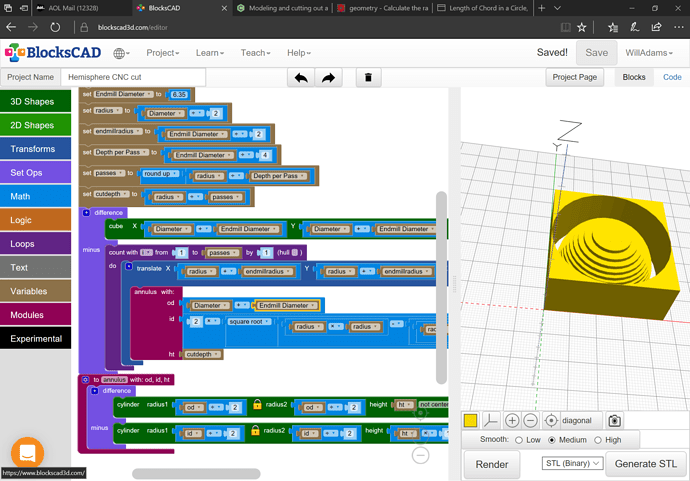 but for the beginnings of a proof of concept, should suffice.

Next is modeling the longitudinal cuts — doing this emphasizes why CAM tools usually use ball-nosed endmills for generalized 3D movement, since for this basic version we need to continually transition from: 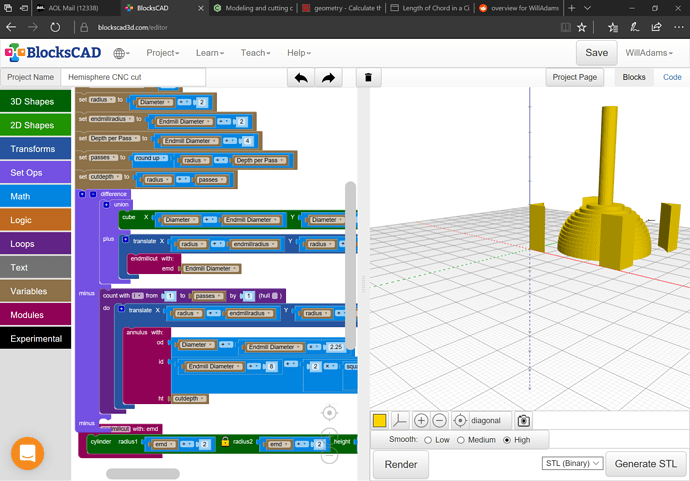 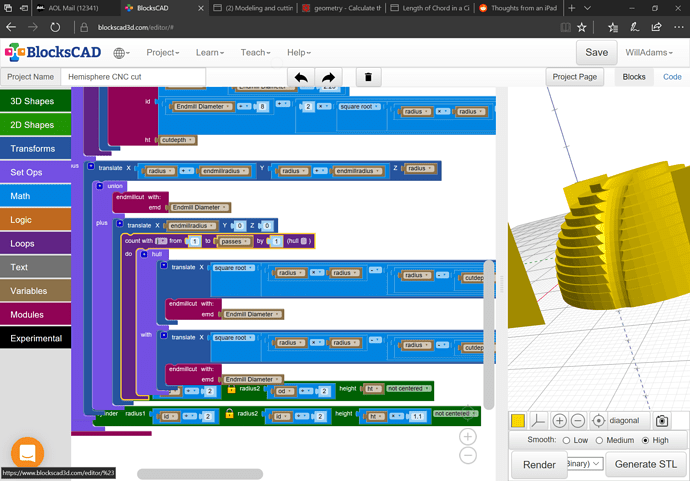 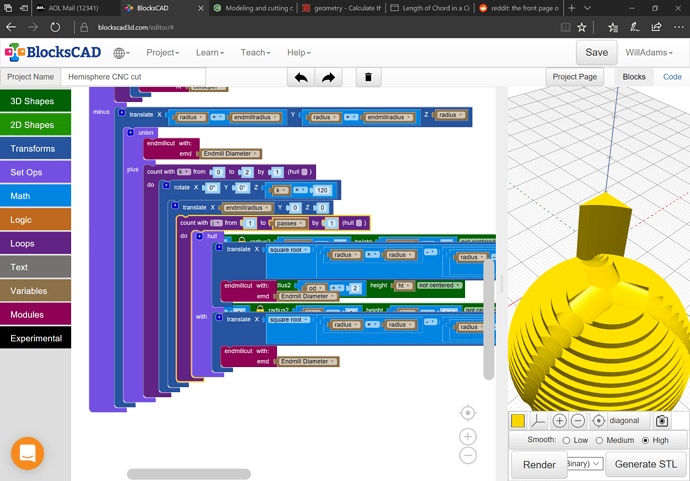 but the performance is glacial.

Performance is quite a bit better on the Powerbook: 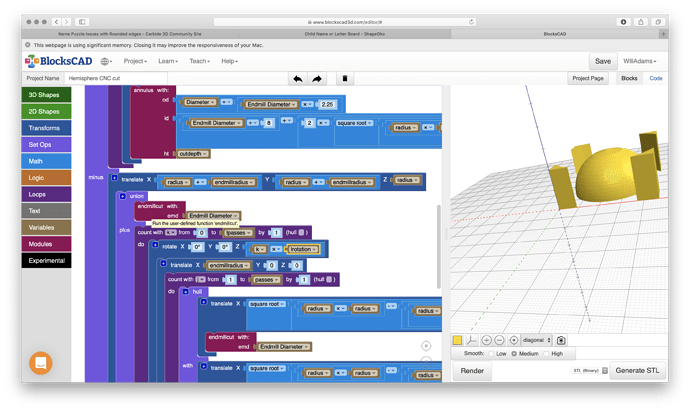 Next up is doing the G-Code in OpenSCAD.