Not a weird question, honestly, but is there a way to induce more ‘flexibillity’ in the drag chains, please?

For some reason, the one on my XXL’s Y1 extrusion will not stay flat, like a tank track, but loops up, like a balloon.

The looping up is good, since it reduces the strain on, and flexing of the wires.

I suppose one could replace the wiring with something more flexible, but that’s a lot of effort/expense for aesthetics.

The thing is, it doesn’t do it with the drag chain on the X axis - including the fact that the router cable is, erm, routed along it? though

The other thing which will influence this is how many links there are in the drag chain — remove links until the drag chain movement is constrained as you wish? 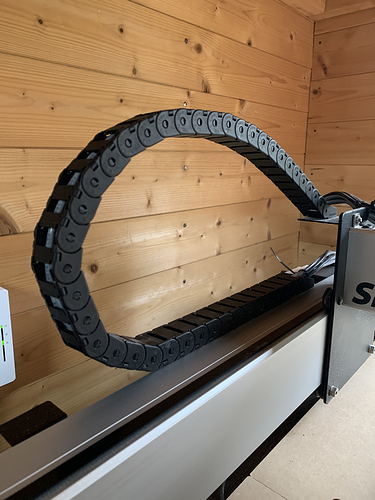 It probably doesn’t look too bad in the photo and, to be fair, it’s only a bit worse than the drag chain on the X axis, but one of the first issues I had after building this was the propensity for the drag chain to fall off the axis and get trapped under the support bracket.

I think the drag chain falling off was caused by narrow support brackets. Perhaps they should have been manufactured slightly wider and with a retaining lip on the outer edge? Just a thought.

I’ll see how it goes.

Are you sure it’s not just an issue with not having enough cable length inside the drag chain? It doesn’t look like it’s maxed out flexibility wise.

I can’t quite tell if this is an equivalent image, but this is one that I have in my machine. I guess they must have made a change at some point in the last year though because I don’t have the little brackets that you do, my drag chain sits right on the extrusion. 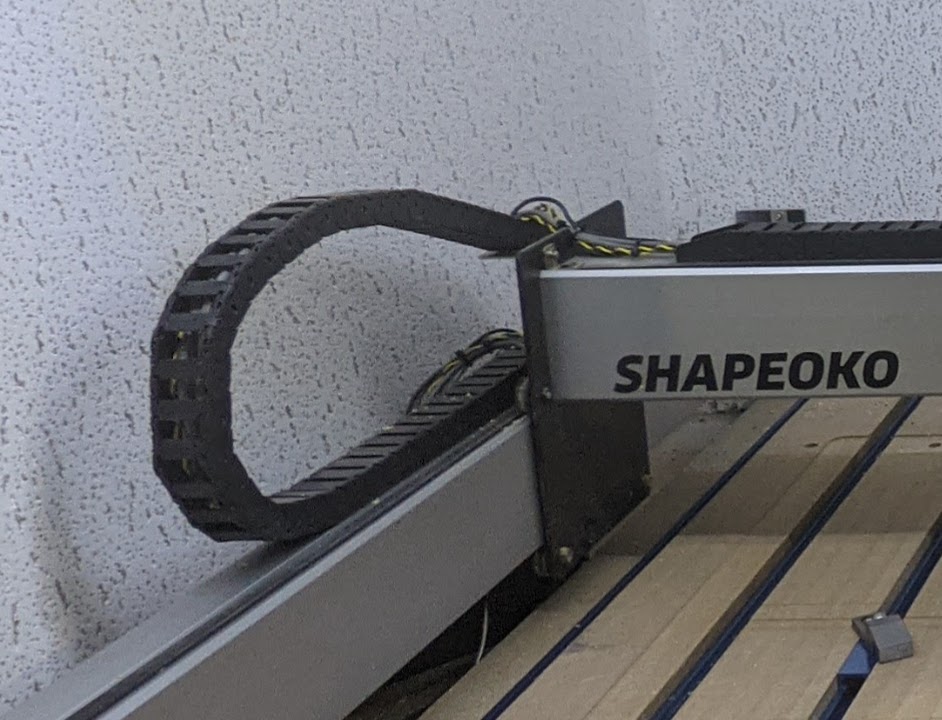 Hmm, I’d have thought too long a cable would have caused that?

I’ll have a play and see what I can do about it. Strange yours runs on the extrusion, though. It would make sense to do that, as it provides a lot more support than two 15mm long brackets!

I think yours does look a bit lower than mine, though.

You’re right - the other thing I’ve had to play around with before (on other drag chain projects) is radial position of thicker/stiffer cables versus the finer ones to optimize the bend radius and minimize stress.

Is there a cable chain kit available for the standard size Shapeoko? Or is this only for the XL & XXL?

Not from Carbide 3D — the cable runs are short and efficient enough that it’s not needed.