My apologies if this has already been requested, but this keeps coming up in my workflow…

I know the Microsoft user interface has historically been to associate a single window with one application. However, the Mac approach is to allow multiple windows per application. It seems to me that Carbide3D could benefit by allowing for multiple windows (in this case multiple projects) to be opened simultaneously.

Certainly, layers can help with organizing components within projects, and exporting SVGs provides a useful mechanism for copying graphical elements (sans tool paths and tabs) from one project to another. However, it would often be more natural and convenient to be able to simply use the cut and paste feature across multiple open windows/projects. 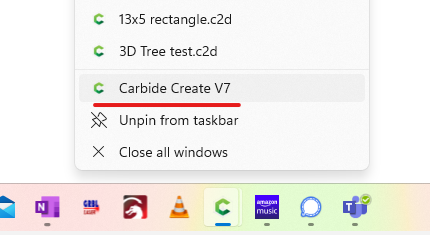 Thanks, but this doesn’t work on MacOS.

Sorry I thought you were saying this worked on macOS and not Windows. I have a mac upstairs I can check later. I never use it for designing so I am not sure if it is possible there.

In previous versions of CC in Windows the multiple instances of the CC application was not possible. Now for Windows it is possible. I do not use Mac so maybe there is a solution with virtual machines or something like that. Hopefully a knowledgeable Mac user can chime in with a solution.

Sorry I did not get back to you sooner. Wow, I did not realize Apple made it so difficult. So after numerous tests I have found a way to make this happen. It involves writing a quick script but is actually fairly simple. 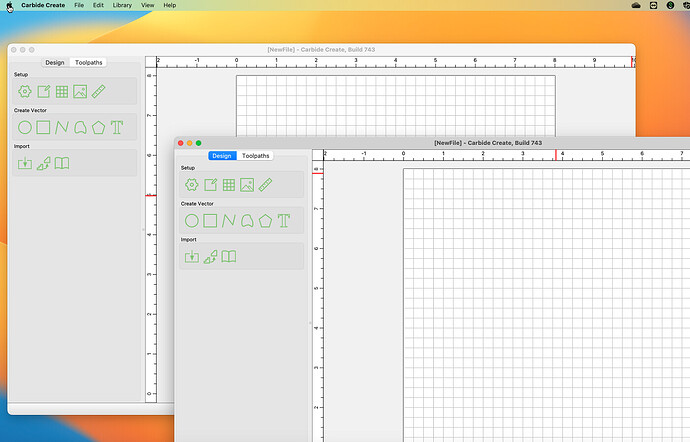 I did this by copying to a User Applications folder and naming the copy v7: 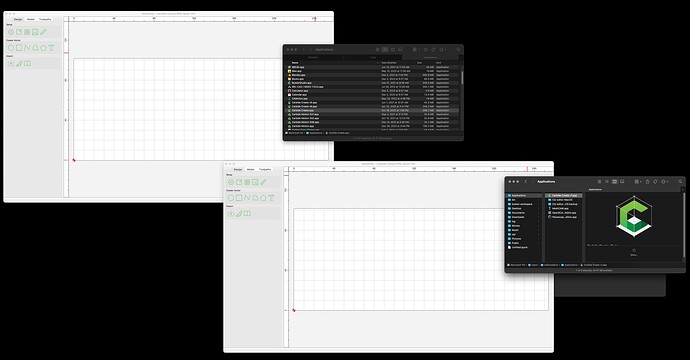 That would work too but that makes a full copy of the application, correct? Probably not a huge deal for most but would that mean you need multiple copies for each instance you want open? I know I am probably an anomaly but I often have 6-8 windows open at a given time on Windows. I am also the kind of person with dozens of tabs open in my browser though too.

Great investigation work, though it seems an obvious enhancement for future releases of CC, and one more postscript… I discovered that at least in MacOS Ventura, the script editor doesn’t accept text from many sources. In particular, it doesn’t like text from the C3D forum via Safari. A solution, of course, is to simply type the script command into the editor rather than attempt to cut and paste.