Starting from zero my spindle gradually cuts into piece as it moves towards area where it’s going to begin cutting by over 1/8.

Typically this means the Z axis is out of square but I’ve checked it several times and it’s perfect.

I wonder if it’s my settings. See last photo.

What’s odd is machine is not cutting into the waist board as you would as you would expect it would when it exhibiting this type Of behavior. 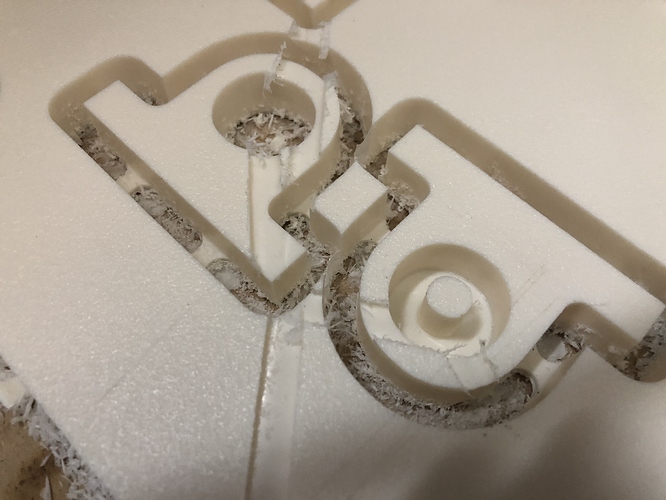 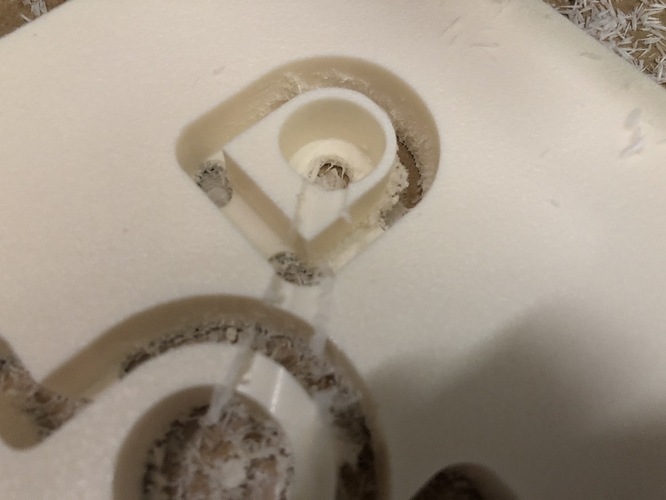 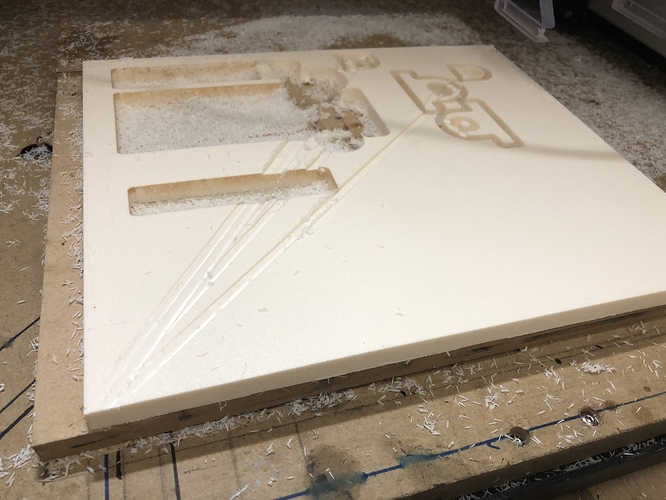 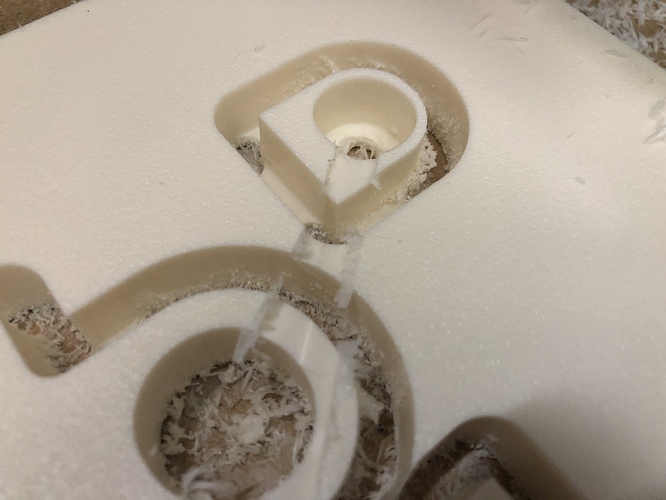 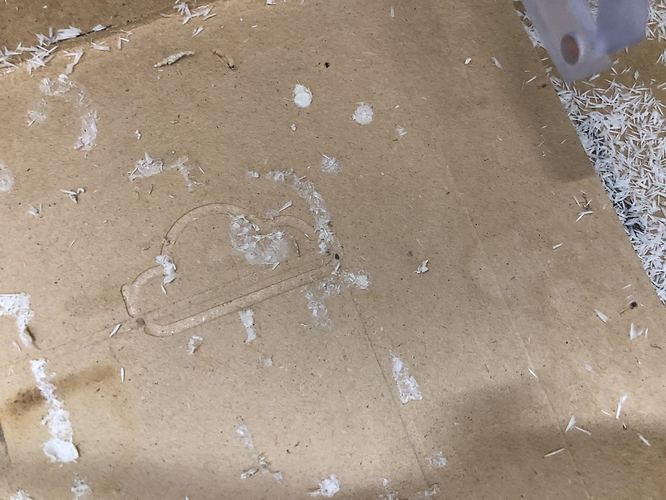 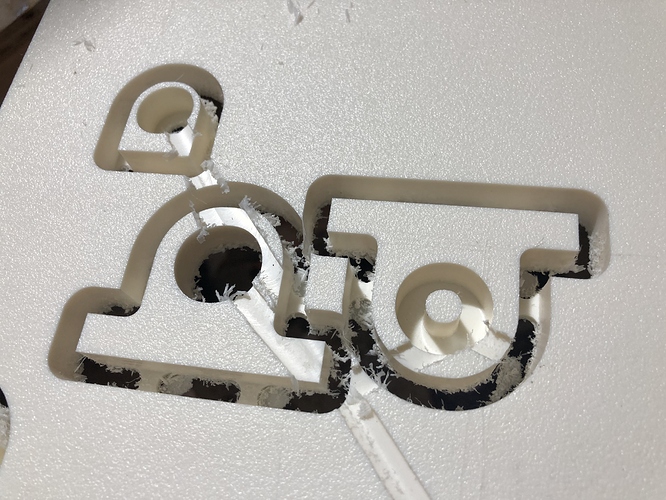 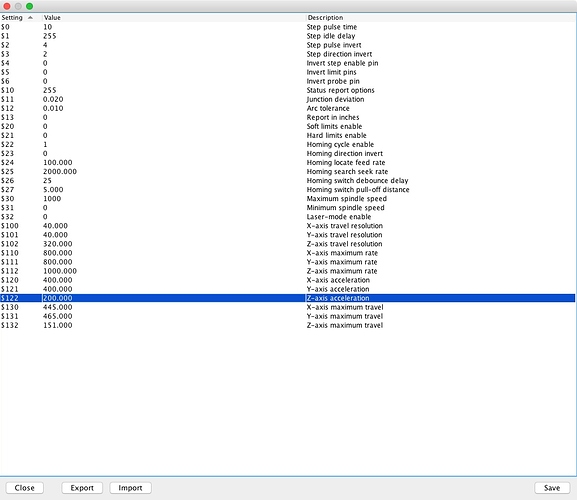 Usually cutting problems such as this are caused by insufficient belt tension — the Z-axis needs to be guitar string tight, the X only slightly less, the Y maybe a bit less, but even tension for both belts.

It behaving differently is usually caused by the difference between climb and conventional milling.

I check the belts there’s they’re tight. In fact I just tighten them .

Will pretty much nailed it here I reckon. I had the same thing on 3 separate occasions, each caused by something different…

I’m running my ice machine with the HDZ. So there’s no Z pulley or belt.

@DCFYI How are you generating your gcode? How are you establishing your Z-zero? My first guess would be the toolpath. Zero is a bit too low and gcode doesn’t lift Z before heading to the XY start?

I’m sure someone else has a better answer but I don’t think it’s a gcode as such. You set it in the software you create your gcode with - Carbide Create, Fusion360, Vcarve etc.

What software are you using to create your gcode?

The safe / retract height is set in one’s CAM program — there isn’t a Grbl setting for it as such, it’s a discrete G-Code command / level to which the machine moves after each pass / as needed, so will appear in the .nc file as something like:

depending on where zero is set.

Interesting. It doesn’t look like your z is loosing any height as the cuts are correct, it’s just the actual machine moving to position at the wrong height.

Looks like it might be a zero setting or post processor? Usually the machine should raise the z, move to position then lower z/cut. What’s happening with yours?

It gradually lowers the bit over time. I recently left the firmware and thought it might be a GBRL issue.

It gradually lowers the bit over time

Are you sure it’s not staying at zero and cutting through inconsistent material thickness of material surface not perpendicular? Can you post the gcode?

Have you actually measured the material?

The third photo down - where there is a cut in the material from the origin all the way across the workpiece. Difficult to tell but that is a single machine movement and the depth of cut gets greater over its length (ie shallow at the origin and deeper at the cut part).

That tells me that either;

As a rookie I’d tell my machine to return to zero and see if it ends up where I set it originally. I think that’d give me a good hint if it’s the cnc machine or not.

Yes. I ran my tramming tool across the surface to check for inconsistencies in thickness of the material. The material and machine are both within spec.

Post your gcode please.
The ballscrew drive on your HDZ won’t just drop.