After opening the box and going through the inside boxes which are deferent than the assembly guide on the website.

1 - all the sliders are assembled
2- the wast board are one piece not Two.
3- the straps that come under the wast board not included. (1,2,3 in the next image)
4- router mout: I can’t mount it because x-z are assembled. I think de-asseble z to mout it. 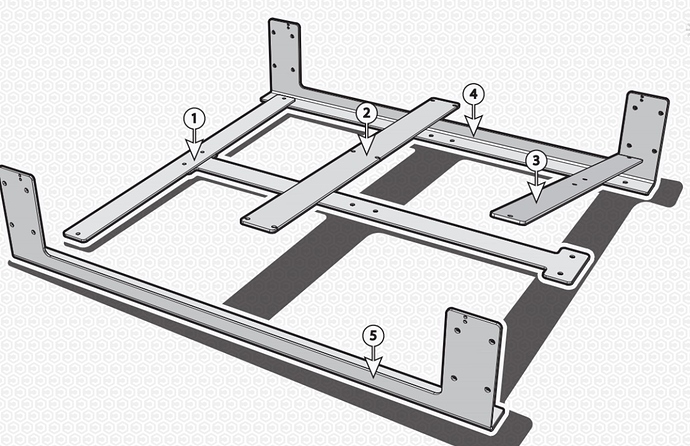 Any one can guide me to a link for latest assembly guide.

I think this is the latest.

This is much better.

Links and some notes at: http://www.shapeoko.com/wiki/index.php/Shapeoko_3#Assembly_Instructions

Thanks for the link.

I’m waiting a reply from support@carbide3d.com

Apparently those aren’t needed w/ the one piece wasteboard.

Apparently those aren’t needed w/ the one piece wasteboard.

If that is the case why there is holes in the middle. Also the wasteboard could sag with time

Holes are probably from the same part also being used for the XL and XXL variants.

Span isn’t that wide — should be fine — check in w/ support?