Just a fast one here. I received a new CM controller board this afternoon (thank you, Jorge!), the 2.4d, and noted the Kapton tape across the backs of the stepper drivers. My first inclination was to peel this off since I’d prefer not insulate the pads from the thermal goo, but I’m assuming it’s there for a reason, i.e. to prevent a short. Is the heat transfer to the heatsink not impeded enough to worry about it? 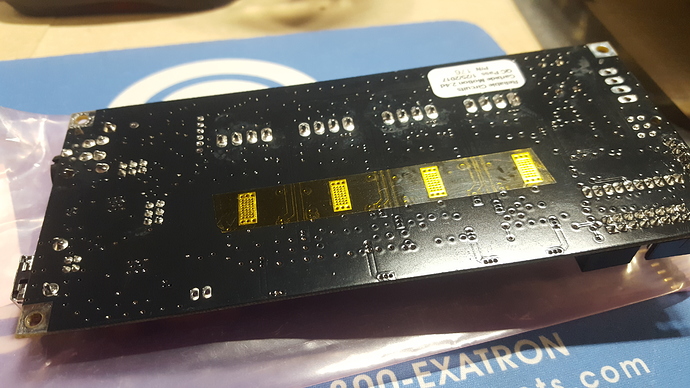 Edit: On second look at the aluminum heatsink, I noticed a previous layer of Kapton tape I had forgotten about. I guess late last year Carbide3D was putting the tape on the heatsink instead of the board. I peeled the old layer off, added the thermal paste and put the CM board on with its new Kapton tape…

My Ver 2.4 board also has Kapton tape on it and has had no problems with heat (transfer.)

Cool. Thanks very much, Rich.