I removed the CC and CM software when I had to reinstall my OS on my laptop. I reinstalled CC V6 Build 652 and the latest verion of CM. I remade my files in 652 and when I try to open them in CM, it says only files from V7 are supported. I’m lost.

If you are using Carbide Create 6, it doesn’t include toolpaths in the file as the v7 beta does — instead, you have to write them out as .nc files: 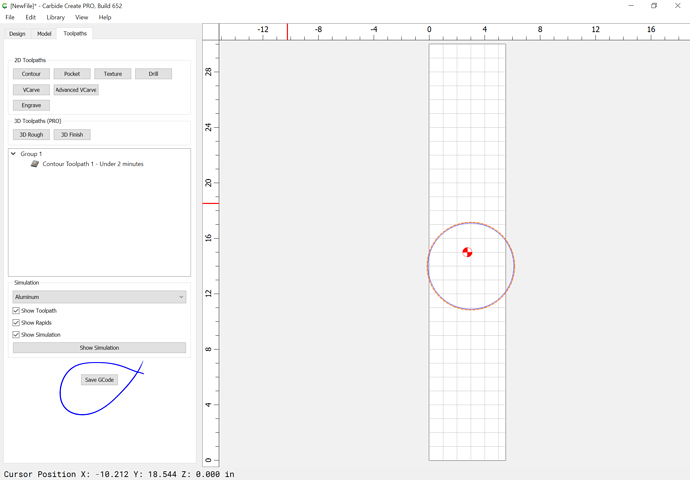 then you will be able to send the .nc files to the machine using Carbide Motion.

I was creating the files as I originally was in V6. Set up my material size, then grid, then created the vector I needed, went in and created tabs and selected tool, type of tool path, etc. Then clicked save gcode. Someone else told me since I had pulled them into V7, even though I made changes to them back in V6, that they were now V7 files. But even when I pulled a file from my dropbox into V6, when I rework it and save it saves as a carbide V6 and doesn’t say .c2d at the end. And come to think about it, I don’t think the red dot has been in the lower left corner of the material when I’m creating a vector.

The red dot indicates origin, and is controlled by Job Setup — see:

At this time, exporting to v6 from v7 is still undergoing testing (that’s why it’s a beta)

I had imported files from V6 into V7 when the keyhole toolpath came out. That’s when I was having the issues with software and my laptop started acting up. So I uninstalled V7, V6 and Carbide motion. Then reinstalled my OS and then reinstalled V6 build 652 and Carbide Motion. So when I opened the files in V6 again to make changes and tried to open them in Motion, I was getting the pop up saying that only V7 files were supported. That’s why I was wondering if the latest version of CM was only good for V7 files? I’m going to go home after work and pull each file from my drop box again and recreate the files in V6 to see if that makes a difference. I’ll post some screen shots of what I’m doing and what’s happening when I get home from work this afternoon

The changes here are: 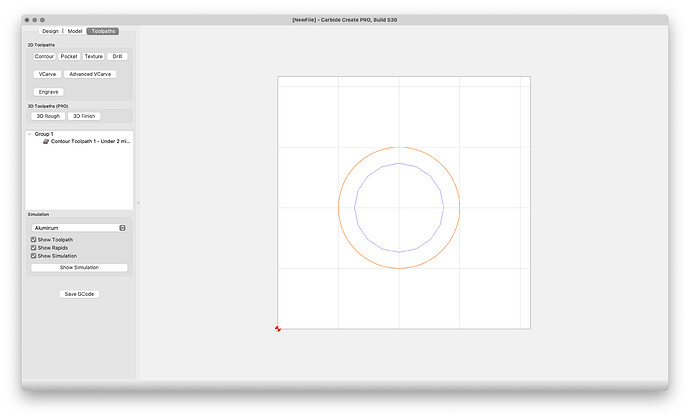 So you have two options:

Carbide Motion 564 and earlier can’t accept .c2d files of any version because when they were made that simply wasn’t an option. It is only w/ 565 that the option to include toolpaths in .c2d files for v7 was added.

To add to Will’s comments.

The gotcha is that the latest version of Carbide Motion will allow you to try and load “.c2d” files. This may make you think it’s the correct thing to do. But when you load a Carbide Create V6 “.c2d” file you get an error.

Even after recreating my files in V6 again, the extension after the file doesn’t say c2d. But I’m doing everything as when I first started using the software. I’ll have to post pics of my screen when I get home.

File Manager / File Explorer doesn’t show file extensions by default, you have to turn them on.
But you can look at the file Type too.

Ignore the “V7” on the file type. That should not be there. It only means you have V7 installed. Even V6 files will display the same.