I see lots of references to “adding geometry”. I have searched all over the internet for a simple explanation of what that means, and have come up empty.

Each thing drawn into a Carbide Create file is a piece of geometry: 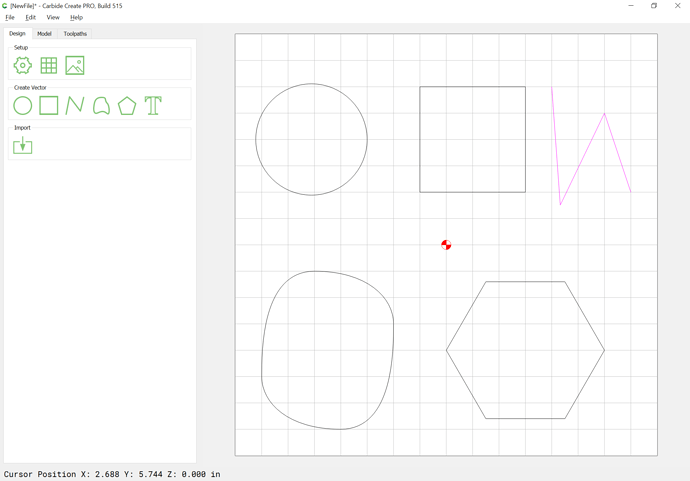 Adding geometry is a way of saying that one adds another element relative to some existing element for whatever reason.

For example, let’s say that one wanted to cut the hexagon as an inlay with rounded corners — since the polygon feature doesn’t have an option for rounding the corners we would inset it by twice the diameter of the endmill we wish to use temporarily adding interior geometry to serve as the beginning point for adding offset geometry: 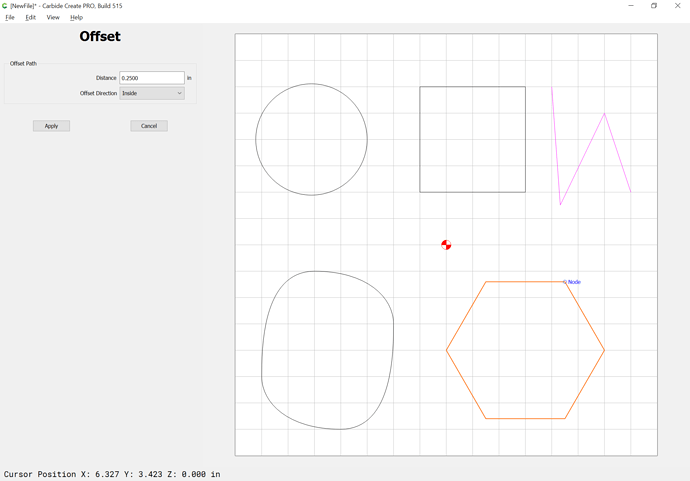 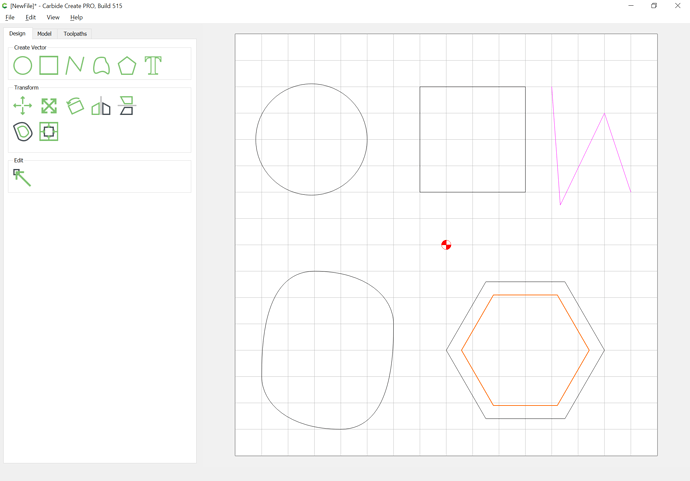 Then we would add the offset geometry: 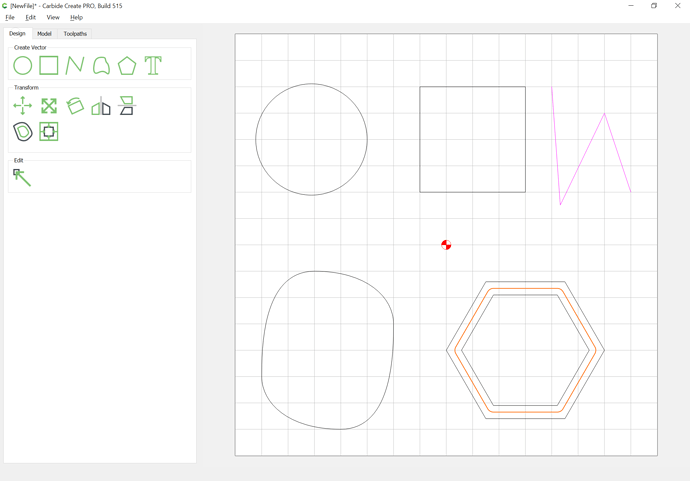 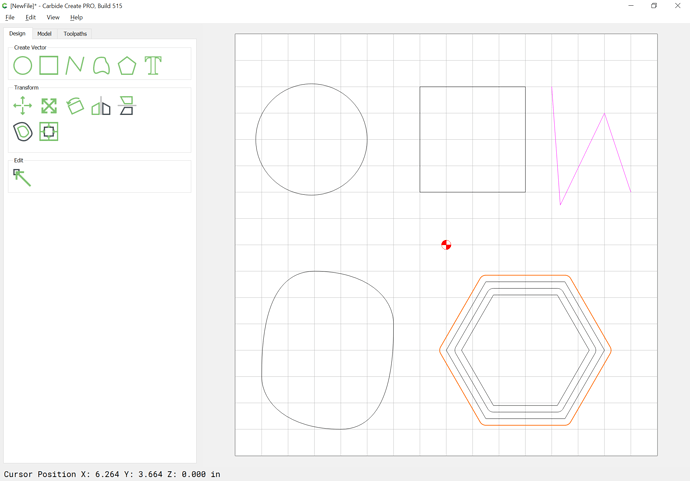 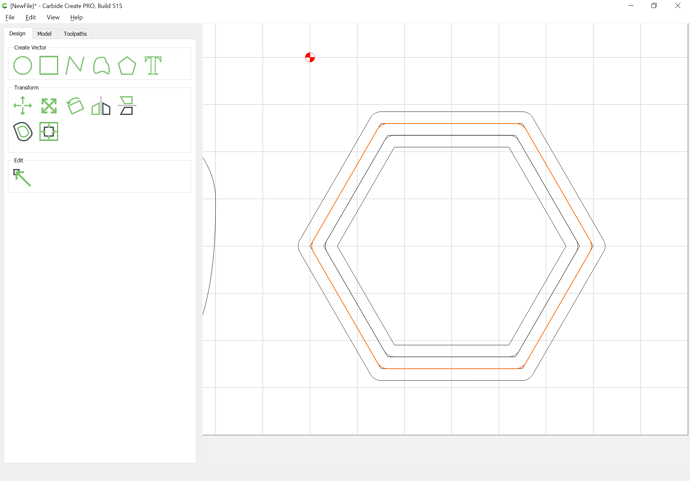 It would now be possible to use these rounded hexagons so as to cut out a pocket and a matching inlay part with the same rounding.

Or, consider the square — if it had rounded corners and was being cut out as an outer profile, but it was desired that one should add a roughing clearance, one would add geometry around it at an offset distance equal to the roughing clearance: 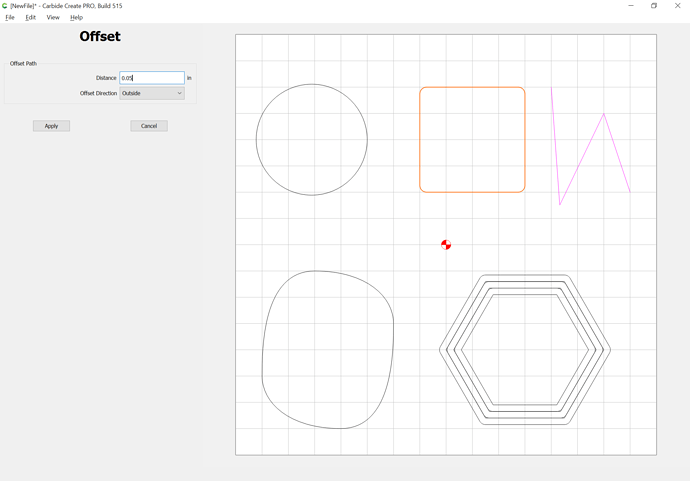 and add geometry further out to allow cutting the roughing pass as a pocket: 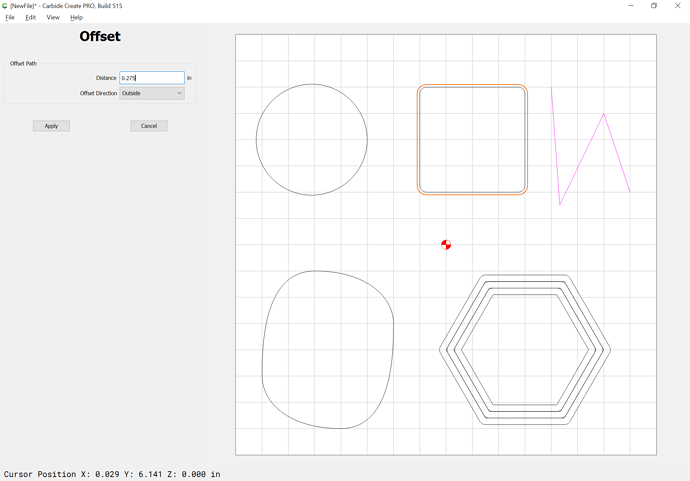 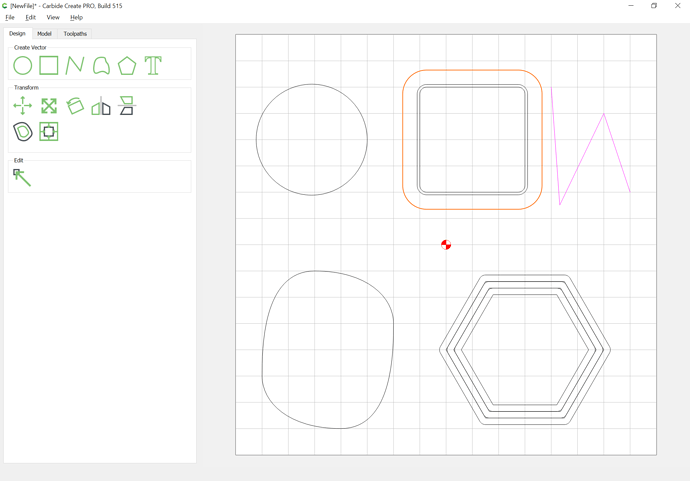 Usually when using this term I refer to:

of help in explaining drawing in Carbide Create in terms of geometry.

If you’ll let us know what specifically you are trying to do and having difficulty with we’ll do our best to better advise.

Also, if you wanted to surface a part to make sure it is flat, you might logically draw a rectangle from corner to corner. That would allow you to pocket cut the surface and make it flat; except for the corners. The corners wouldn’t be cut due to the roundness of the bit.

So, you would need to “add geometry” by creating that original rectangle outside of the four corners of the part. The bit would be partially cutting in air at the edges, but it would now travel over the corners of the part and cut them flat as it cut that larger rectangle.

Hey @WillAdams, I hadn’t thought of that…if I understand this right - if I have a shape and want to get rid of the sharp angles and replace them with radiused corners - is it accurate to say:

Could it really be that easy? I’ve been doing some manipulations that would make Rube Goldberg proud!