No tools library when upgrading to v7

If you mean v3 or early v4, then you will have to re-enter all the tools — how tools are stored changed. 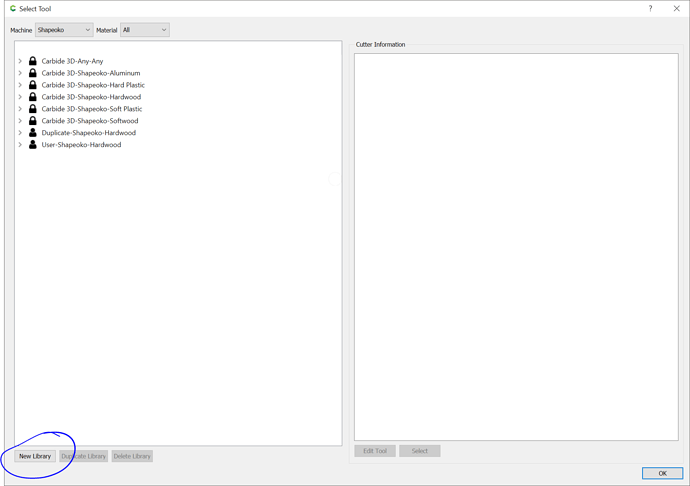 and then one can right-click and add tools to the library: 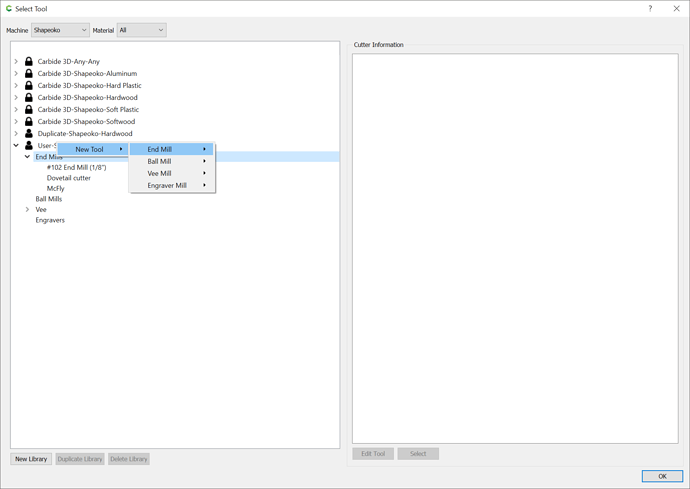 I just want to add the libraries that were provided from older versions, I lost my computer drive so lost older version. I would be happy to just go back to old version if I could download and install it.

The only older version we have is v6:

Can’t you restore from a backup?

I hope you are backing up your computer now. I used to go and fix apple computers at schools and homes. When I replaced the hard drive I would restore the OS and people would ask me where thier data was. I would point to the old drive and suggest they restore from thier backup. Mostly I got blank stares and some crying.

Similar to buying a good tool, cry once when buying and not everytime you use a cheap tool. Get some backup software and backup your data. The drive WILL fail again the only question is when.

I like the new method. However I have never used the old method.

The custom tools are just stored in a CSV file which I can open with a spreadsheet program, I find this very easy to manage these libraries, create libraries, add bits, bulk update, organize, import and backup. Thanks

I love the OPEN easiness of these CSV files.
IMHO