I’m tinkering around with CC (v7) and can’t seem to figure out how to make an oval. I’ve googled what I can and found something from as far back as 2016 saying you can’t and something from 2020 saying to “resize a circle” which I haven’t quite figured out how to do yet (still looking though).

I think I sort of found a way to do it but I think it’s overly complicated on how to do it. “Edit Nodes”. I would think though there must be an easier and cleaner way to do it in CC. Heck…even MS Paint can create an oval.

Also did I read correctly that v7 no longer creates GCode? 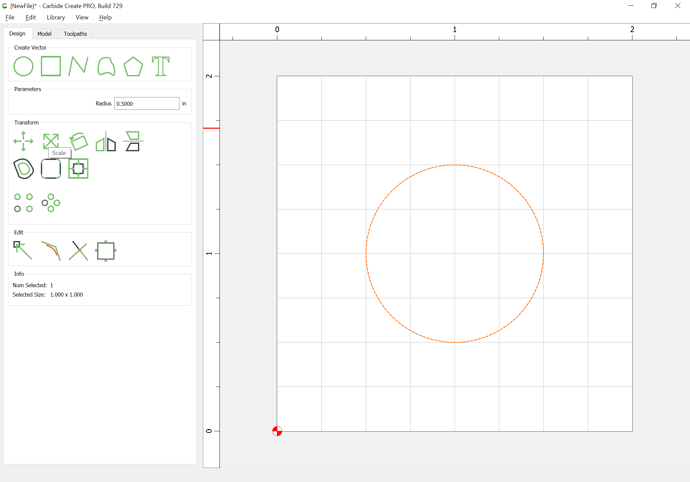 Then activate the Scale tool: 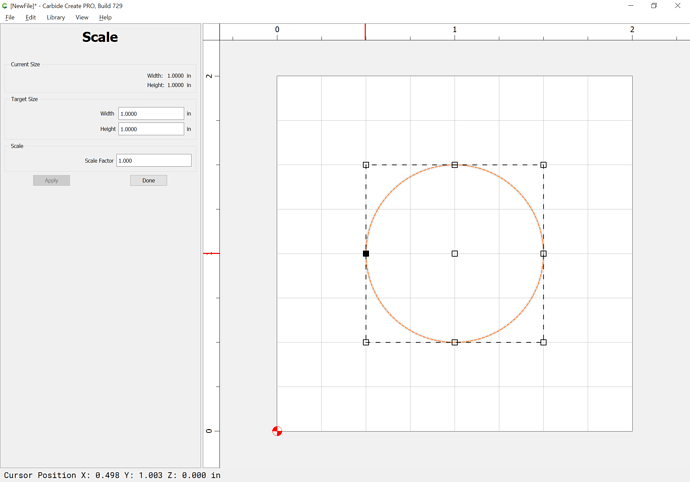 Then drag from the side or top or bottom: 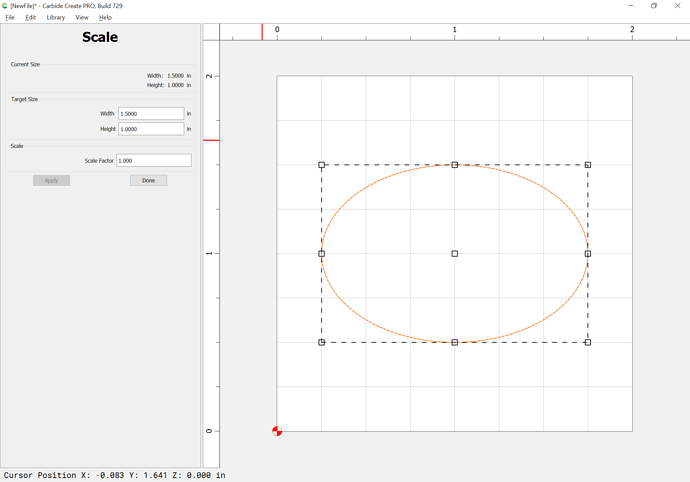 Correct, v7 in the free version stores G-code in the file itself:

After weeks of beta testing, we’ve released Carbide Create V7 with a lot of big changes. The download can be found at: https://carbide3d.com/carbidecreate/do...

Yup!! This is exactly what I was looking for!! Thanks for the easy demonstration!!

And thanks for confirming what I read about v7. I may have to look into CC Pro. But it’s a flat $120\year. I’ll have to take the 14-day trial for a test drive to see if it does more than Easel Pro which, overall, is more expensive but they at least have a monthly subscription.

Thanks again for the quick response!

I realize this isn’t what you asked for, but if you want a slot instead of an ellipse, you can create a rectangle with two circles on each end the same diameter as the height, perform a boolean operation, and Bob’s yer auntie. 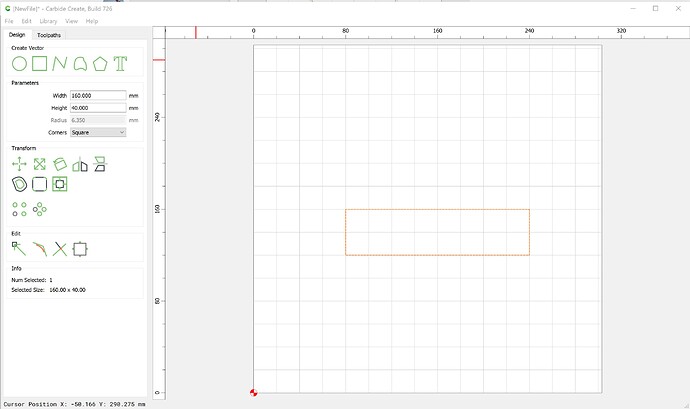 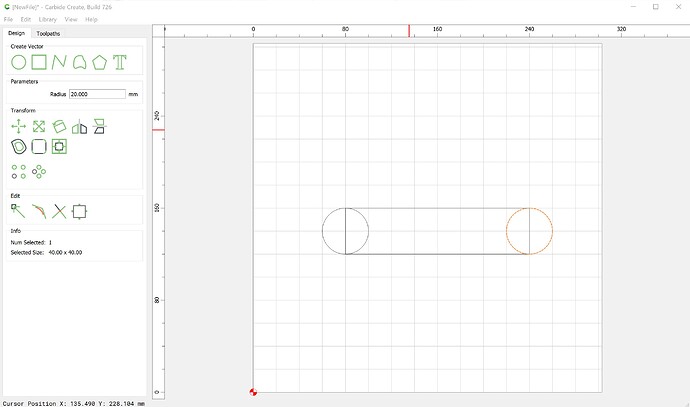 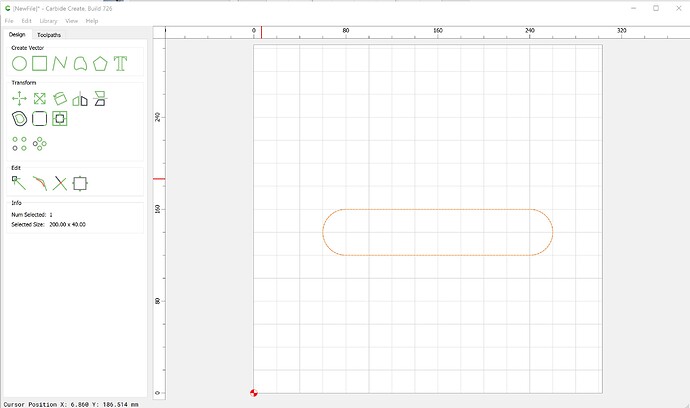 Note that one can create such a shape directly using the Fillet corner feature: 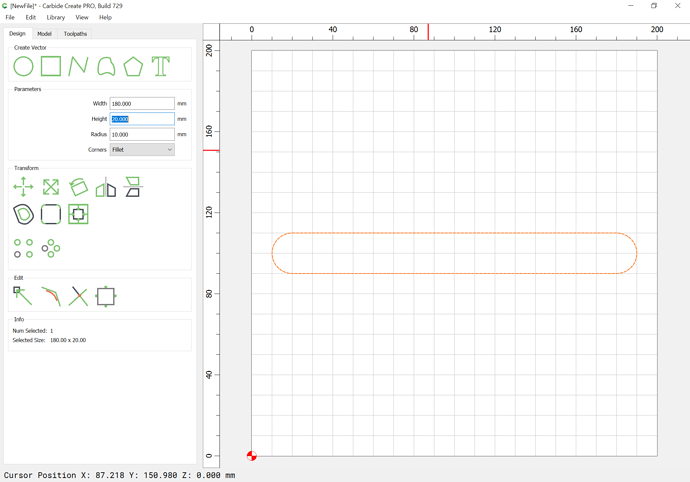 That would be the more obvious way to do it, but I didn’t think of it the other day when I needed one.

Now THIS is also handy!!! Thank you very much!!!

How did you delete the half-circle and the vertical line?

The command for that is Boolean Union (and there’s a new command termed “Weld” which will serve as well).

Alternately, use the Trim Vectors command to delete what isn’t wanted and then join what’s left together.

I’ll have to read up on these features. They don’t seem to be quite clear cut for me. Is this boolean feature available on the free version? Also, I can’t seem to get the “Trim Vectors” part to work quite right.
Thanks!!

EDIT: I found the boolean feature and it was very easy!! Thanks!!

If you get stuck on “Trim Vectors” post the file and we’ll walk through it w/ you.

“Trim Vectors” can be tricky. Sometimes vectors appear to meet, but when you resize you realize they don’t.

Where is the WELD command?
I just drew a rectangle and two circles ala the original post to try it out but cannot see it. 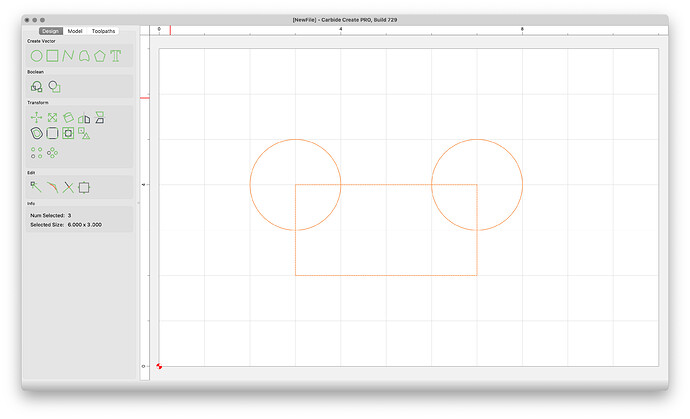 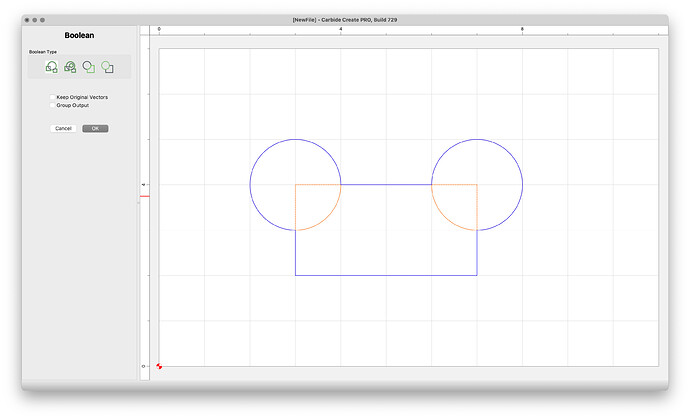 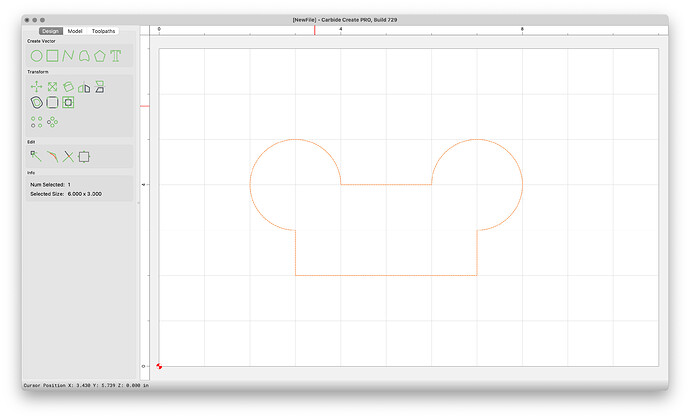 Ahhh…the latest Thursday version of CC!
The WELD command is quick. That’s something that will see a lot of use. Thanks.