Not sure if I should do this, its my first time … don’t judge.

What did you color fill the QR code with? And do people just use QR generators available on the web? Cool project; the interactiveness adds that extra dimension to a 2D sign.

Hi Brian,
Thanks.
This was a test for a later production product. I just quickly used some acrylic paint and sanded down. epoxy would have been better I suppose but taken longer. As you can see in the vid it worked. What I sort of hide is the original fail which was a smaller carve version which failed the resolution just wasn’t there. I used an online QR generator from a spotify link.
Edit: another interesting (I think) variation on this is to embed an NFC tag which is capable of so much more.

I’m waiting on some materials and my new Ortur laser to engrave the QRCodes, but this is a screen grab of my model. Just some coasters for now. I’ll post some actual pics when I’m all done. Design is in Carvco if anyone is curious. 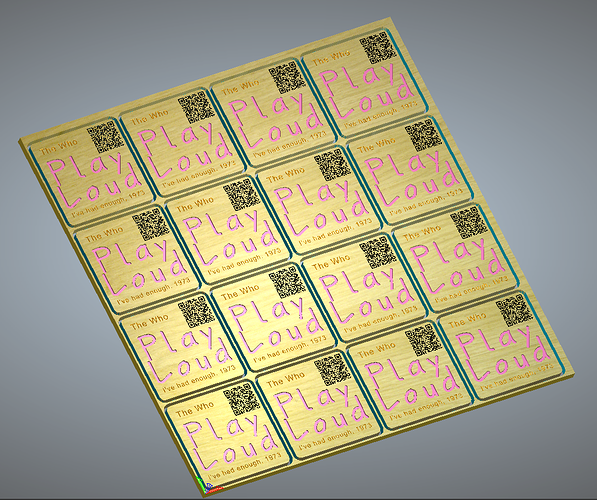