Hi I have a client that needs a poultry indentation - basically a chicken shaped recess on one side of the cutting board.

Im still new at all this CNC - what/how do I set up to do this. Think pocket but rather than all of it at .25 deep I want the center of the recess to be .25 but the edges to be at the top of board so it slopes from nothing to .25 deep in the center … does that make sense?

How do I do this?
Thanks
Robert

How much of the ‘pocket’ is at .25" depth? Are the slopes all different (depending on where they are), or all the same slope that ends on flat bottom?

If the second then you may be able to use Advance VCarve, if you have a V Bit that has the right angle for it.

If you want just one point at .25" depth, and then everything sloping towards that point, that’s a lot trickier

Do you have Carbide Create Pro? If so, model in 3D.

Spoon Possible without CC Pro? How To

Yes, if one either: sources a bowl bit which has geometry which matches the spoon one wishes to make or if one is willing to draw the contours and assign toolpaths for each layer of the spoon, see:

I do have carbide create pro

One point at .25. Everything slopping to that point 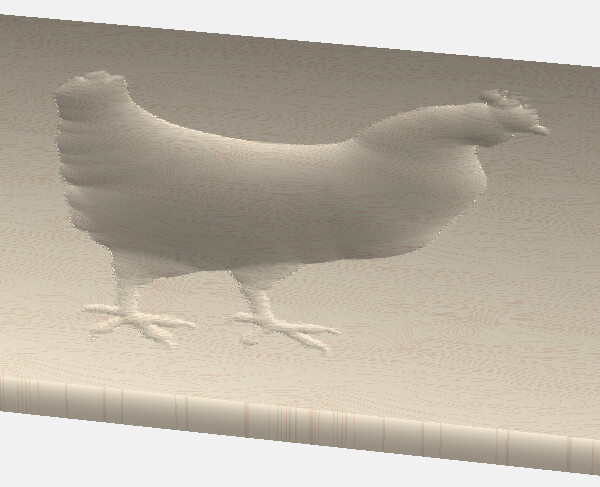 Draw the shape you want for the indentation, as well as the overall shape of the design. 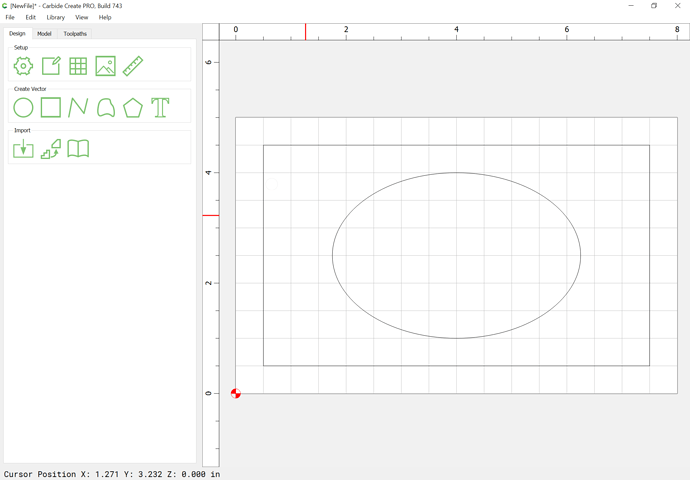 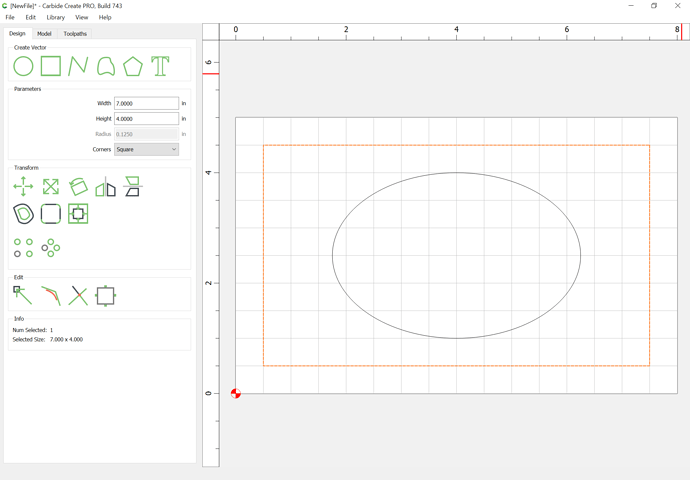 Model it Flat to the thickness of your stock: 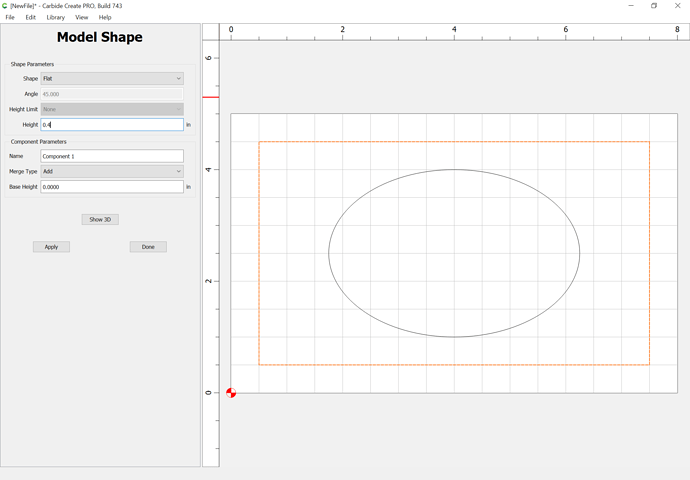 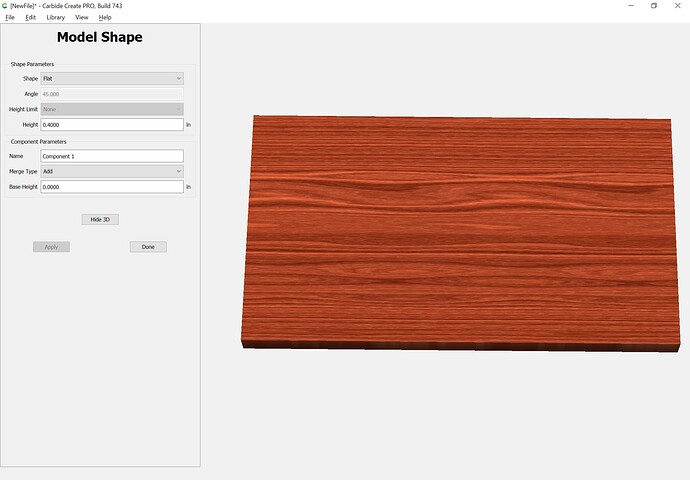 Select the shape for the indentation, model it:

and set the Merge Type to Subtract: 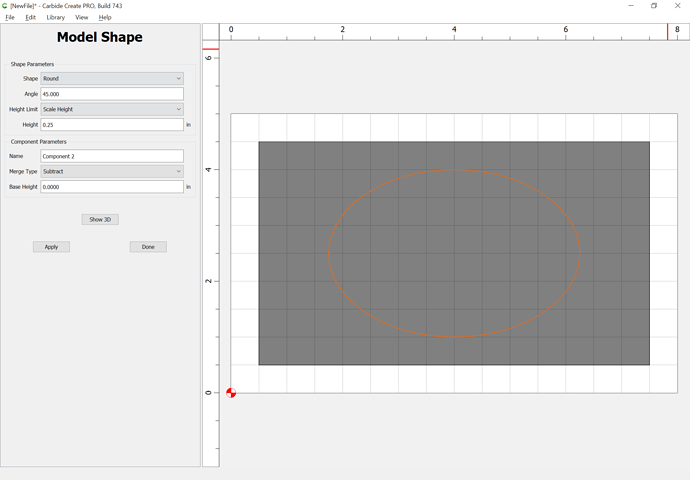 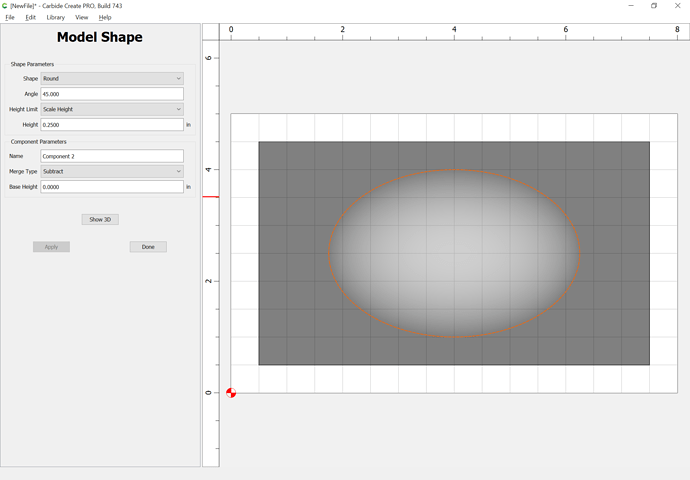 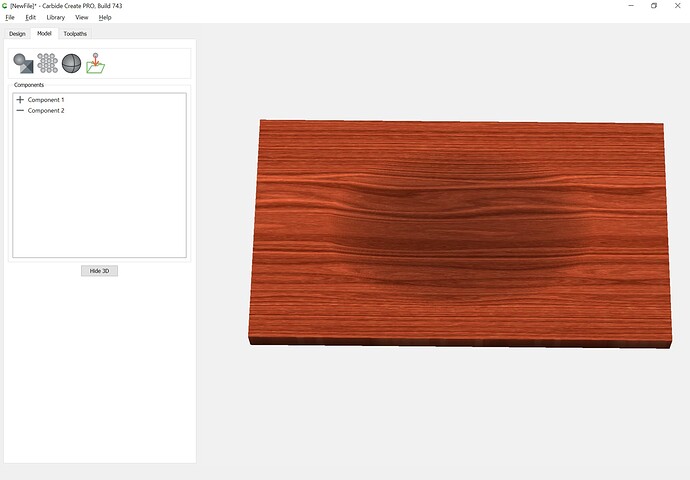 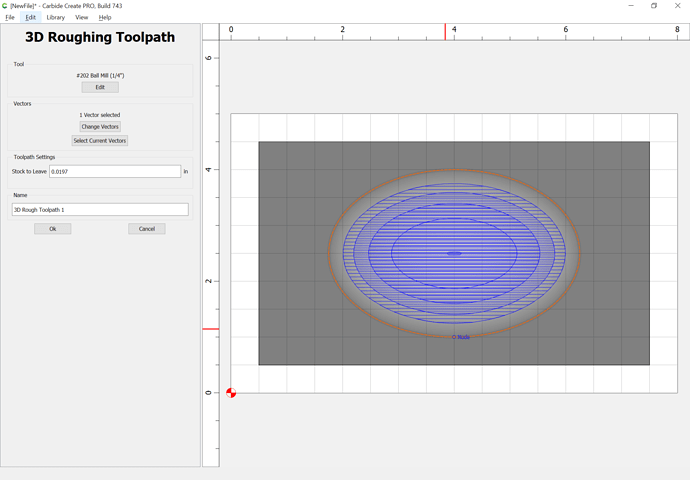 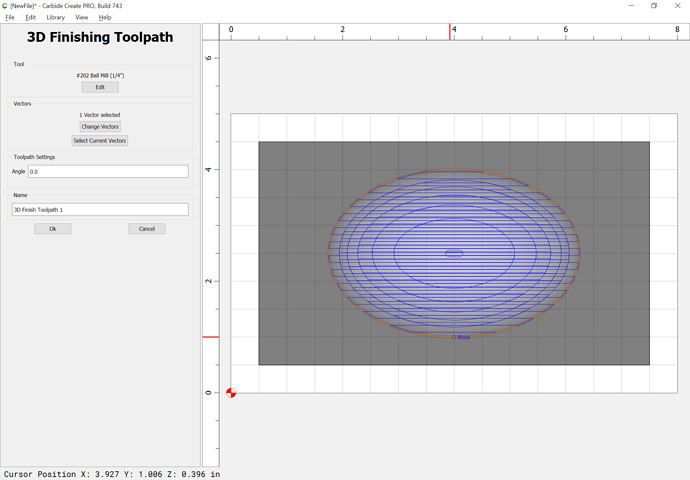 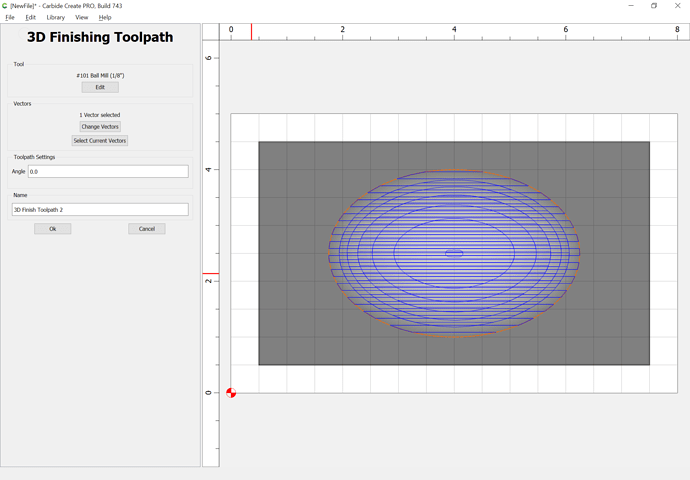 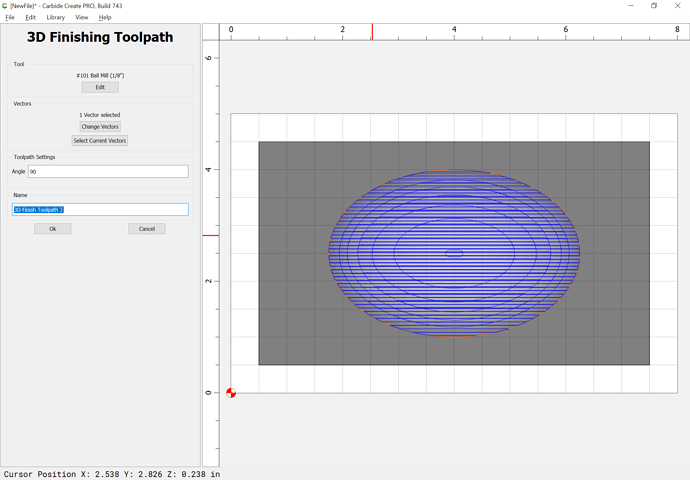 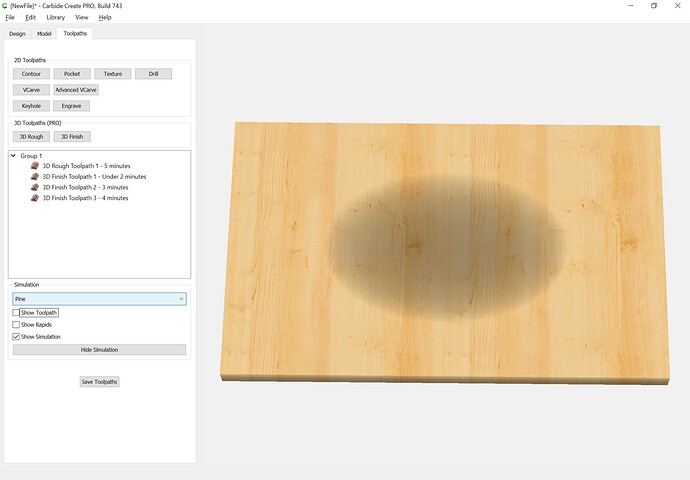 Will, love the screenshots and level of detail you have provided.
When modeling the depression, what effect does the 45 degree angle have on the outcome?
Also, what is the Base Height used for?

The specified angle will influence the angle used from the outer edge.

Base height allows one to set the bottom of the 3D model to be above where one was modeling, say if one wanted a pedestal.