Problem with toolpaths for curves

I have a cabinet door that I am trying to copy a curved contour. When I make the toolpaths the tool wants to put a line from each end of the curve??? Here is a pic of what it is I want to do. 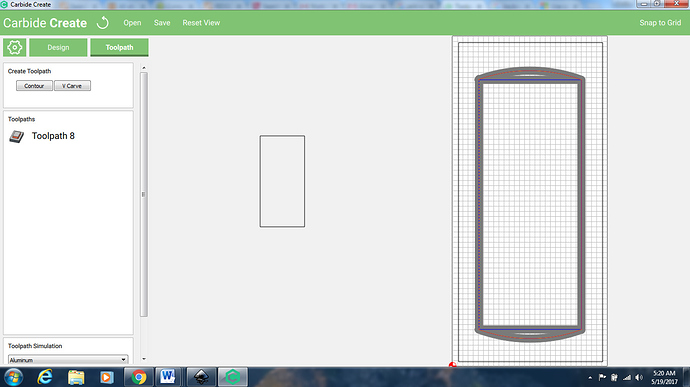 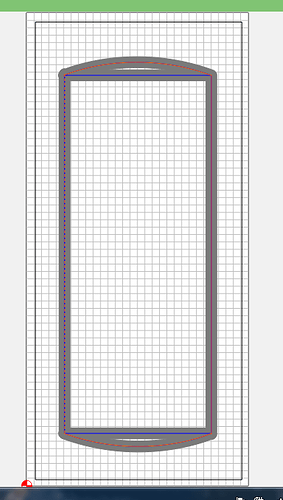 The toolpaths are open at each end. (open paths are identified by being in magenta — not sure why they’re supported if open paths are auto-closed, why not just close all paths)

You will need to close them manually. https://shapeoko.com/wiki/index.php/Carbide_Create#Features

You can close a toolpath in CC (after the fact) by using the line or curve tool to connect two end points. Then highlight and use the join feature.

I did get one of them to join in a previous try, but now I don’t have that option in Create when I highlight them. Not sure where that went??

When I draw it in Inkscape the vertical lines aren’t there.

thats all it would do

The drawing is actually all there — it’s just that the only thing which shows is what’s on the page. Enlarging the page allows the hole thing to show.

What you have is an outer rectangle which is a path with 4 nodes and six additional objects.

To fix them and combine them into a single path please:

You might also want to remove the gradient effect which makes the lines light grey.

Once you’re done you’ll have a file like to: