It’s a very cool project and I’ve been following it as well. I’ve got two nearly new 5.25" Kicker full range speakers that I pulled from my “Let’s see how much $$$ I can spend to replace my truck stereo” project a couple months ago that I’ve been thinking about turning into a bookshelf speaker for my iPad. Won’t be nearly as cool as yours, but you’ve given me some inspiration!!!

Thanks guys! I really appreciate it 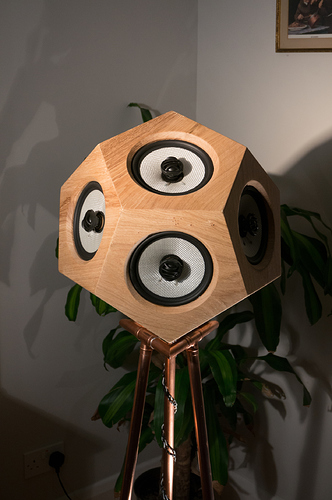 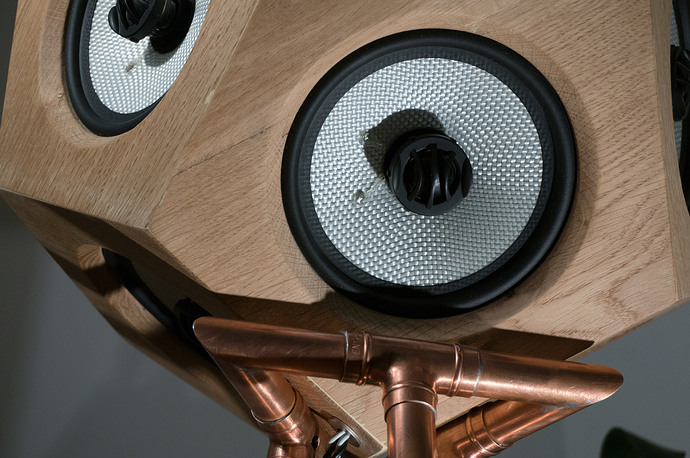 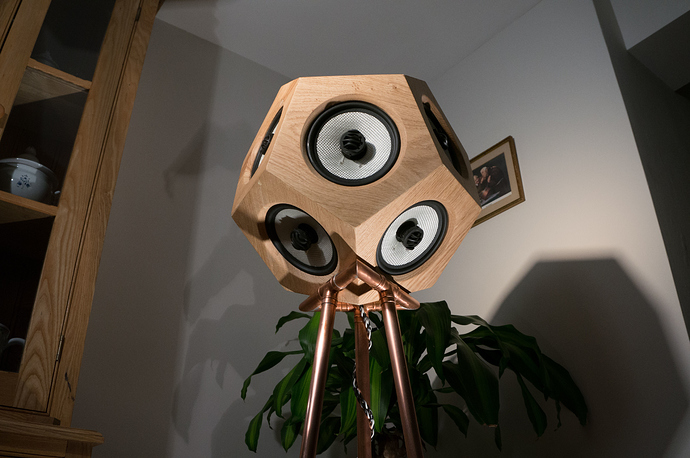 Looking good there, @nick that is a thing of beautiful engineering!

I’m wondering how it sounds, since its all actively driving in on itself and there are no resonance ports? It looks gorgeous though.

How heavy is it? Might be good for an outside yard speaker.

Thanks guys! Yeh sound quality isn’t amazing due to the reason you stated along with the less than great quality of the drivers but i’m quite happy with looks which was the main aim in this case!

fairly heavy… the actual dodecahedron itself weighs about 20kg!

Maybe try this project with half the speakers and fill every other hole with screen for some resonance?

I have wanted to do another speaker project for a while since my last one turned out surprisingly well!This time though I wanted to go big and make something crazy...

I’ll be happy to answer any questions you have; here or in the comments section of the video/instructable!