I have wanted to do another speaker project for a while since my last one turned out surprisingly well!

My latest project! Honestly surprised myself at how well this one turned out! I have 3 friends already who want me to make them one, CNC never ceases to amaze me! Believe it or not the entire case was made with the Shapeoko 3

This time though I want to go big and make something crazy with my Shapeoko and this topic will serve as my progress write up for the project. When it is all completed I will make a video too 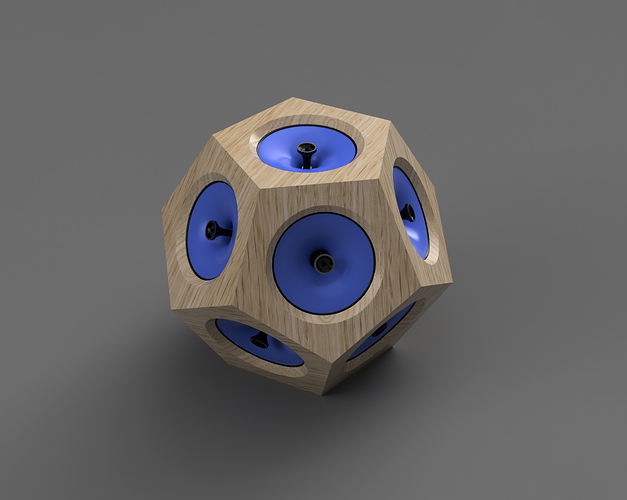 All projects start with a design and since I know that I want to make a dodecahedron I didn’t feel the need to do sketches but simply constructed the regular geometric shape in Fusion 360. I normally use Autodesk Inventor but I have heard some good things about the integration of Fusion and Autodesk Cloud Render which I use regularly so why not give it a try!

The speakers I am going to use are some fairly cheap ones from amazon which have a built in tweeter so no need to have to source them separately and organize them around the shape. 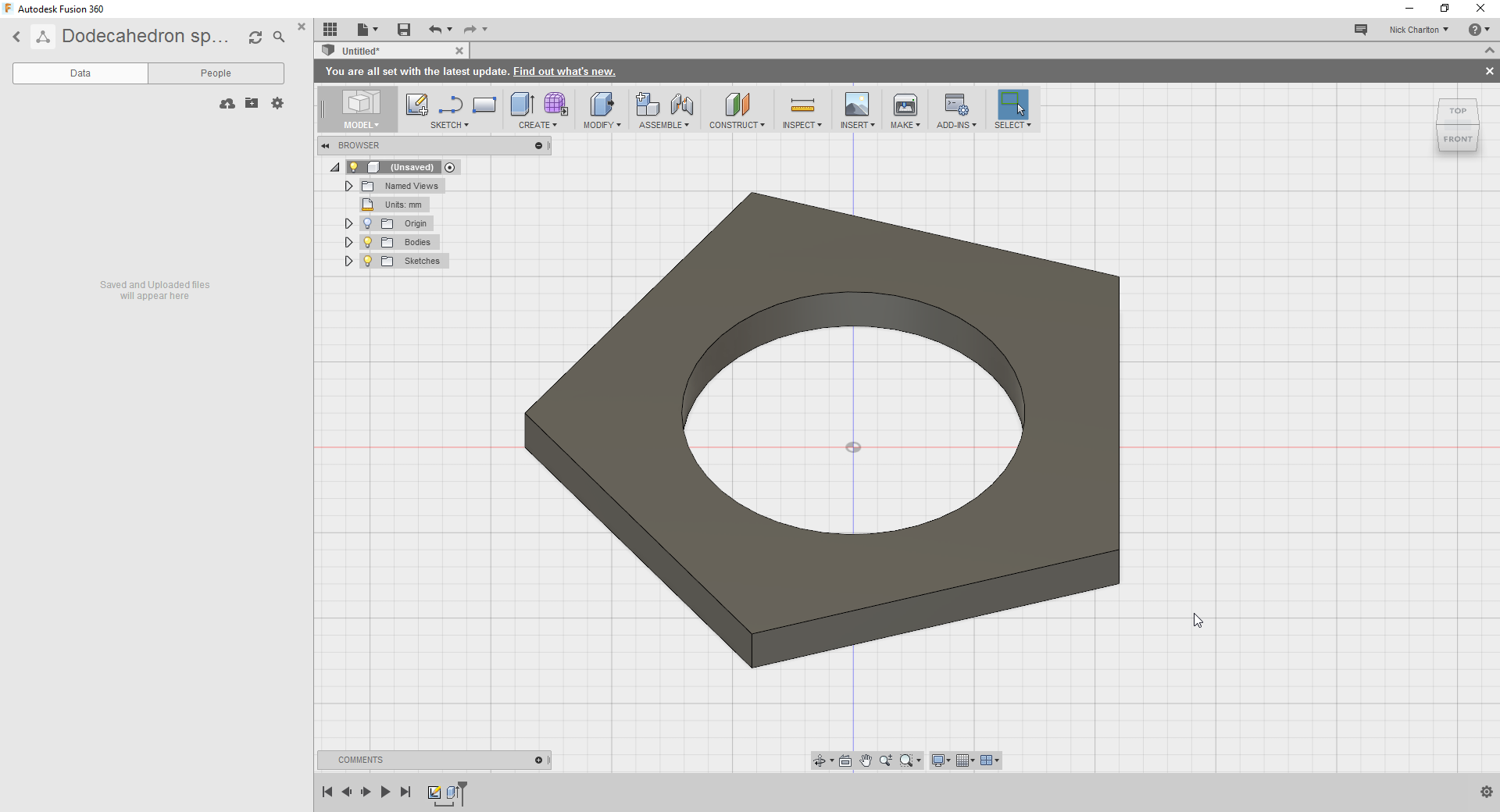 I started out with a regular pentagon in Fusion 360 and made it the thickness of my material (20mm White Oak), pocketed a central hole that is just bigger than the main part of the speaker. 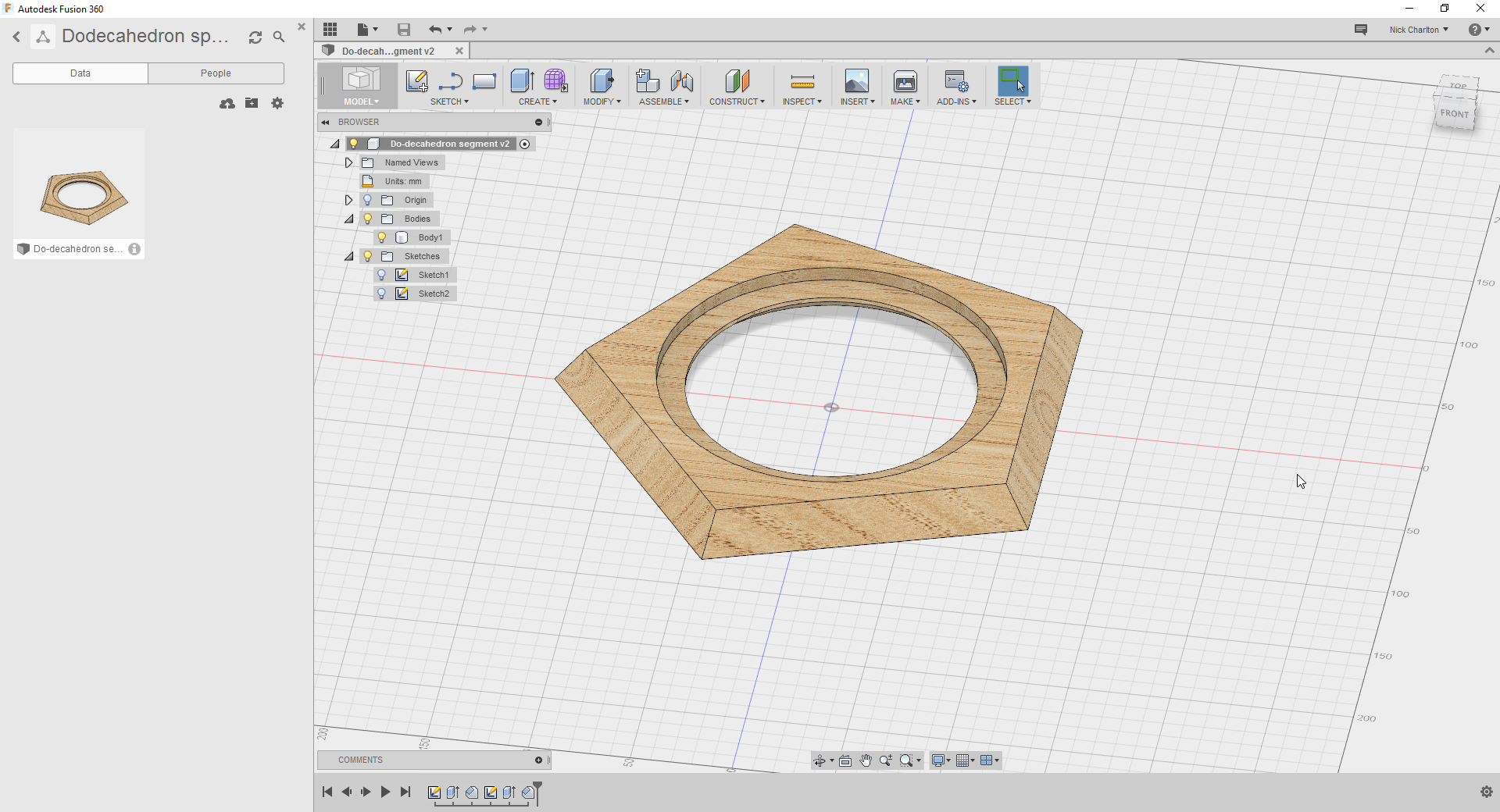 Next I cut the chamfers that allow the pieces to fit seamlessly together (in theory). For a dodecahedron the dihedral angle is 116.56 degrees which means each segment must have a chamfer of around 56.28 degrees. I still haven’t decided whether I am going to 3d machine this or cut it on my compound miter saw… I also added an oak appearance to the model at this point. It looks so much better in Fusion vs Inventor! 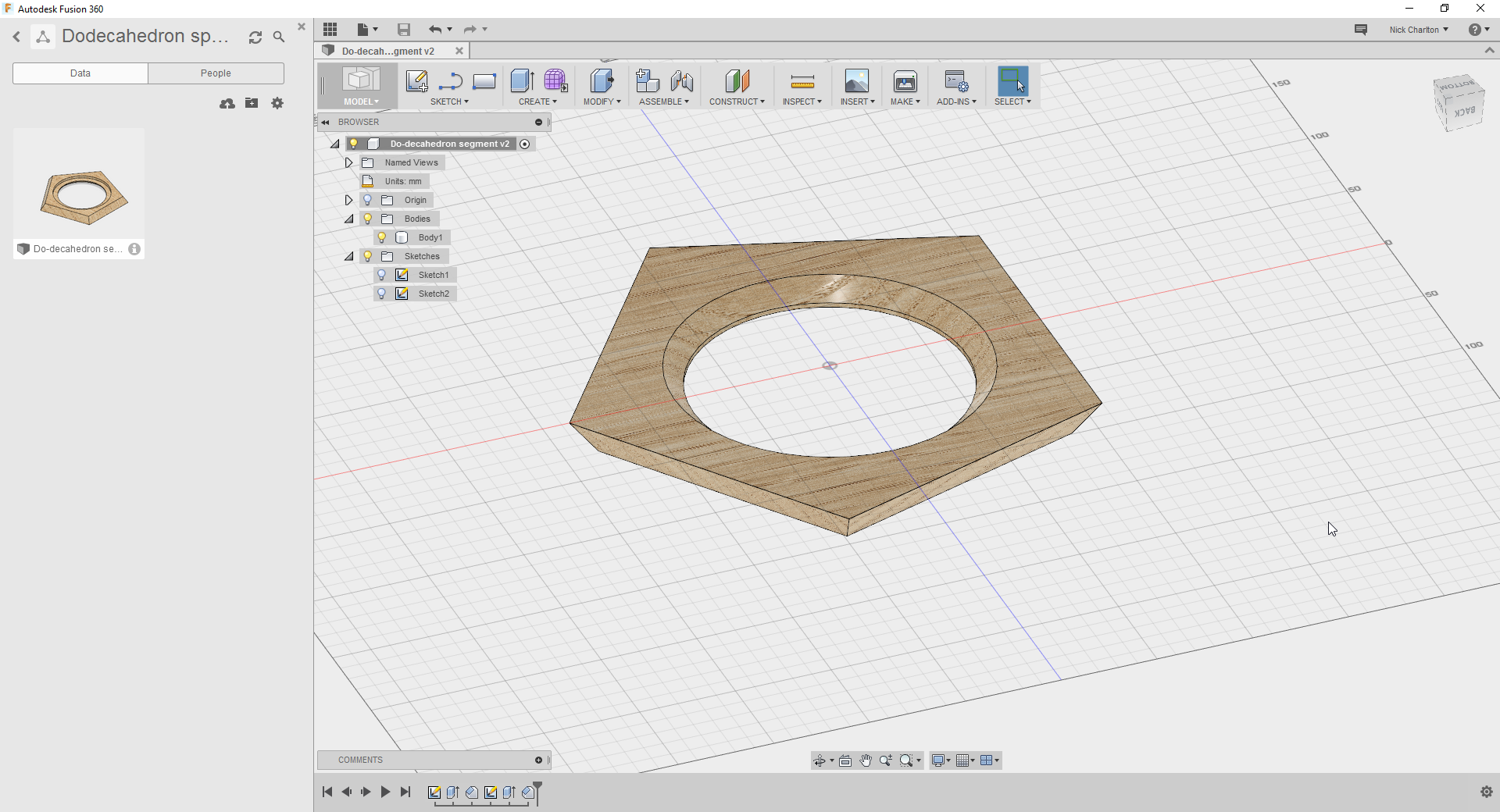 Chamfered the edge around where the speaker will show for aesthetics. This won’t be CNC’d, I will use a router instead. 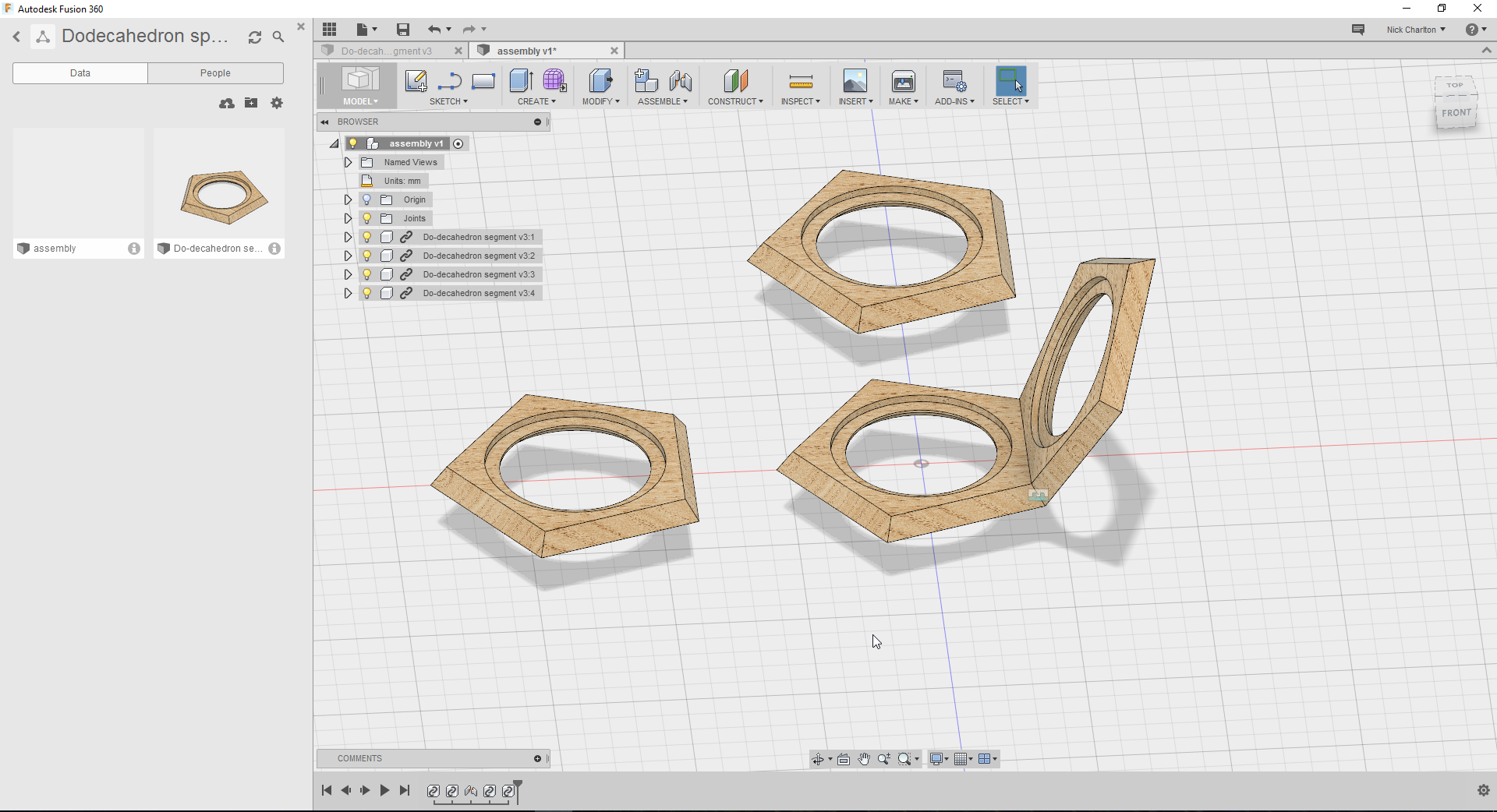 Starting to assemble the pieces. 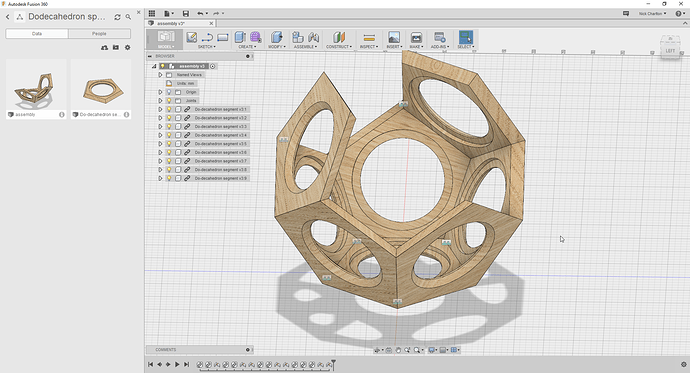 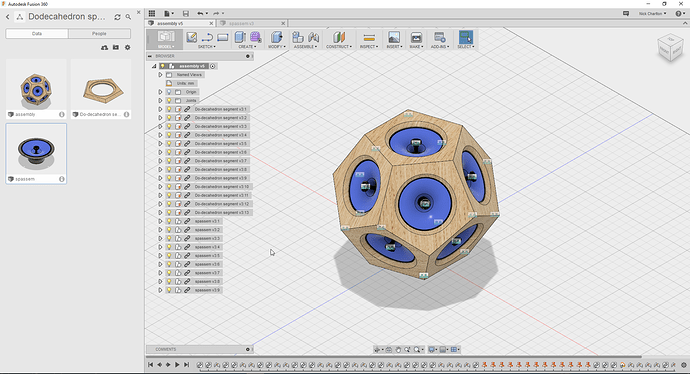 Added some speakers cones I got from Grabcad.com. Couldn’t find a model for the ones I have but it would have taken along time to model them from scratch so this will give the general idea of the speaker and will allow me to do a nice rendering!

Here is a quick render that I did. I am not sure about the stand or what orientation the speaker will be. I envisage a polished copper tube stand with the dodecahedron sitting with a point pointing up, but i’ll cross that bridge when I come to it!

Step 2 is getting the material sorted and protyping

I’ve made a few polyhedrons with my Shapeoko. I can tell you right away where the grain is cutting across the very tip of the corner, that those might break off during milling or handling and assembly.

My recommendation would be to add some thickness to the bottom (outside face) of the polygons to reinforce the tips, and then sand the faces down after assembly.

Here’s an extreme example of what I’m talking about with some 5-pointed stars that I recently milled. Your corners obviously aren’t as sharp as these, so it will be less off a problem. But doing this will help you achieve sharp edges on the final product. 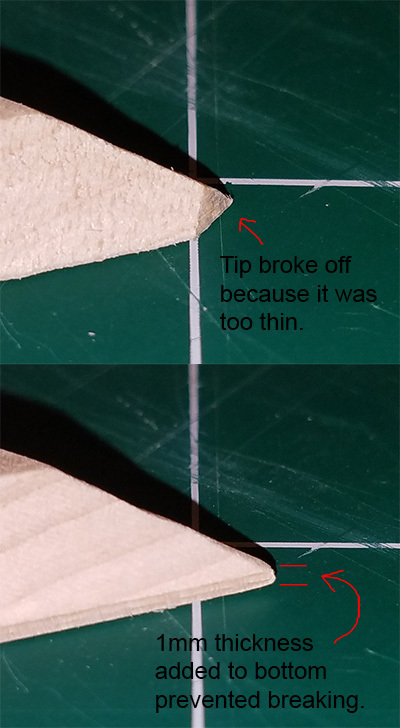 Looks dang fine to me! I’ve always wondered what the sound is like from one of these.

Thanks for the heads up! Will definitely bear this in mind 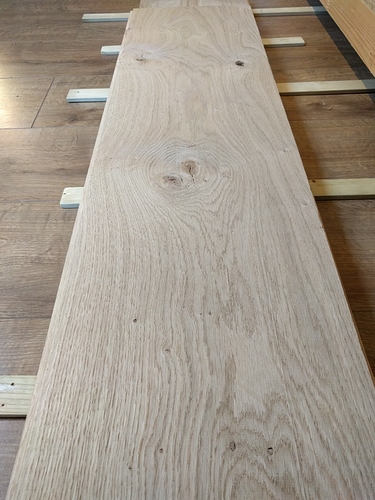 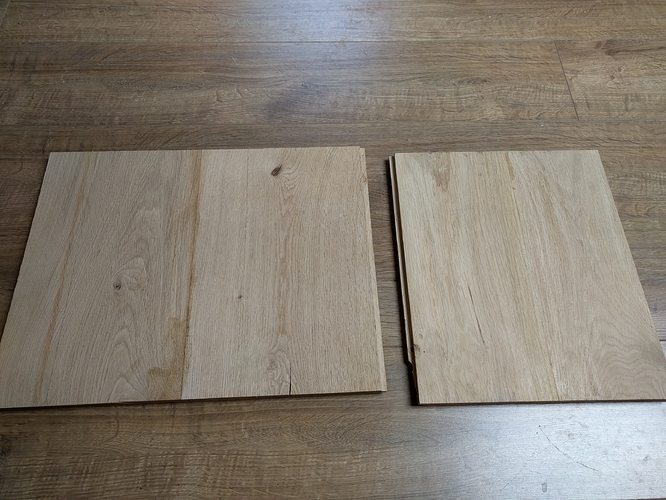 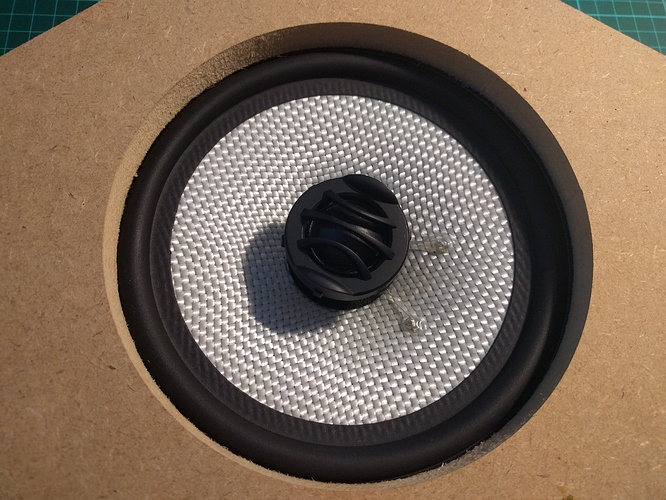 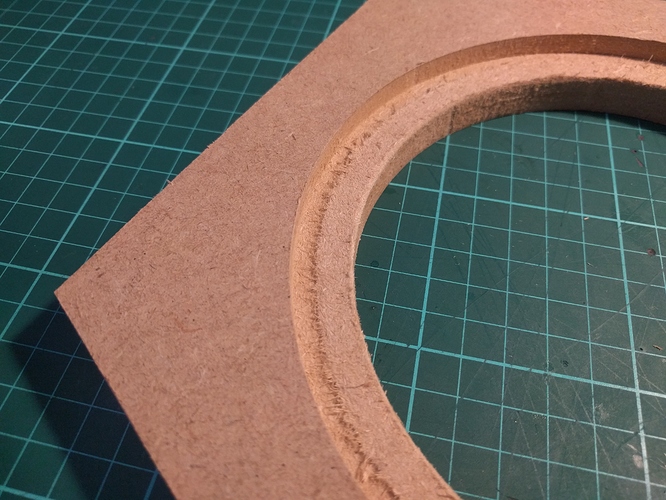 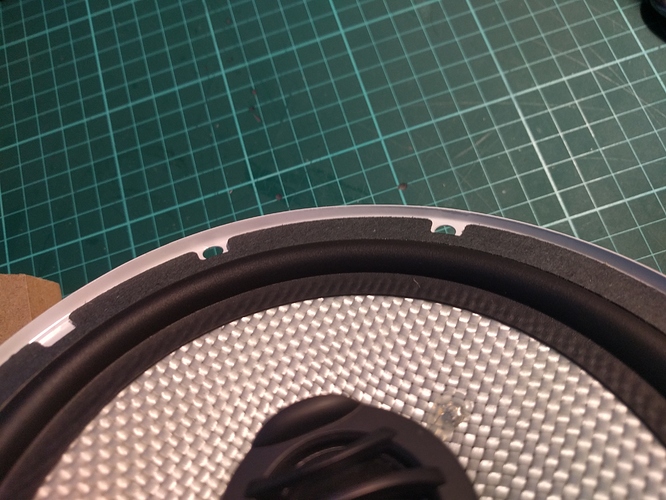 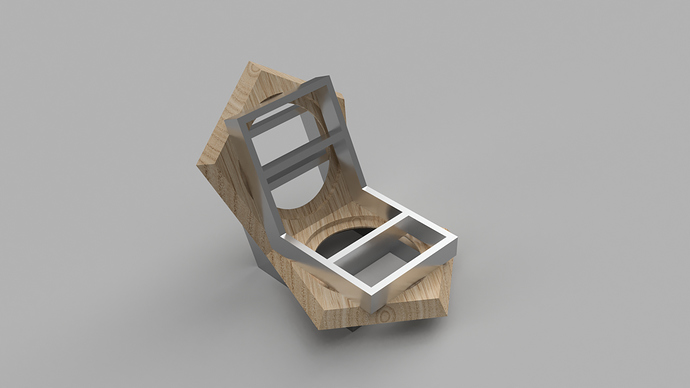 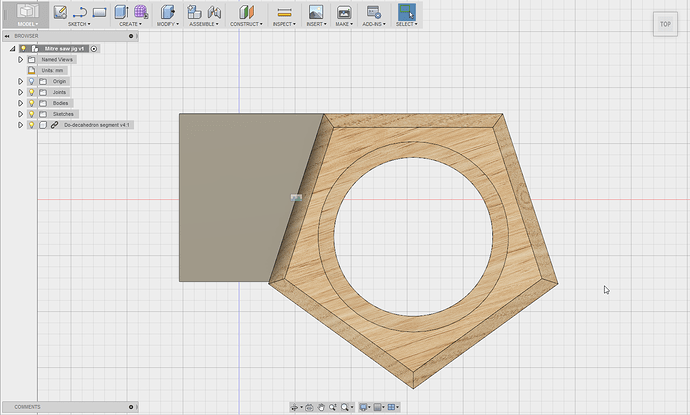 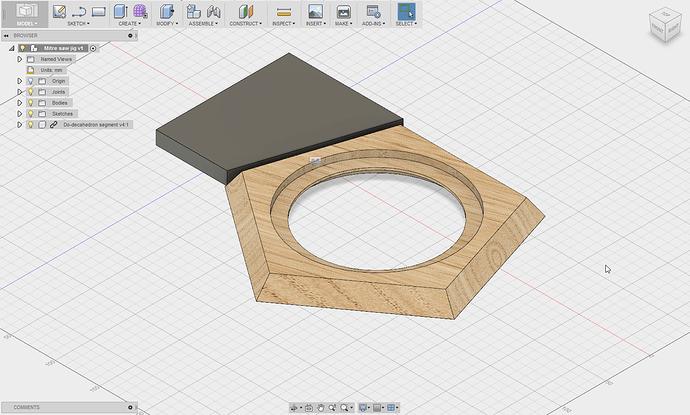 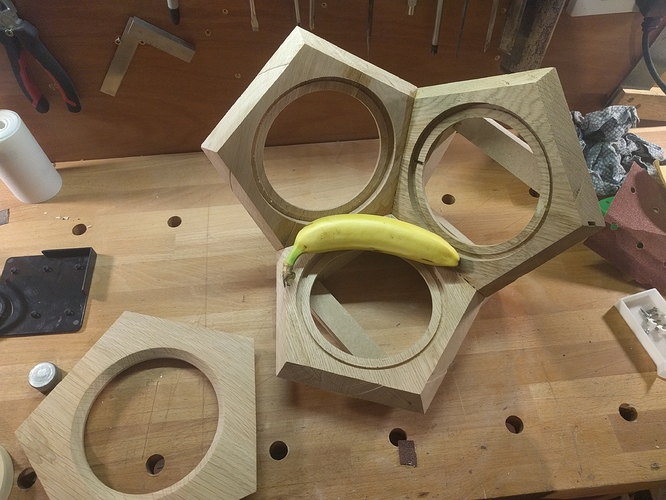 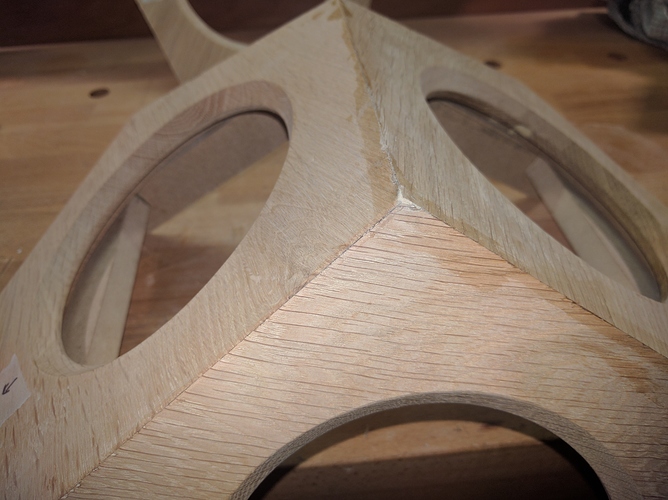 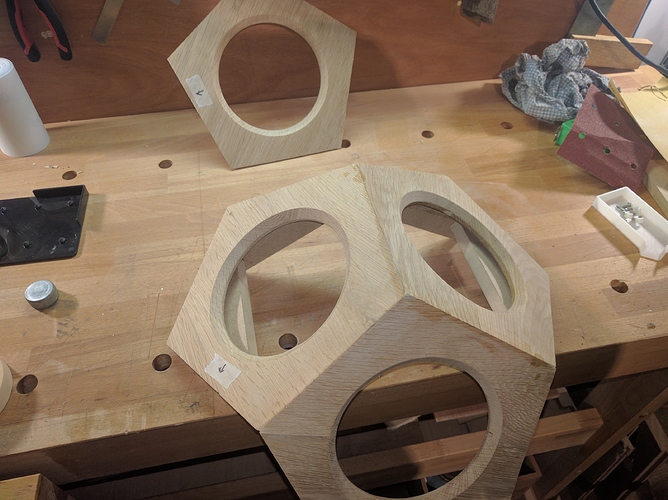 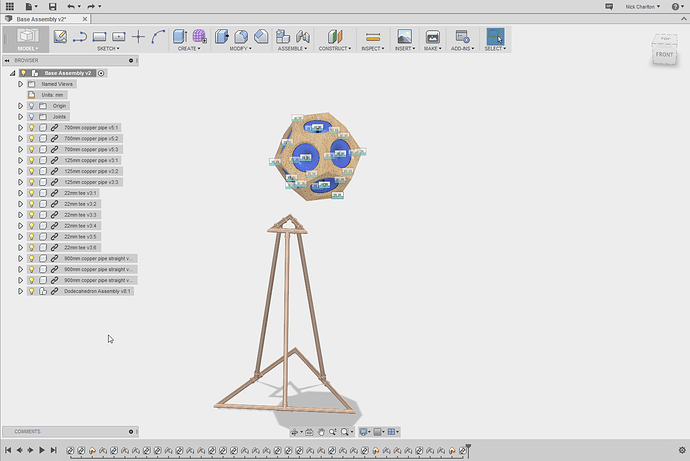 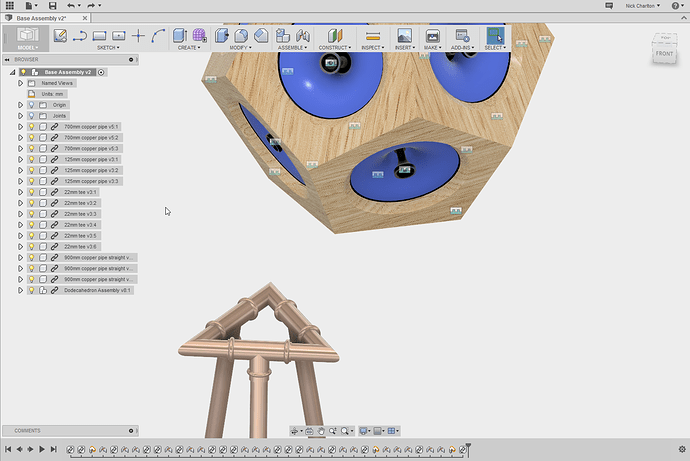 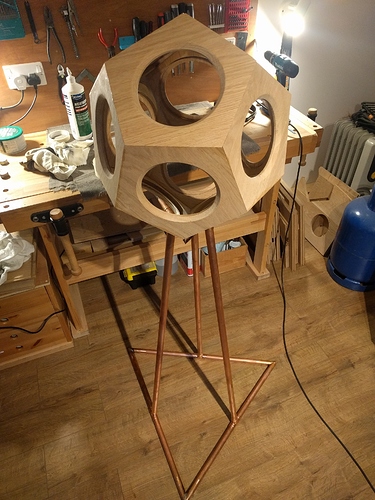 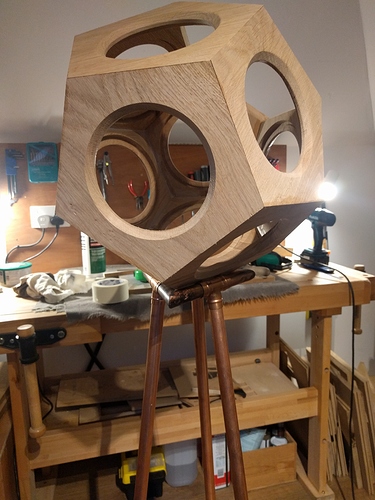 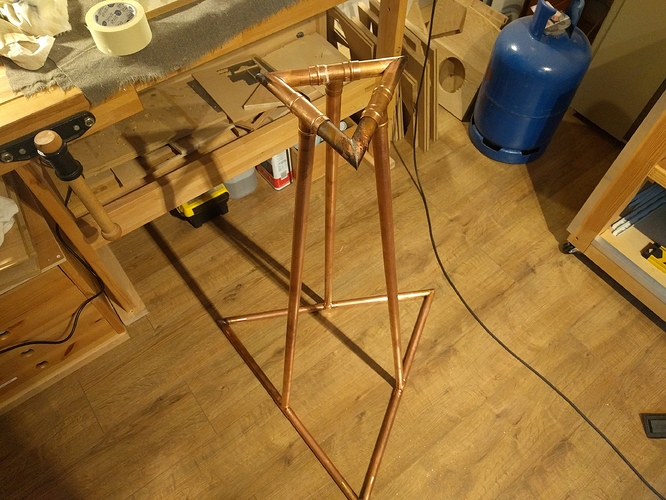 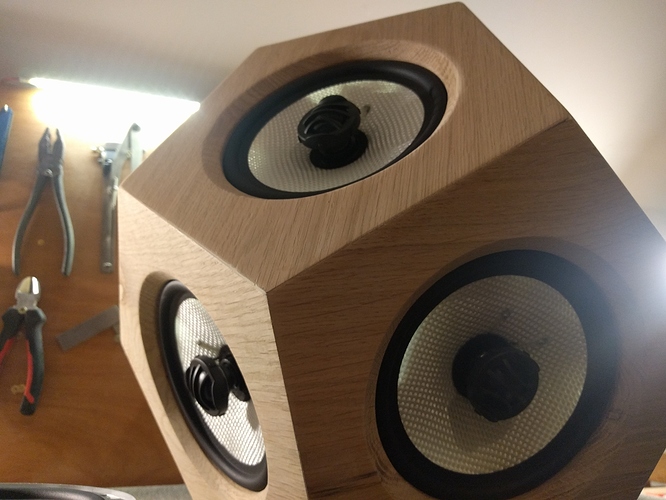 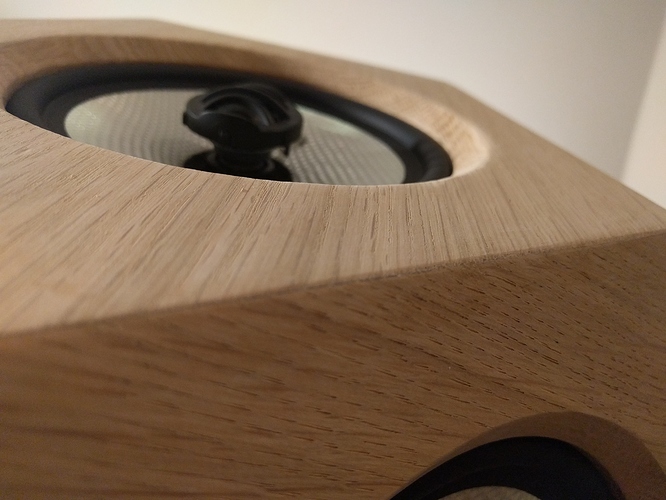 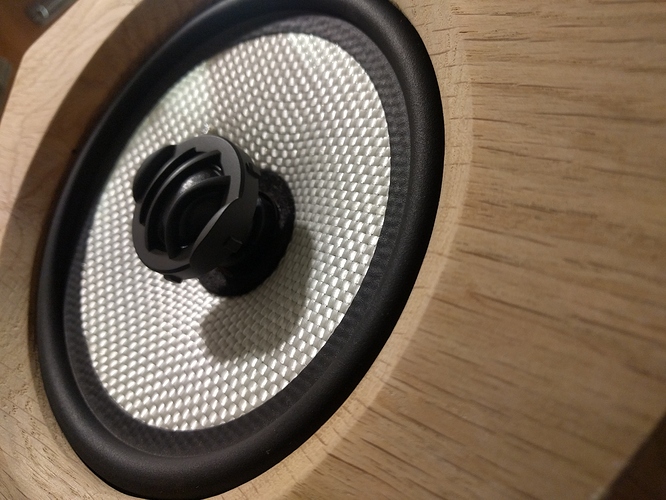 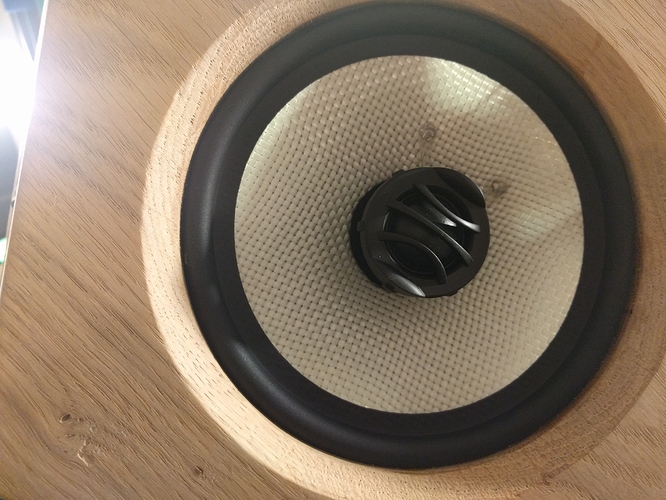