Question about Bits, Speed, and Feed

I am awaiting the delivery of my XXL, and I have a noobie (newbie) question.

Does this mean that the 1/2" deep cut will require four passes at the 2xD rate?

what kind of cut do you want to do that is 1/2" deep ? That tapered endmill is perfect for finishing passes on a 3D carve, but you cannot really remove large amounts of material using that endmill only.

You would typically use a large (1/4") square endmill for roughing, and then switch to that 46282 for doing raster passes to reveal the final 3D shape, removing little material at it goes.

Note also that the depth per pass recommended by Amana may not apply directly to a Shapeoko…we tend to use shallower passes.

Your math checks out, but I’m not sure you would want to run a cut at 2xD with that kind of endmill for e.g. a full carving, it would probably take forever to carve 1/2" deep over a large area (the diameter at the tip is 1/16", so the stepover would be typically be 1/32" or less…)

This will be a defining cut to which the rest of the work is carved. I have historically done this with a handheld router, but the Shapeoko will make things much simpler. 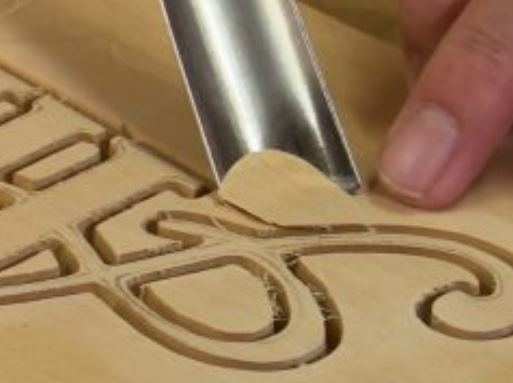 Any reason you would like to use a tapered endmill? Just being curious. What kind of tool were you using when you were doing it manually with a handheld router?

I have always used the same Amana endmill. This is how I learned and it works well for what I carve.

Thanks, interesting.
I will note that Carbide Create does not support tapered endmills, but you could still declare it as a square endmill of the same diameter to generate a toolpath. The preview won’t match what you would actually get, but apart from that it would be ok.

Is there software that does support tapered endmills? For what I do, it probably won’t matter, but it would be nice to know.

MeshCam, Fusion360 and Vectric VCarve (among others).
Most of the time it does not really matter as one typically only uses the tip to carve, and this can be modeled as using a regular ballnose tool, but the deeper you go the more sense it would make. Note that you could still use Carbide Create for creating the toolpaths, and then you could still get a realistic preview by loading the generated G-code file in CAMotics and define a tapered tool there for that toolpath.