Question on how to make curved sided depressions

Newbie question here. What is the best way to make large radius curves on the inside of a pocket? Imagine a shallow dish or something like that? A large diameter bowl bit seems like too much. Do I have to “sculpt” it using a smaller round nose end mill?

One can do up to the largest endmill one can safely use in a single pass — I’ve got an example in the photo-redrawing tool-kit tutorial of using a 1/8" endmil for a rounded bottom on pockets: https://www.shapeoko.com/wiki/index.php/Carbide_Create_Photo_Tracing

For larger than that, yes, a ball-nosed endmill and a suitable path — unfortunately there aren’t many (any?) CAM programs which allow one to do a curve along the XZ or YZ planes (which is a feature I’d really like to see added to Carbide Create) so one pretty much has to do 3D modeling / CAM.

They say a picture is worth a thousand words… 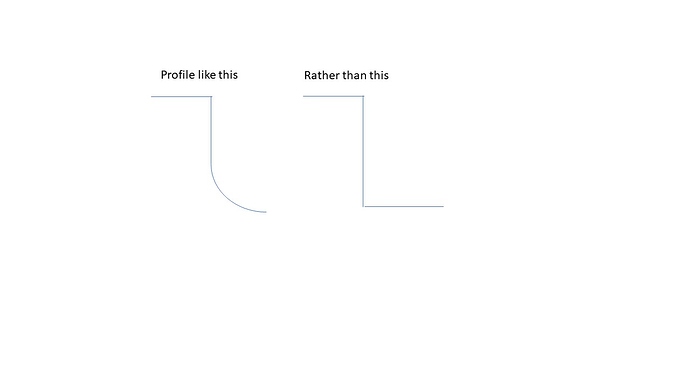 See the attached picture. What I am making is a game board that involves chips and I want to be able to easily scoop the chips out of the recess. the square profile that a standard square end mill gives will be harder to empty than a rounded one.

While ostensibly one would need a 3D modeling program to do that — w/ a bit of patience and math (or drawing) one can do a series of profiles w/ a ball-nosed endmill which would achieve what you want.

Looks as if 5 or 6 manual paths would work well:

More of course would help the appearance and reduce scalloping.

Just do the math to determine where a given inset should be and at what depth it should be cut at.

I did this in Fusion 360 to cut a bowl shape into a cutting board. I drew a profile just like in Will’s drawing and then rotated it around the right vertical line. Then I used a variety of Fusion’s 3D tools to clear and finish. That was fine for doing one curved surface; I don’t know how I would do bunch of them if you were building a tray with a bunch of compartments. This is what it looked like https://i.imgur.com/rCigbpG.jpg . I did another one with a less gradually curved vertical wall, which was just adjusting the profile before I rotated it.

I would recommend Fusion 360 for this sort of thing as well. I use Adaptive 3D Tool paths followed by Parallel Finishing 3D Tool Paths with ball end mills to interpolate 3D carved surfaces. Its not an easy program to learn, but I consider it time well spent since it has so much more capacity.

A bit more information about exactly what you are trying to do would be helpful, as there are a number of approaches that will vary with the desired result and your level of skill/willingness to dig into the tools.

For example, a form I was dealing with recently is a saddle surface model for use by a calculus class: 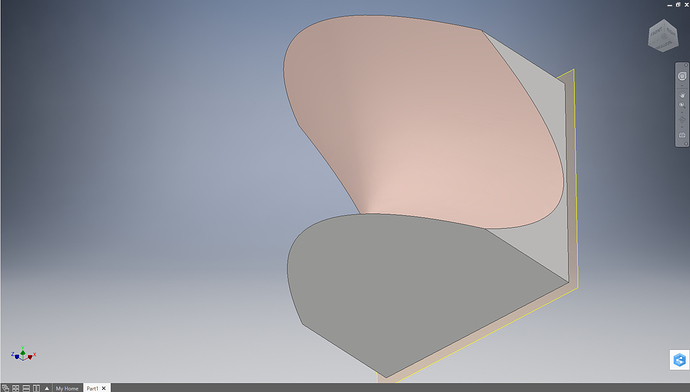 The tool was Inventor, but Fusion360 would be just as good. The machining specification was the interesting part. I used the 3d adaptive with a square nose bit to rough (leaving about 0.25mm) and finished using a 1/8 round nose. The larger the round nose, the better the finish, as long as it isn’t larger than the radius you need.

If you are not sure what tool to use to build the model, or are using a particular ool, then that information will help give a more specific solution

Thanks for all of the options. I am in the process of learning Fusion 360 so it might take me a while, but it looks to be the best tool for the job. I may try the “manual” route that Will suggested just to see how close I can get.

The only straight-forward trick in Carbide Create would be to use a suitably-sized ball-nosed endmill — alternately, if the part geometry allows, @ItsDan’s suggestion of a bearing-guided bowl-making router bit is a good one for doing it by hand.

I’d probably rough out most of the shape with a 1/4" mill then do a final pass with something like this if I wanted to keep it all on the s3. 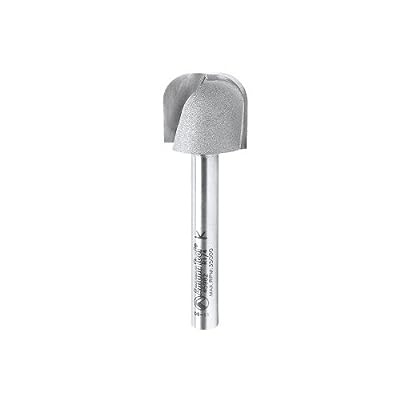 I have used a Freud 5/8" Round Nose Bit on my SO3 for making marble pockets for 5/8" Marbles from Moon Marble Company for Chinese checkers, Halatafl and “The Marble Game” boards as well as a finger groove for the peg pocket for my cribbage boards. I run it slow (like 10 IPM) and 18K RPM. I am sure I could run it faster, but I am a baby and I don’t want to find out what happens when I do. 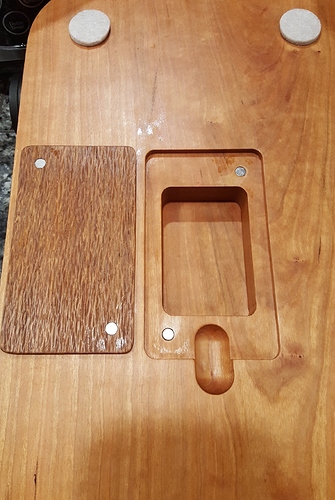 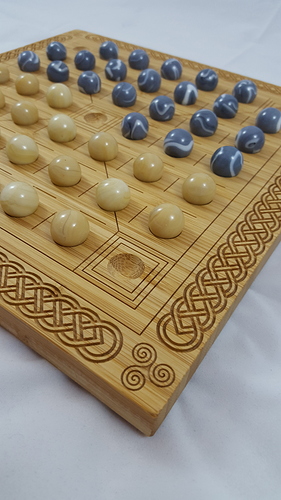