I posted a month or two ago about my wavy cuts on the X axis. A kindly member told me my wheels were likely the culprit.

It was a small amount and I decided to leave it until later.

Later is today. I made a square 4" acrylic test piece and find that the waviness is complimentary at the top and bottom of the square. That is, the concave line at top matches a convex line at the bottom. And it measures approx. 005" or .006". So it would seem pretty clear to me to be a wheel issue.

I have wheels and I’ve replaced one or two. But the other day I was reading about the proper degree of tightness on the bottom (eccentric) nuts and someone said only tight enough that the wheel spins, any tighter and the wheel just wears faster. Is this correct?

Is there anything written on the matter or anything definitive to follow on getting this right and avoiding trial and error?

Correct, the wheels need to be just tight enough to want to move the attached plate when they’re rotated, but no more than that (which is what the assembly instructions should describe). This is also discussed on the wiki: https://www.shapeoko.com/wiki/index.php/Makerslide#Tightening_V-wheels

Please contact us at support@carbide3d.com and we’ll get you some replacements.

I notice that the assembly instructions say that one should only ever turn the eccentric nut clockwise, and also to be careful not to overtighten. If I want to loosen a V-wheel but only turn clockwise, I will have to turn the nut through the point at which it is as tight as possible to eventually get to a looser point. Anyone know if this ok to do or will it damage the wheel?

Delrin is tough, and will recover from quite a bit of abuse — doing that should be fine.

That said, I find it’s better when adjusting the V-wheels w/ the eccentric nuts to use an Allen wrench in conjunction with the 8mm wrench and rotate the whole thing as an assembly.

Thank you again for all your help. I find a lot of the stuff you post but not all of it. You are truly the guru of Shapeoko links.

I swapped the four wheels on my X-axis and can report that my wavy X-axis lines are a thing of the past. I have a Starrett 12" straight edge and I cannot get a .0015" feeler between that and my workpiece anywhere.

The finish on the X-axis is now the same caliber as it was on the Y-axis. If you will recall, I previously mentioned I was getting a rougher finish on X. Pretty happy with that!

I also seized the opportunity to adjust the belt pulleys on the X-axis as high as they could go. I can now fit a couple of playing cards (.02") between the pulleys and the extrusion.

I’m approaching the point where I am the weak link (how I generate the code, etc.) on this machine.

Don’t forget to vote for the"guru" when the polls open.

Can someone help me? I’m in the process of replacing my V wheels, as I was removing the old wheels I notice some had a small washer, some did not. Should there be a washer between the wheels and bolts? if so, where exactly does the washer go?..thanks

The ideal would match your assembly instructions:

and ideally, they would all be consistent — there’s a precision shim which goes inside the V wheel, and then there should be one between the wheel and the plate.

If you’re short, let us know at support@carbide3d.com

I’ve read, read and read the instructions over and over again but don’t see any mention of washers

That’s because they come pre-installed. 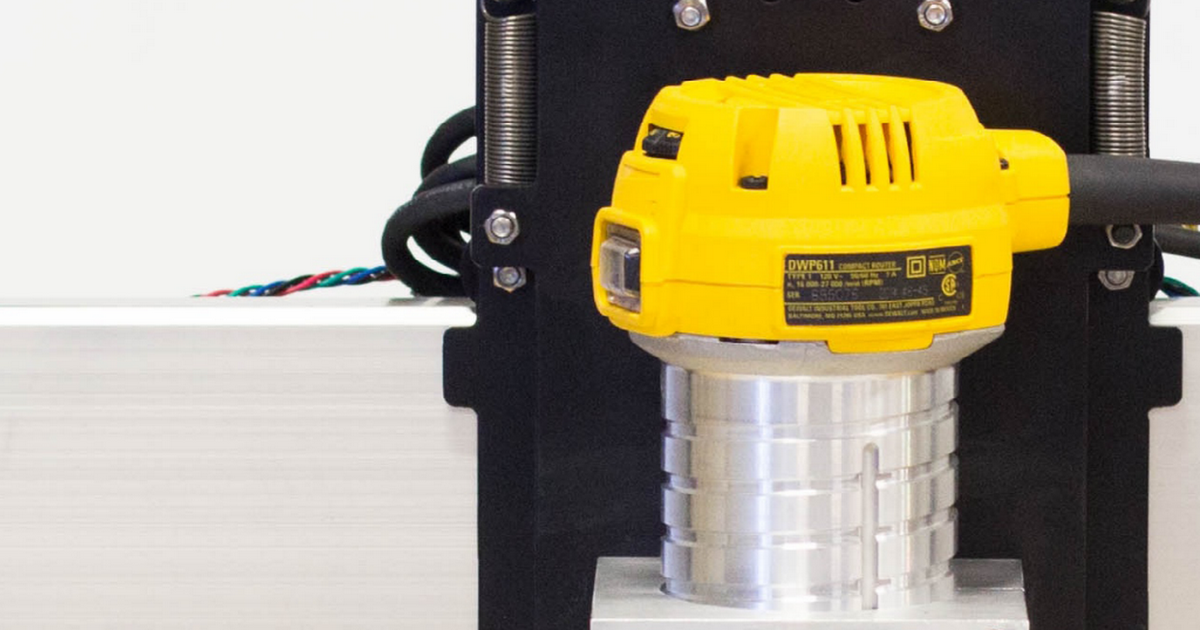 The wheels I ordered and received from Carbide ID NOT come with washers, I’m holding them in my hand right this moment!

If you need additional washers, let us know why and how many at support@carbide3d.com and we’ll get this worked out.

It may be that the later machines don’t need as many — it might be that the bearings were changed.

I just went to the local hardware store and purchased some, thank you