Finally received my Shapeoko 3 (yesterday) and spent a good part of today assembling it. 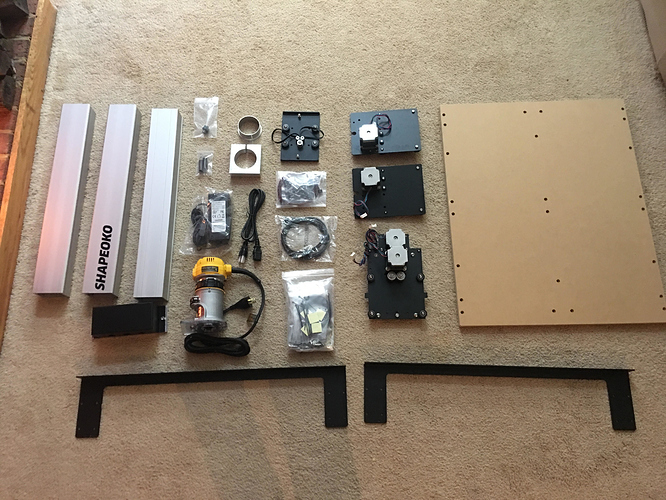 I found all the parts to be both included and well made. Using Carbide Motion, i was able to test the machine moved properly. I plan on testing my “Hello World” cut later this week. 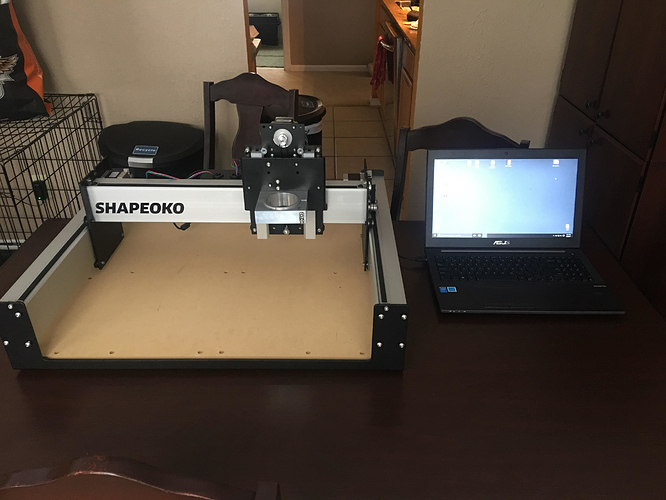 Thoughts on the build:
I could definitely tell that a LOT of stuff was done for me compared to other versions of the build referenced in the wiki and carbide’s own instructions. It turned out that the supplied instructions really were pretty awful as many have pointed out. The build took me roughly 4 hours from unboxing to testing. I’ll admit, I spent a solid 30 minutes figuring out where the two springs went on the z-axis. The technical drawings the wiki referenced slightly different parts than i had, and the photo in the supplied instructions did not even include a picture (it just told me to attach it to two parts i was oblivious of). I was very and maybe too meticulous, i think i could have cut the time in half if i was not so paranoid of breaking the thing. Overall, i learned a LOT about CNC Routers putting this together and it made the joy of getting it to run all the greater. For someone with little knowledge of how these machines worked, it was a considerable breeze. I really look forward to testing this out. Thanks for reading!

EDIT: The carbide “sticker” that goes on the “router holder-thingy” would not stick and will have to be glued. I did wipe the surface down first and it still would not stay. Minor, but something to note.

No such thing as too meticulous or too careful (I have a number of things in my electronics recycling box to back this up) — it will also pay off when you go to calibrate your machine.

Apparently a new set of instructions is in the works — FWIW, I started on a set on the wiki using photos and text which @ApolloCrowe provided.

Yes, I suppose being thorough now will pay off. It was just a “oh, this makes more sense then I thought it would” moment once I had it all together and saw the big picture. Glad to hear about the new instructions as well!