I’ve seen this topic discussed quite a bit on this forum but I feel that I have a rather peculiar case.

I am currently using a Shapeoko 3 XL and running gcode through cncjs to cut out skateboards for my company. Everything was going great until very recently, I’ve noticed now that my Shapeoko will just stop moving while processing the gcode.

Now in the beginning there was one spot where the router would stop consistently, I figured out that it had to do with an M6 tool change. Once I deleted that line in my gcode, the router worked perfectly. Now all of a sudden, after about 150 boards cut just fine, my router is stopping not only in that spot, but several other spots consistently.

I’ve read about static build up causing this for other people but here’s where it gets weird. When I run the gcode with the router on and no skateboard blank loaded, it cuts fine. It’s only when I introduce a skateboard that this issue arises. My bit doesn’t seem noticeably dull and I’ve been using the same feed speed forever with no issue so I don’t think it’s a rigidity issue.

Other than trying to ground and insulate everything I’m at a loss for what to try.

Any help would be appreciated!

It could (and most likely is) still be static related. The act of cutting and sucking up those chips will create static electricity. Especially as those chips travel through the hose. Also, most of those 150 boards were cut when ambient humidity was higher so there’s less static build up. If you’re running dust collection ground the hose as best you can. Better yet, get a hose that’s made to conduct static to the inner coil so that can be grounded.

what @ctdodge said, also you may want to route the router cable away from the rest of the cables in the drag chain, at least for a test.

Is there any message in the CNCjs G-code console when this happens ?

You were right! Went ahead bought a little spool of copper wire and grounded the X and Z Axis along with my shop vac hose. This immediately solved most of the issues. Ran five tests and my Shapeoko only stopped abruptly on two. I think the inconsistency may be due to the shop vac hose not being fully grounded, so buying an actual anti-static hose is definitely a must at this point.

@Julien Do you see any issues with my caveman grounding work that might cause issues with the future performance of my machine? I plan on running actual ground wires soon but for now, to me at least, this doesn’t seem too bad for an $8 fix. 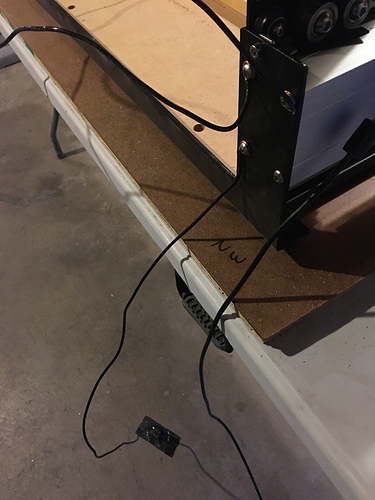 Sorry, have to reply multiple times as I can only add one photo per post currently. 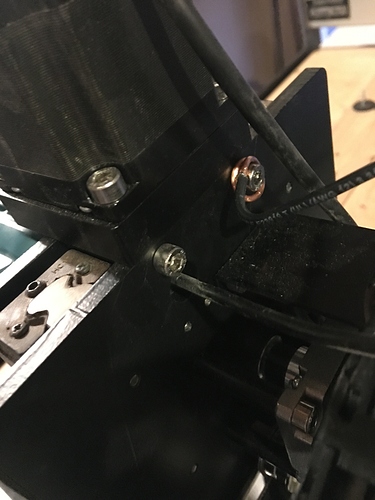 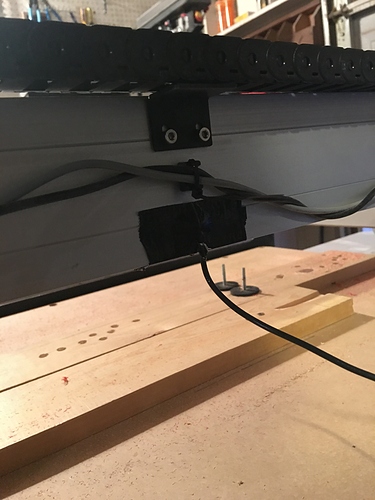 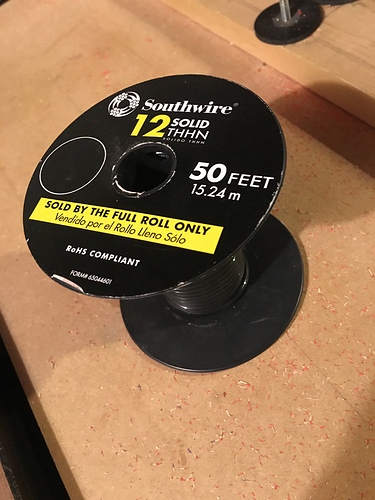 You may wish to use uncoated wire for this solution. I got 250 feet of multi strand copper wire from HD for about $12. I think that the uncoated wire will allow for the wire to pick up any stray current in the air, whereas your solution mandates that the static hit the rails to be grounded. I grounded the rails, the frame for my dust cover and the plexiglass windows.
I also ran the ground wires to a terminal block and the terminal block to the ground wire in the service panel. I also directly grounded the spindle motor housing and the dust collection motor to the same ground.
Good luck
Bill

@Julien Do you see any issues with my caveman grounding work that might cause issues with the future performance of my machine? I plan on running actual ground wires soon but for now, to me at least, this doesn’t seem too bad for an $8 fix.

The success criteria is “it works”, it’s not necessary to overthink it and if it works it works, it will not affect performance (worst case scenario, it’s not 100.0% efficient). That said, if you want to do things properly and methodically, everything you want to know about grounding a Shapeoko is in the thread:

I strapped an earth wire (lighting grade multi-strand) between Left Y, X, Z and from Right Y to a single core bare earth wire that runs right through the middle of the vacuum hose from the dust separator cyclone up to the Sweepy end and left the option to connect the Sweepy end to Z if needed (but doesn’t appear to be necessary). My spindle is also grounded through its control cable. Used crimp-on washer terminals and used existing screw positions on the machine rather than drill new holes. Nice and neat, unobtrusive and seems to have completely banished the (very few) disconnects I had seen.

Importantly, and picking up on a comment on this thread, I haven’t connected any of this grounding cable to mains earth - it is just to the existing machine ground. Not wanting to create earth loops or differential voltage differences between zero and ground and earth.