Show me your tablets/computer setup

Show me what you got running? I’m waiting for my nomad3 to arrive but looking for a tablet, 2in1 laptop or all in one pc that takes up minimal space

I’ve used a succession of tablets w/ my machines, starting w/ a Fujitsu Stylistic ST-4110 — currently use a Samsung Galaxy Book 12 as my main machine, and a RasPad v3 w/ Raspberry Pi 4 to run Carbide Motion to control the machine: RasPad is a portable open-source tablet tailored for you to start making immediately and working efficiently. It gives you access to all the Raspberry Pi ports and specially designed for physical computing projects. It‘s an ideal IoT project...

Microsoft Surfaces are popular, and are used by the developers for testing, so usually “just work”.

I use a Lenovo laptop. It does not have a touch screen but gets the job done.

Shapeoko is plugged into a m1 mac mini out in the garage. I added a 22" touchscreen out to act as a “pendant” to jog the machine around, load jobs, etc.

Inside my house, I mostly use a dell laptop running linux to interact with everything. NoMachine lets me remote desktop into the mac mini and run various software as though it was really on my laptop. There’s a desktop with some GPUs and whatnot in a closet in case I need to remote in and do some heavy lifting.

For keeping files in sync between the computers, I use a mix of scp, ftp, synology NAS, and SyncThing.

I design on a Wacom Cintiq and run my shop on a Microsoft Surface Pro. Since my studio is in my house and my shop has it’s own building I have them set up on a network. I run Aspire on both machines so I can make stock appropriate changes on the fly. I utilize Carbide Motion to control the machine. This works very well for me.

I’m looking to figure out a setup for My Proxxl that just arrived today. Not sure which way to go. To start it will be on a Toshiba laptop.

I also use a Raspad. Its great as a dedicated controller.

Windows tablets work fine so long as they meet the system requirements:

and there is a USB connection for the machine when there is power connected.

Anything which meets the system requirements should work well.

I have an old MacBook Air with no upgraded memory running CM under the cnc in a drawer with a folder for .nc files that syncs with my main design computer. For jogging I got this 9 button gaming keypad with mechanical keys which is really sweet. Great app to program the buttons. I have up, down, left, right programmed to the obvious keys 2,4,6,8, and page up, page down to the 3 and 9. 1, 5, and 7 on the keypad are assigned 2,3,4. With it you can look at the tip of the bit and control all the movements and speeds without looking away. And the buttons have a nice click. Gonna add a 7” monitor to the side. 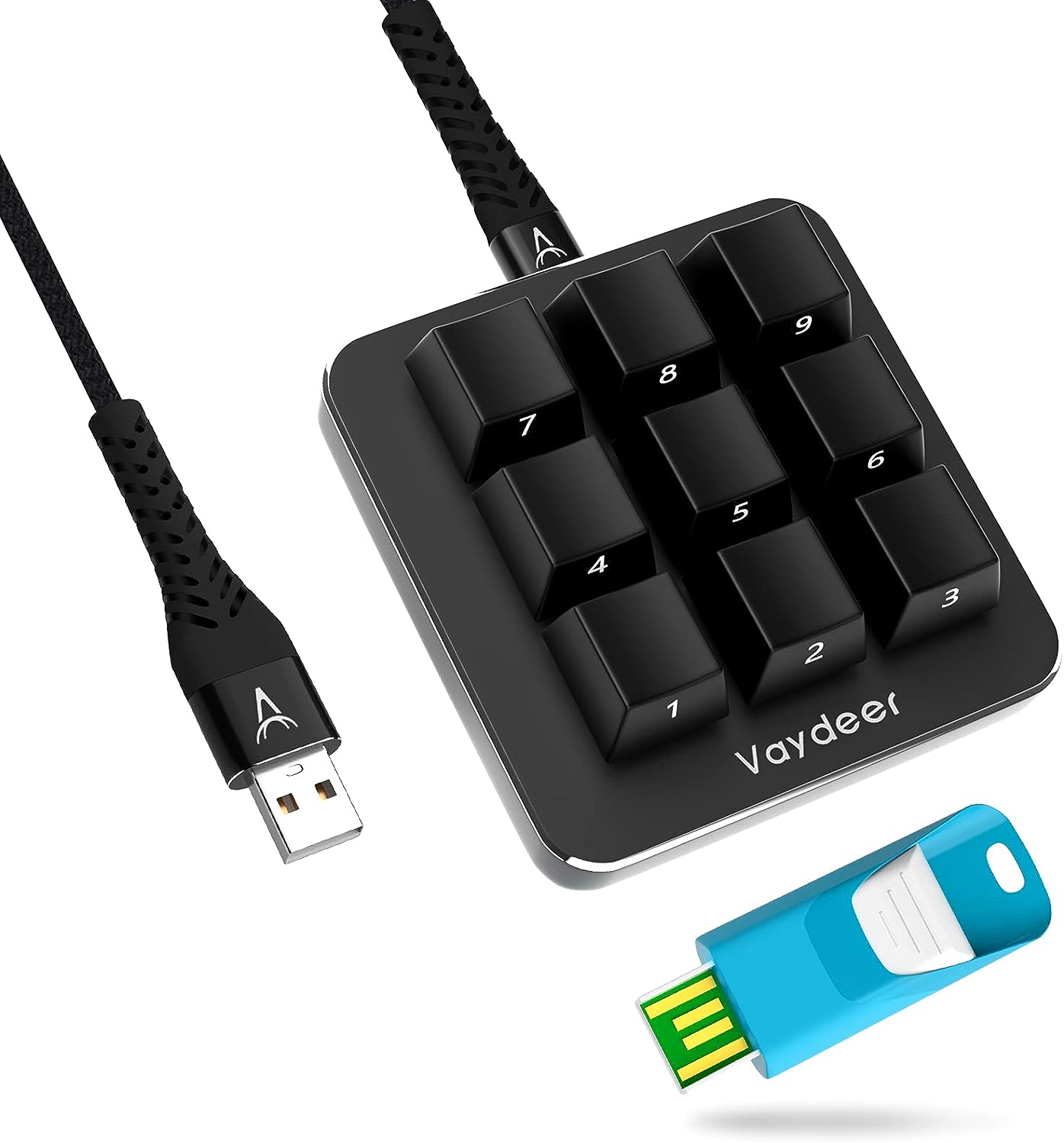 Mine is a bit overkill for just running the Nomad, but I had all of the electronic components from a past project and decided to make an exercise out of it. I use a Latte Panda Alpha single board computer and the companion 7" touch screen in a custom built built case (mostly machined on the Nomad) with a swing arm mounted to the side of the Nomad.

The LP Alpha is an x86 machine that is roughly equivalent to a Macbook from a few generations ago in terms of processing power and memory, so it could probably double as a light duty CAD/CAM machine as well (but I haven’t tried this).

So far it has worked well for me and I like the clean look of it installed on the Nomad. 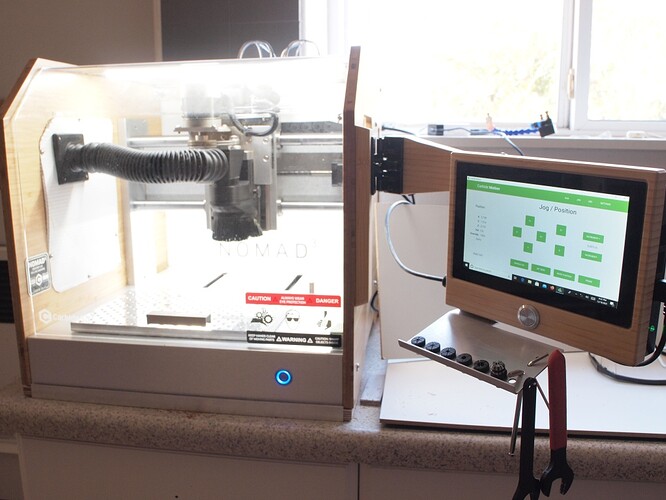 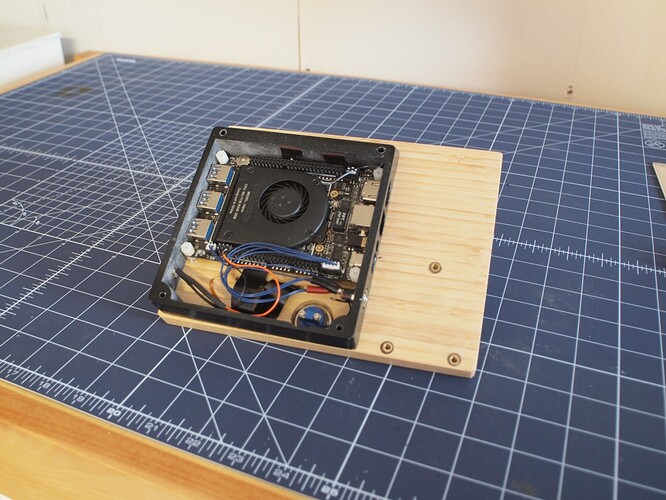 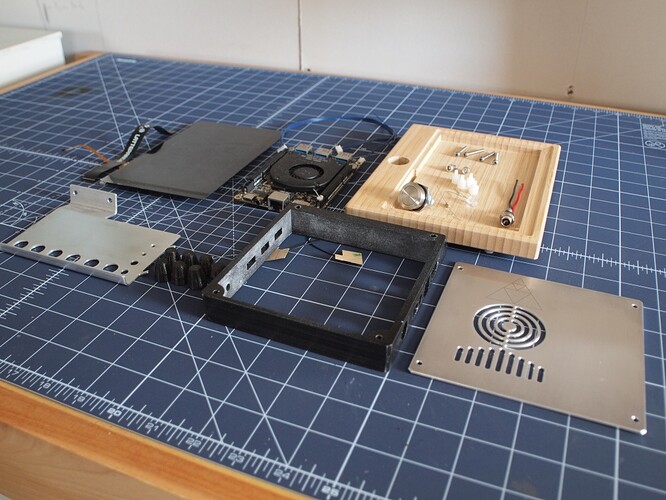 I have a really old Lenovo Thinkpad Edge laptop for Carbide Motion and use a Rii Mini i8 Wireless keyboard to do any manual moves when I need to be closer than the laptop.There are lots of similar keyboards that would do the trick but this one was pretty cheap and works well for me.

Running CM on a 2010 Dell Inspiron 14" Intel i3 laptop upgraded to Windows 10. That’s all it does though,but it works just fine.

I took an old intelNUC, installed win10 pro, and remote into it from my main shop PC.

I snapped up a few of these Linx tablets on eBay (not this actual one, it’s just an example): 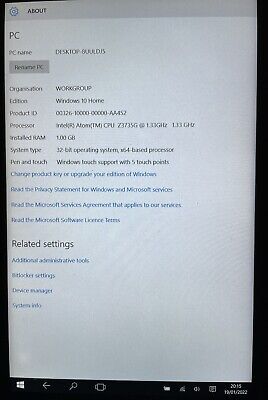 I’ve put Windows 10 on it. It’s a little slow to start CM but once its going there are no problems.