Hi - I’m trying out the simplest of inlays, and am running into a problem. I’ve created a rectangular vector with a radius, and pocketed it out. Great. Then I’ve taken the same vector, done a contour cut-out on different stock, using outside/right offset in the contour tool path. Same 1/4" bit. But the contoured piece is smaller than the pocket by about .125" (.0625 on all sides).

Any thoughts as to how I easily take a simple rectangular vector, cut a pocket and a matching piece to fit in it, would be very welcome. Thanks in advance. 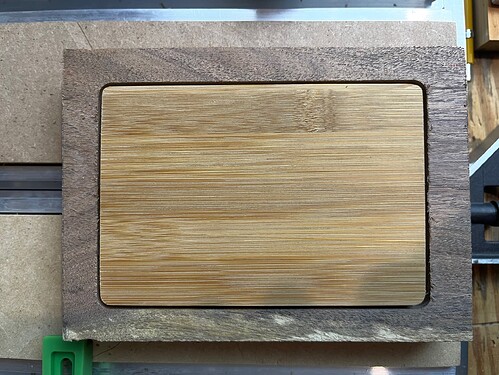 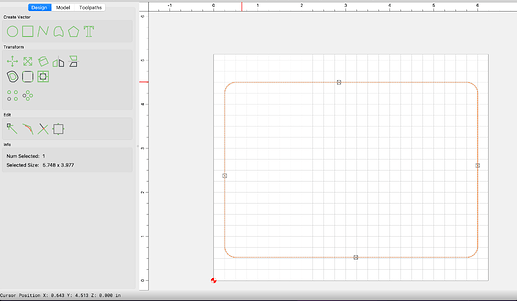 Big thing is to make sure of using an outside contour.

First question: did you specify the correct bit for the contour cut?

So I ran the test again, and it worked, with the pieces mating perfectly. I think the issue was that I had resized the canvas/workpiece size in job setup when switching to the inlay piece, which I had assumed wouldn’t affect the vector size. Also, had switched back and forth between metric/imperial. Not sure, but am guessing it was one of those that caused the problem. Thanks for the input.