I cut down a large mesquite tree about 2.5 years ago and cut it up into 2 inch slabs mostly on a saw mill. The mesquite has been air drying for the last 2.5 years and is ready to start using it. I had originally made a smaller slab flattening jig for a bunch of mahogany I had bought from a musical instrument repair shop. I had promised a slab to the land owner where I got the tree. The tree had blown over in a storm but was still alive. The land owner had tried to get someone to cut up the tree to keep it from going to waste but no one wanted to do it. I drove about 200 miles to get the tree and borrowed a large trailer to haul it home and to a friends saw mill. So we recently had Hurricane Laura come through here and my covered patio where the tree was stored had a lot of debris and other junk that had collected. So I hauled a bunch of stuff to the dump and got the slabs out and took pictures for the land owner to pick a slab. I will make the router carriage tomorrow. I bought an Infinity Mega Planner bit and 1/2 inch extension for my big Frued FT200E router. The kit came with a big plexiglas plate to mount the router. Cant wait to get this mesquite flattened and start using it to make projects on the Shapeono. Below are the pictures. 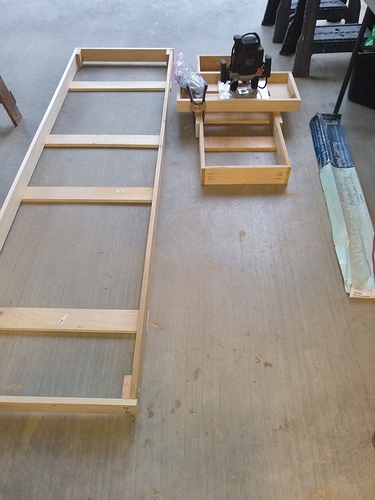 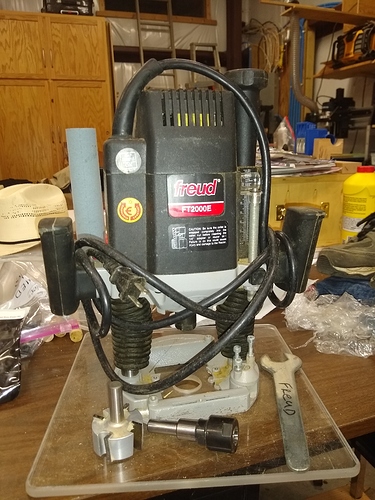 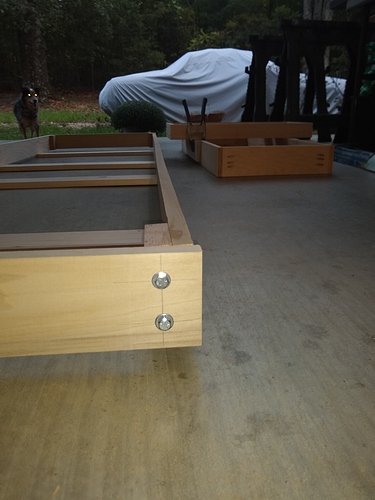 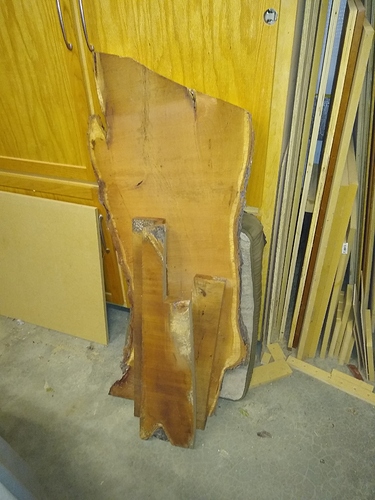 43072×4096 3.18 MB
This is the slab I will try to get flattened tomorrow. It is about 2 inches thick. I will take off about 1/8 inch per pass until it is flat, then flip it over and flatten the second side. The land owner wants to make a live edge coffee table. On the other side is a crack and I will make a butterfly patch to keep it from splitting. There are several other pieces in front of the slab I want to make some boxes out of similar to what John Clark has on his youtube channel.
5 Likes
CrookedWoodTex (Tex Lawrence (Don't Mess With My Texas!)) September 20, 2020, 3:15pm #2

It is very hard to find a long enough trunk of a mesquite tree to do what you are doing. +1 on getting that!

The slab shown was a small one. I have about 10 up to 8 foot long. This tree was most likely over 100 years old. Most mesquite trees are 4-5 inches around and full of thorns.

Here is the finished jig. We have had rain all week from tropical storm Beta. Sawdust and water do not mix well. I will flaten you the slabs outside because it makes a mess. 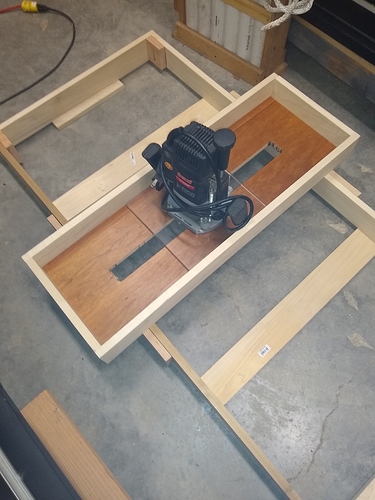 because it makes a mess. 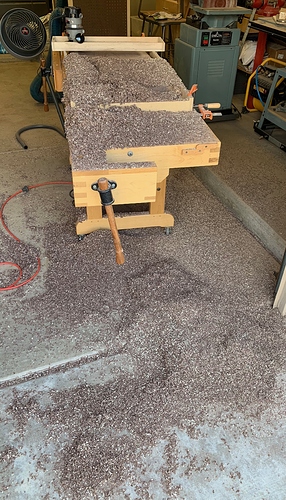 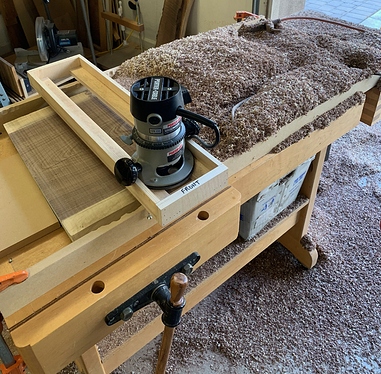 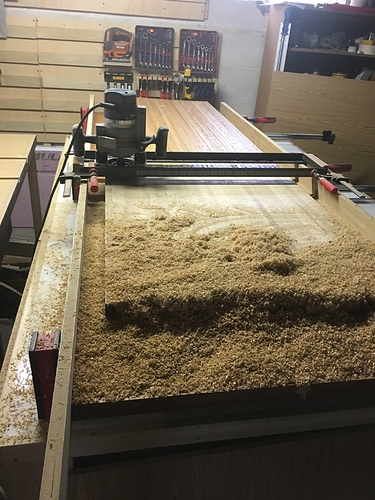 You guys have some nice setups! Mine was cobbled from old table saw fence angle iron, a hollow core door (I mean torsion box), and some veneered MDF ripped to be parallel. Still makes just as much mess though.

Well I got started about 6:00 pm. There is a lot of setup. Got a little done before it got dark. Should take about 2 hours to finish. Should be a sunny day tomorrow. 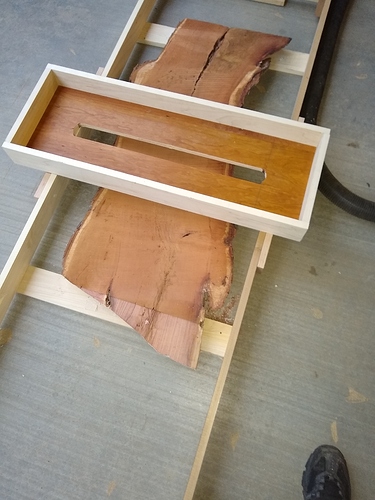 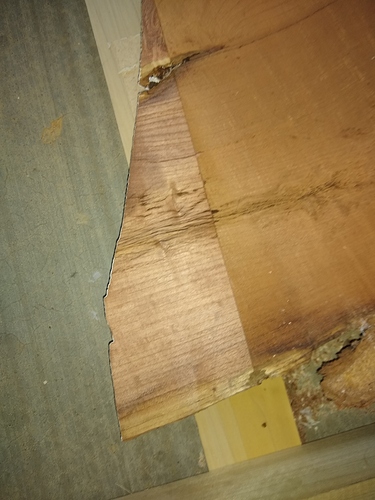 My big Freud 3.5 hp router slices through this like butter. I saw your PC router on bench. Rumor PC will quit making routers. Can’t find any PC 890 in stock anywhere. Hope it is not true. Found one article says PC is going to concentrate on wood working tools. Whatever that means.