SO3: Anyone using Jtech laser kit?

No kits here but it was simple enough. I made a bracket in front of the router to mount my LED laser: 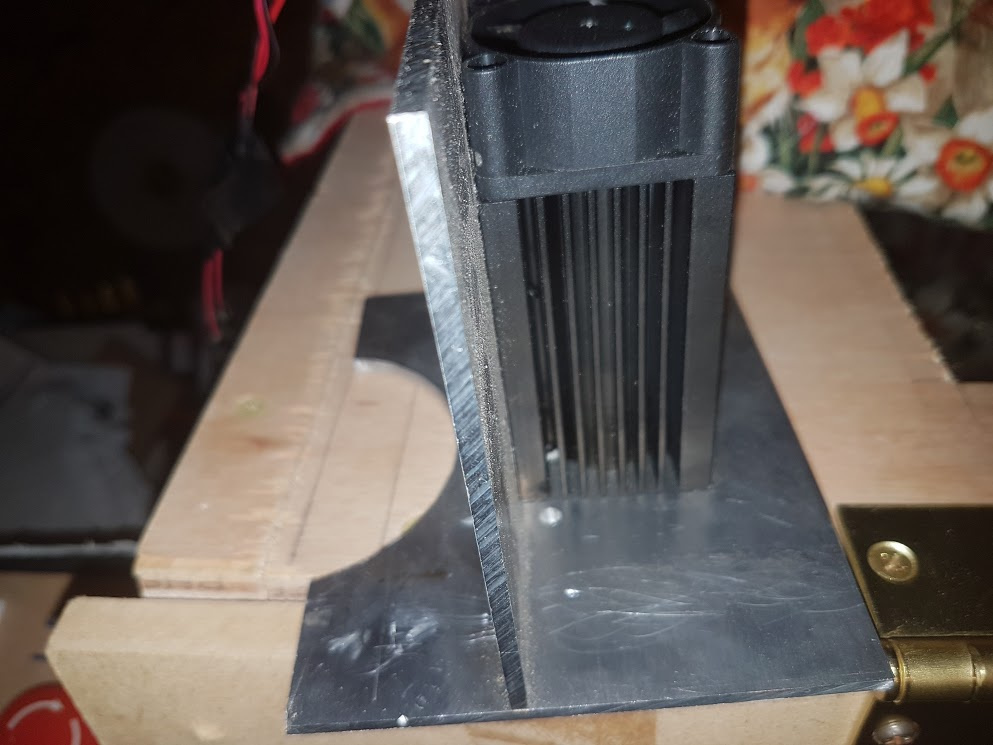 Then I plugged in the TTL to the PWM Pins: 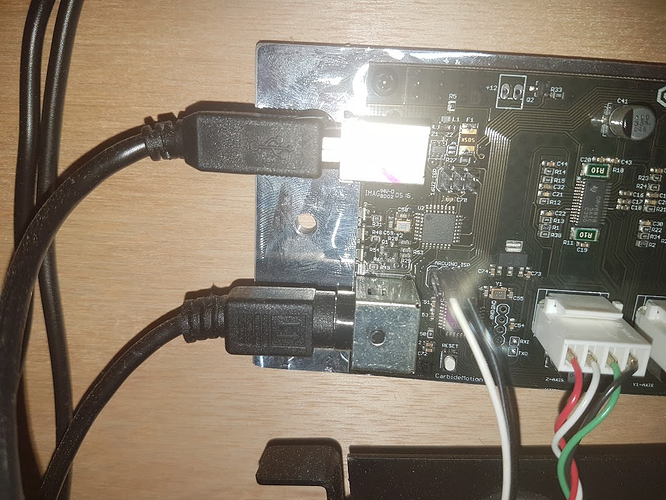 It’s fast to put on and take off. I just put it resting on the front of the router mount and use 2 tiny clamps to hold in place.
With GRBL 1.1 it works in laser mode.

I love this attachment… Nice work.

I’m noticing your PWM is attached to the Arduino ISP vs. the PWM pins. I presume it because there’s already a populated header there vs. the PWM socket is shipped unpopulated?

Yes it was easier to plug the wires into the header pins.
The bracket was simple enough to make, just cut an arc the size of the router diameter on one side and a small hole for the laser lens on the other side. It is simple to put on or remove this way because it just rests on the mount and then I put a clamp on each side. I have a small aluminum plate that I adjust the Z height with so it’s always in focus after I attach it and put it over the work piece. Since it sticks out in the front, you can reference the front lip with the work piece.

@rogwabbit thanks for this. I’m trying to setup my jtech laser on a v2.3 board which lacks the dedicated head space and this was one of the few resources I found that confirmed the arduino_isp headers could serve as a point to connect for pwm-out as well.