I make signs on my S3 and it does a great job with V-Carving. I use CorelDraw to make the artwork and then export SVG files to Carbide Create. However, I frequently need to provide my customers with a proof before production. Does any know how I can create the attached effect in CorelDraw or other? In photoshop and Adobe products this would be done using an inner bevel layer effect, probably something comparable in Corel?

Thank you… I have done that, but it requires converting it to a bitmap and exporting it to another program.
The CorelDraw bevel effect works fine, but I cannot make it appear as a V groove.

I wasn’t suggesting export/importing it simply inquiring as to whether the coreldraw bevel could do the same.

I think Adobe Dimensions used to be able to do this sort of thing — not sure if they have a product which does so now.

Most expedient thing would be a screen grab of the 3D preview from Carbide Create or Vectric Vcarve. Does Vectric have an option to export a pixel image of the preview?

Does Vectric have an option to export a pixel image of the preview? 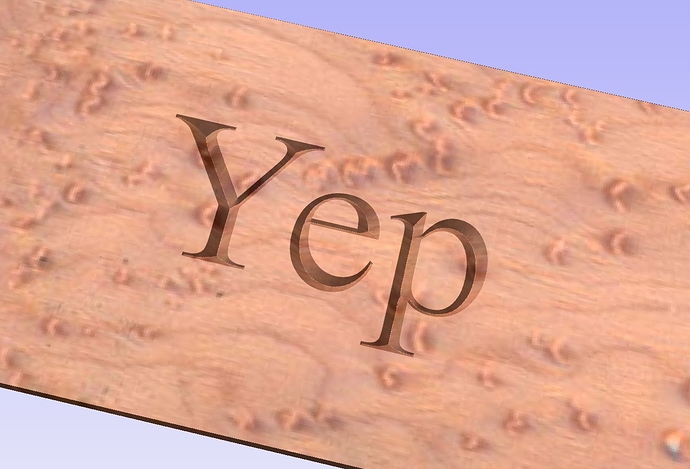 As Will says above perhaps you could take a screenshot of the Carbide Create preview.

I work whit Illustrator to convert my vectors to SVG to me work best .

Thanks to all who offered their advice on how to achieve a v-carve effect for my customers proofs before production. After much tinkering I was able to make the effect good enough in CorelDraw so that it appears raised or carved… really odd! My customers are just going to have to trust me! 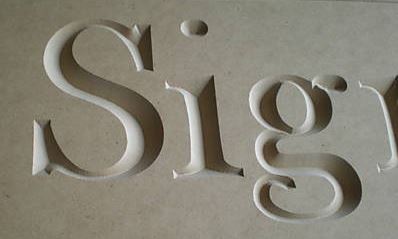