So I was browsing the internet and saw people selling spinners - or fidget toys as they are known.

It didn’t seem too hard or a long job so I made a quick design Friday night and had a go to test out my new enclosure today.

I have ordered some ball bearings but these won’t be here till later in the week but it looks alright. I used Merritt, but might make one or two in walnut when my machine is 100%

Quick picture of ‘one I made earlier’ 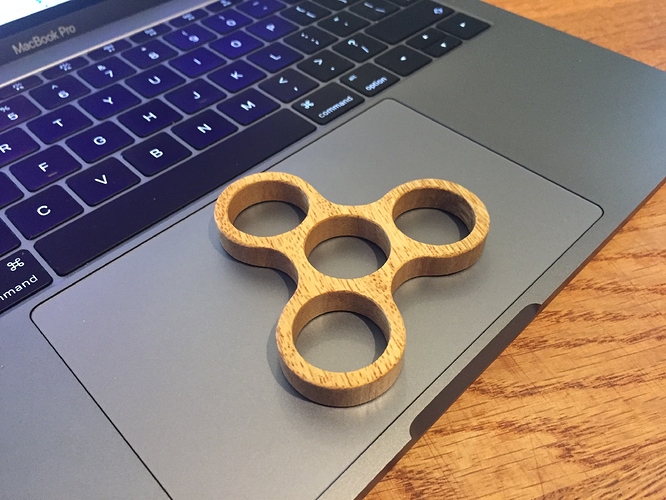 @Luke
Luke,
Great looking part and I really like that wood Ive never heard of Merritt.
Would you be interested in making the Worlds smallest spinner? 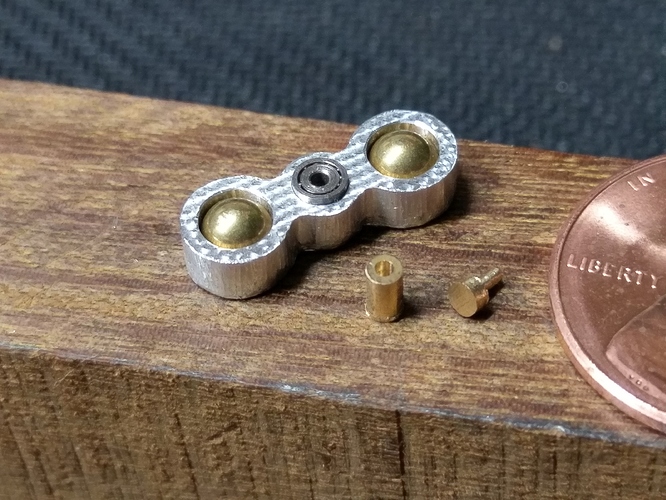 Crikey thats small! I could give it a crack - how are the balls/weights held in place?