I’m trying to create some text on a part but the “text” words aren’t appearing in the grided field??? 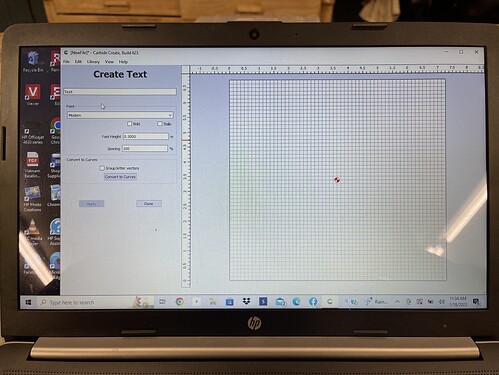 Modern, which is an old single-stroke vector font is one which does not work.

Please select a TrueType or OpenType font such as Arial.

As @WillAdams said certain fonts do not work in CC. An additional issue that occasionally arises is permissions of fonts. When you install a font right click on the install font and install for all users. This is likely what Will Adams said but going forward use the permission for all users in Windows to err on the side of caution.