The Wall Street Journal has a Project Suggestion

A DIY Project to Die For: Build Your Own Coffin

The only problem with building your own coffin and that is when. If you wait too long you might not be able to build it. If you build it too soon then there is the storage problem. I did like the picture carved on the lid in the article. A perfect CNC project.

Most people do not want to confront their mortality. Personally I am only a mile from the cemetery where I will be laid to rest. I dont have far to go for my final trip.

It is a morbid subject but after all none of us get out alive. I told my daughter to get the cheapest casket they have. There is no reason to spend $20,000.00 on something that will hopefully never be seen again and will eventually disintegrate. Depending on your religion you are no longer here and your spirit has moved to either oblivion or some where else. Either way you go you are no longer here to worry about it. In places like the UK burial space is getting limited and cremation has become more of a standard. Ashes to Ashes and Dust to Dust. So maybe if you like in the UK make yourself an urn with the Shapeoko. A google search says average cremated human male is about183 to 213 cubic inches or 3.5 Liters.

Agreed. I was very specific that my casket be the issued one which DoD will give me for free as a Veteran.

When I was working making flexographic plates we did a set for a cardboard casket intended for shipping bodies by air.

One thing which is incorporated into some casket designs is their use as a bookcase — just remove the shelves and marry up the two halves w/ hinges and a latch.

So when the coffin is used for its intended purpose is the latch to keep you inside in case of Zombie Apocalypse?

It’s more to keep the lid closed while the coffin is being moved from the viewing area to the place of internment.

Agreed. I was very specific that my casket be the issued one which DoD will give me for free as a Veteran.

As long as it has double round interlocking joints??

No, it’s a cheap pine box thing covered in covered in even cheaper velour — kind of ghastly-looking, esp. when it’s been knocking around for training purposes as the one I worked w/ when I was in the base Honor Guard.

All the nice joinery is going to be in the various cases I’ve made/will make for my archery gear and tools and so forth: 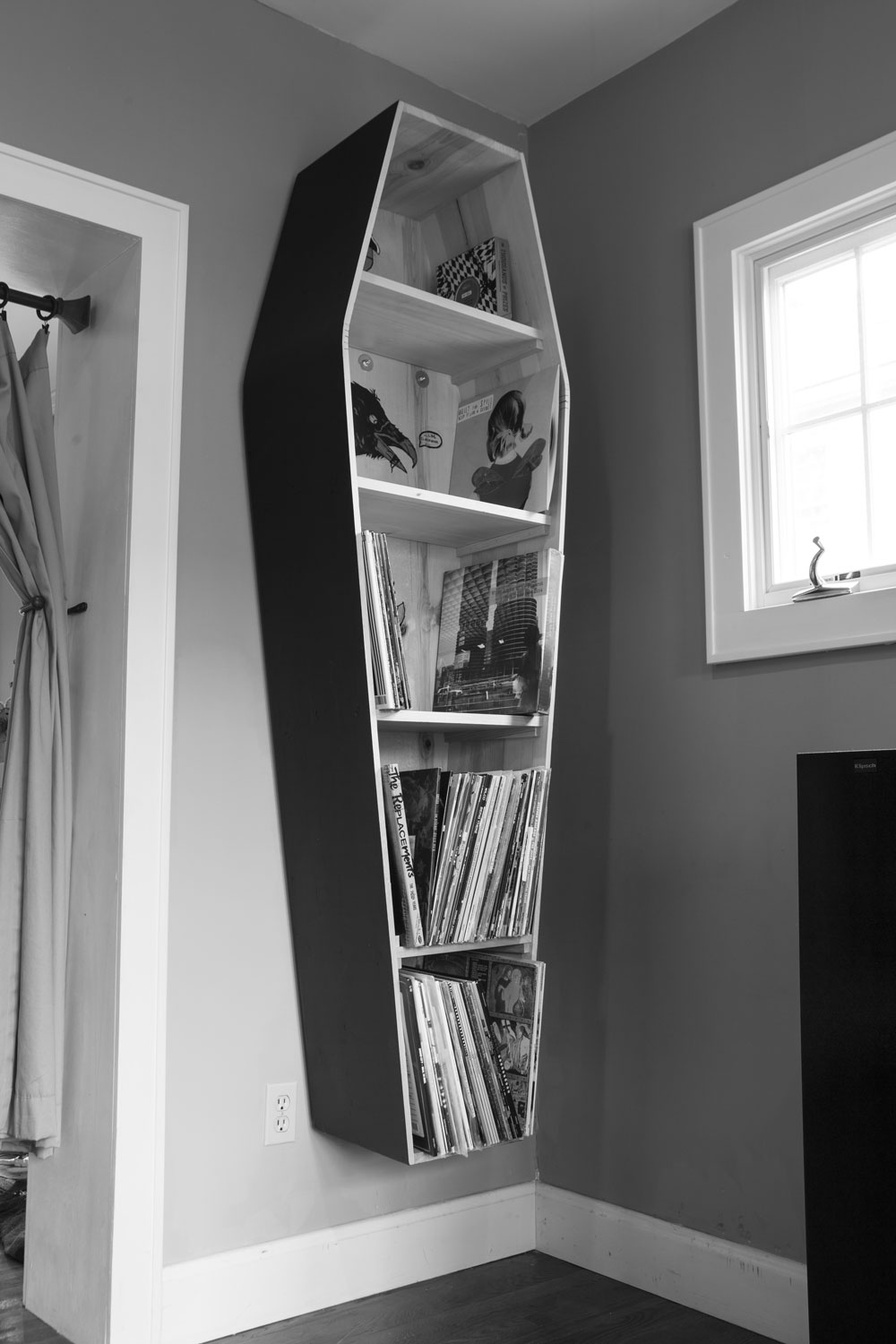 If I had to guess, I’d say my wife’s favorite projects of mine are the coffins I built for “The Anarchist’s Design Book.” One coffin ended up at Raney Nelson’s place (it’s where he sleeps, I think)…

No need for a CNC to do this.

Also, you can get a free copy of Paul Hausluck’s Coffin-Making and Undertaking as a reprint several places and at one time there were PDFs floating around. But a quick check at archive.org didn’t get it to show up. It is an interesting read.

No, no, it is to keep all the relatives OUT because he said he would take it all with him!