Vibra-Tite VC3 When you get screws with “pre applied” thread lock, this is basically that. I love this stuff. This is basically a dollop of plastic that sits on the threads. This is not an adhesive like loctite. Works pretty well for a few uses without reapplying, unlike loctite.
Vibra-tite -> Amazon

Loctite Stick - I use the medium. It’s like a chapstick of loctite. It doesn’t run or drip, seems to work just as well. Kind of expensive, but the stick seems to last forever, or at least until someone steals the tube.
Loctite stick -> Amazon

Loctite 290 - “Wicking” medium. It’s green. It’s super thin. I’ve used it for various “retention” tasks. I think the bearing retention version is better for that, but I’ve got a huge bottle of this to use up. Interesting “off label” use - Sealing aluminum fuel tanks at weeping rivets from the outside.
Loctite 290 -> Amazon 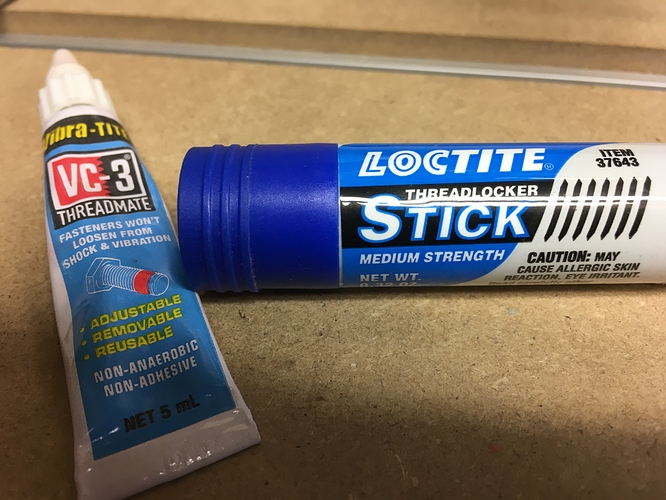 I use this often, just about everywhere.

Loctite 271 (red; not something easy to undo; heat gun is necessary to attempt an undo; STRONG).

I rarely use 271. Recently I needed to undo some 271 on a compressor. major heat gun and careful wrench work to remove the part. The replacement part got 271 and was reattached.