Last week, the trusty 10+ year old laptop I have been using to run CM/CNCjs died on me. May it rust in peace. This could have been an opportunity to go for a full-raspberry pi based setup, but I still want to be able to run CM and other Windows stuff. I have also had enough of the laptop’s 13" display limited real estate, which did not work well when having a G-code sender and a large camera feed window open side by side. Anyway, I went for “cheap” and it had been a long time I had not really checked the prices on computer stuff. It turns out I ordered a large 24" display for about $120, and one of those “fanless windows10 mini PCs” for $120 also. That thing is small! 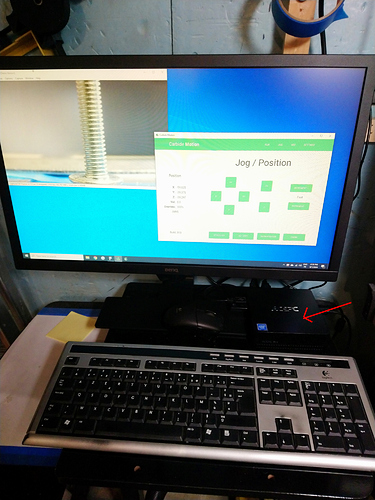 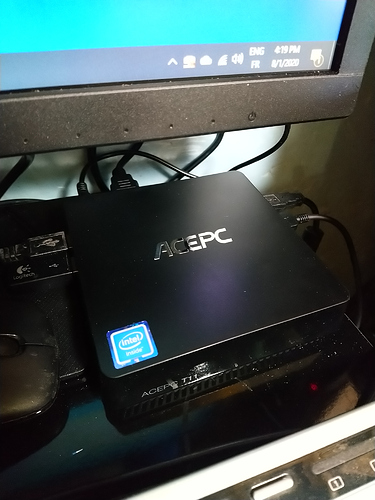 It’s fanless, which I like for quietness as well as because it sits right next to my machine so it will occasionally end up covered in chips.

Performance-wise, it’s obviously very limited, it would die if I tried and launched Fusion360, BUT it handles all G-code senders I have tried just fine, as well as the video feed window, which is everything I needed.

The specific references of the screen and mini PC are irrelevant, there are tons of equivalent models in that price range, I just wanted to share a little testimony since this topic of using a small-form-factor PC comes up from time to time. It does work fine.

I think that’s the perfect setup. I have a similar model running mine. I picked it up used for $50 and bought 2 monitors on facebook marketplace for $15. I’ve thought about getting a 10-12" touchscreen monitor that I’ve been seeing on Amazon for about $120. That should make a nice setup.

Look for one of these used: Dell [P2418HT]. They’re kind of spendy new, I got mine used for about $150, but it’s 24", touch enabled, and pretty much just works. The only trouble I’ve had is dust getting between the bottom bezel and the panel making the display wonky, but a little tape over the edge sealed it up and no problems since. The touch looks like a mouse to the OS, so works fine with linux, windows, etc.

Very cool Julien, I was looking at inexpensive windows 10 tablets with USB. I have some overpowered PC’s running my machines that I would like to free up for some other projects. I was thinking of trying one of these:

Update: while Carbide Motion and UGS work fine, for some reason CNCjs is sloooow. It does work, but there is a lag between clicking a jog button and when the machine actually moves. It’s not the USB comms, because in other senders the jog is instantaneous. I’ll investigate, maybe Node.JS is a little bit too much to handle for the Atom processor and 4GB RAM.

My guess would have been that it’s the browser rather than NodeJS. Is this PC connected to a network? Can you try accessing CNCjs from a different computer?

That’s a very good point, yes the PC is on my local network, and I did have a CNCjs server crash pop-up at some point, so maybe the front-end/client and server part struggle to work together. I’ll try accessing it from another PC. Thanks!

My desktop that was hooked to the shapeoko died as well.
I went with this one,
https://www.amazon.com/gp/product/B0784F3NHF/ref=ppx_yo_dt_b_asin_title_o00_s00?ie=UTF8&psc=1

Bought it used but like new on ebay. I knocked up a simple holder out of scraps and hook it on the door of my enclosure inside when setting up and outside when running . Works great and its quite powerful for such a small thing. 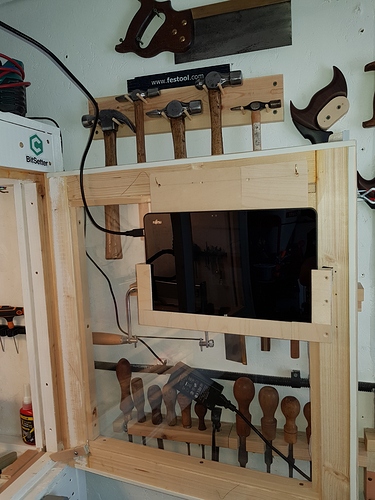 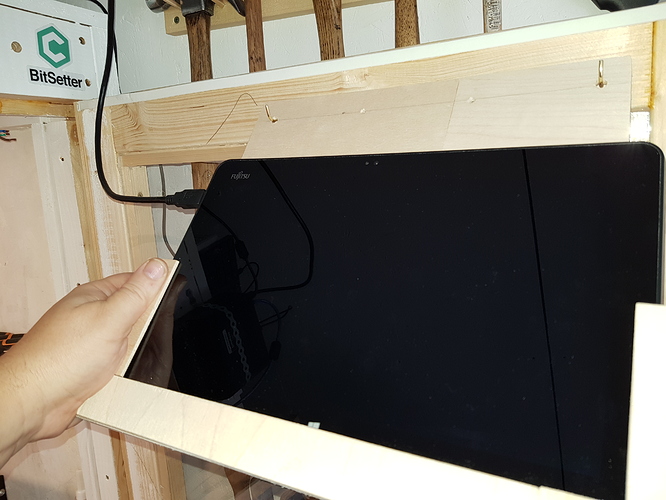 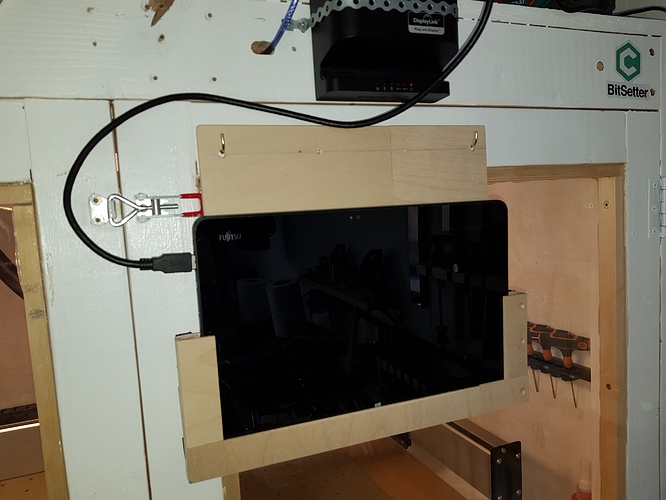 I was very sad that Fujitsy switched away from Wacom EMS (to Wacom AES?) for the stylus for that unit — my Stylistic ST4121 was one of my favourite computers ever, and the longest last (jury’s still out — I haul it out every so often to use a scanner, and sometimes I use it w/ VNC or CM4 and the tablet interface when controlling a machine outside if the sun is out).

The claw hammer is facing the wrong direction​:thinking:

I didn’t have a stylus with it, I did think about getting one but the cost just didn’t warrant it … for now

Follow-up: It’s not different from a remote browser, but the latency has now reduced signicantly, down to “quite usable” level, after I

I find a stylus invaluable for:

Its the Micro$oft way

I guess spending an hour stripping Win10 of half of its “default” features is the price to pay to get decent performance on a low-end PC.

You’re using CNCjs so you could just install Linux instead.

Yes, I use a stylus with my XP-Pen (when I have the time). That’s a thought why don’t I use that.

I could, but I need to be able to use Carbide Motion too and I’m too old to spend hours fighting Wine. What I may end up doing however, is having CNCjs run on my headless raspberry pi and use the windows miniPC as the front-end only. Whether that would get me low(er) latencies remains to be seen.

Carbide Motion unfortunately just isn’t viable on Linux. I’ve tried to beat it into submission but no luck.

Once you’ve got CNCjs set up though, what do you need CM for?