Tool change suggestion in the programming

I would like to see in the programming a tool change where the machine take a rest and resumes after the tool change is performed. Then continuous

We support something like that on the Nomad, since it has a tool length sensor.

It’s not really feasible on the Shapeoko since there’s no way for us to be satisfied of the tool stickout, hence the suggestion that folks use separate files for each tool:

Welcome to the world of Shapeoko!

Another way you can do this if you are happy to use fusion360 withing the Cam area that generates the gcode, you can add a manual event,. “” Force tool change “” this effectively stops the machine and let’s you change bit or re zero axis accordingly. So I use this to transition between adaptive clearing pocketing etc. Hope this makes sense if not let me know

Could you explain this in a little more detail? I’m in the process of implementing a tool setter on my XXL (under LinuxCNC) and though it’s not complete, there doesn’t seem to be much issue with having it work just like the nomad

Pretty sure @WillAdams is speaking from a Carbide Motion point of view.

My confusion is that he’s saying that it’s not feasible on the SO3, at the same time being possible and well implemented on the nomad. Both of these run carbide motion and very similar (if not the same) controller.

The only limitation I’ve found so far is that you can’t use the fixed setter when doing sheet material jobs that use the whole available work area, in this case using separate files and a touch plate works fine

Implementing tool change on the Shapeoko in Carbide Motion would require adding a Tool Length Sensor — I actually considered making that a feature on my Probe holder: 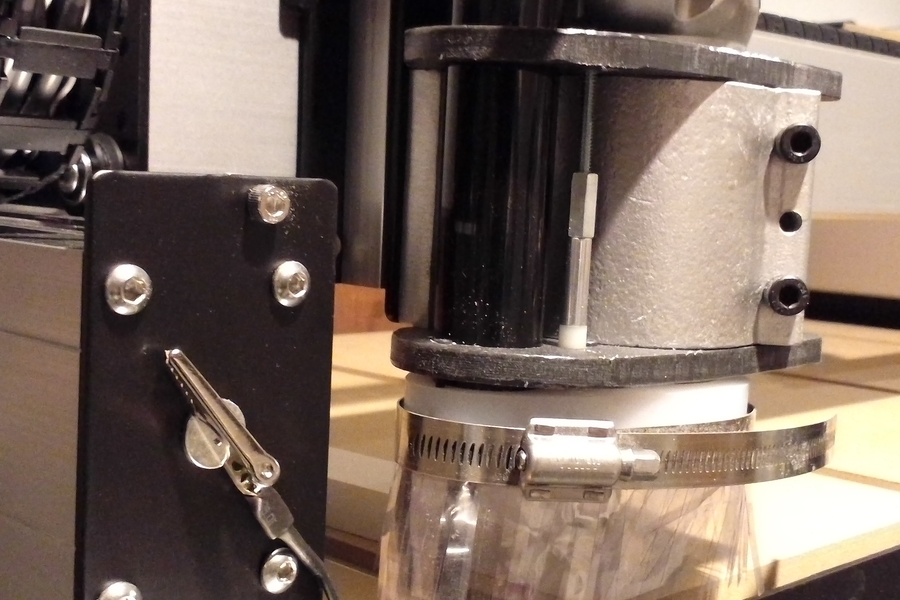 Holder for Carbide 3D Probe which allows it to function as a power indicator at the front of the machine.

but didn’t, since I prefer to use Carbide Motion and it doesn’t have a facility for macros.

I do agree with you William with setting tool length for each tool and the program would have to stop to allow tool change and then the Z setting for the tool would have to touch off on the probe to continue the tool path.