I know there are a lot of variables to getting the right torched wood look and keeping the wood from not warping dramatically or coming apart at glue joints.

In the past I have used one of the top of the bottle mounted hand torches. I’ve had good success on smaller projects and if the wood did end up twisting to much I just torched the back side to even it out.

I’m in the design phase of a much larger and much more expensive project so want to get a little personal feedback in the torching process before I commit to the client. Messing up the torch would cost too much to replace the wood and make the project a break even on cost.

I’ve always used propane. I know there are others such as MAPP gas so I’m wondering would switching gases give me the torched look faster than propane, thus limiting the chance of wood twisting or glue joint failure?

Would using a smaller mini torch have any benefit as they would not produce as much heat and could be more concentrated on certain areas?

The area to torch would be about 15in x 30in and I’m looking for a light torched look. Also looking to stick with the bottle top style I have or maybe a smaller one as I don’t want to get carried away with equipment i wouldnt use going larger.

Take a look on youtube at Inspire Woodworking. They have a lot of videos on burning wood techniques.

I’ll take a look at the videos. Thanks for the reply.

Distance and time on area both affect the highlights. Practice on a piece of scrap (Pine ect) until you figure out the nuances of torching. I use propane (actually the camping size green cans). Don’t drive yourself crazy with all the options you mentioned. Just practice, practice, practice. Don’t make it a OMG job, just have fun.

I did this with a bottle torch. Once I figured it out on a piece of scrap it was pretty easy. I don’t have it in front of me, but I’d guess it was close to 2’x3’ and was done in 15-20 minutes? 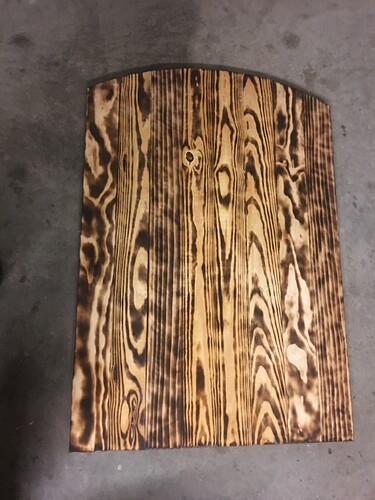 I followed up with a “stain” of steel wool left to soak in vinegar, then did the crest on my SO3XXL. 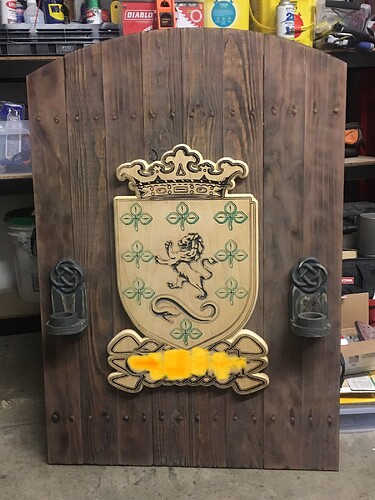 Don’t overthink it, grab a few pieces of scrap and practice. I also have a small micro torch and it was painfully slow, go with the bottle

You might know by now that real MAPP gas is no longer made. Since 2008. Doesn’t matter though, you don’t need more heat than plain propane.

I have not had any issues with using propane torch on glued joints. I will caveat that with I was using pine, and treated treat pine on these distressed flags, so it didn’t take much heat at all (especially on treated pine) to get desired effects. As for glue, never melted as my sweeping was fast enough to not be an issue. On the corners where I used heat lettering pen, I had to apply little extra heat and still didn’t melt glue or affect joints. But I made sure the glue was cured over 24hrs before I ran the torch over it. 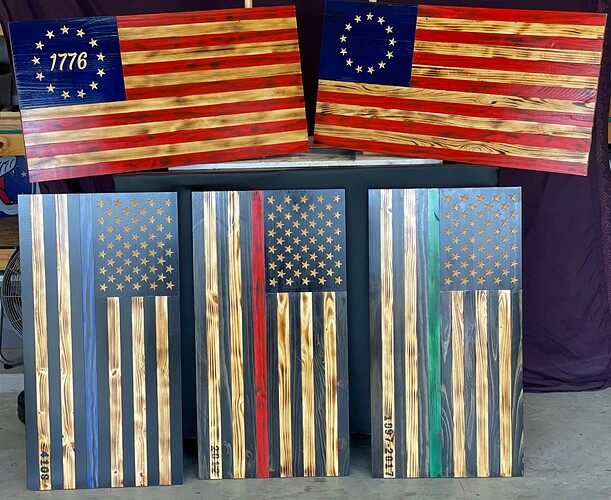 Thanks for the responses guys. Im hopefully going to get some testing time done this weekend. Havent had a day off work since i started the thread.