I believe we are starting to receive our long awaited touch probes. How’s it going?

I am having issues…
First I had to wire it to my 2.4d board using the 2.3 directions for it to work. And yes i do have the reserved header.

Also there is no direction provided on where we should be grounding the alligator clip to.

I attached The alligator clip to one of the allenhead bolts holding my board cover on and the other end goes to your bit .
Yes there is a big calculation error, as in CM doesn’t take into account the size of the bit.

Wait isn’t that the whole point?

zero is center of cutter, not side/edge.

I know, sorry I meant isn’t the whole point of the probe to center the bit on the corner defined by the probe position. I know there’s workarounds but I feel like that’s how it was always explained this would work.

So I will briefly note my experiences which came today. I hope @robgrz and the rest of the team get to see this. None of this should be construed as ungrateful, as I think it is a great product, but a few things I noticed:

Pictures of some of my testing:
!DANGER WILL ROBINSON! Don’t electrocute yourself. No I’m not leaving my ground this way. 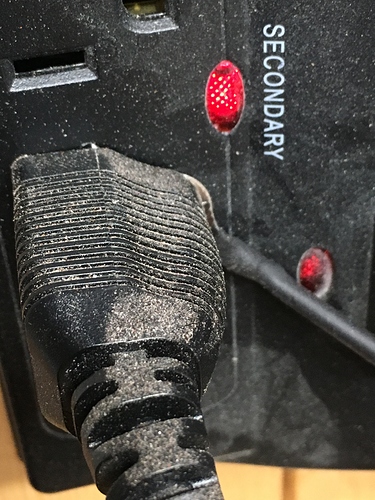 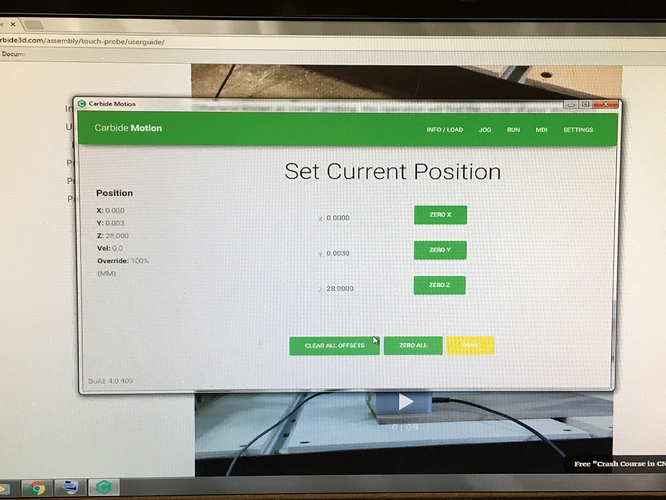 After an XYZ probe cycle, this is where 0,0,0 looks like in reality: 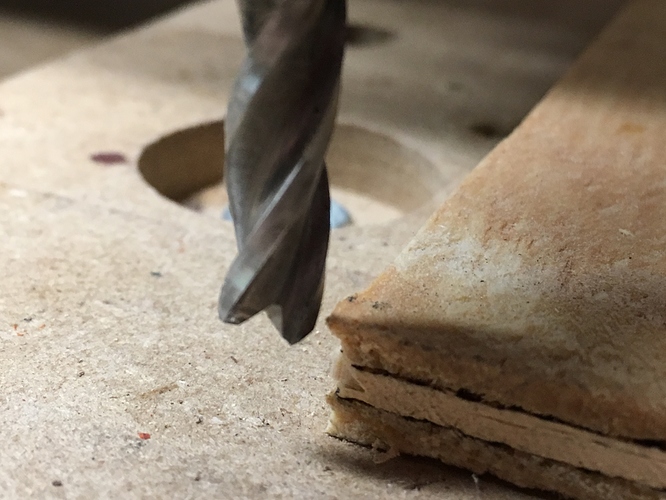 Looking down the Y-axis: 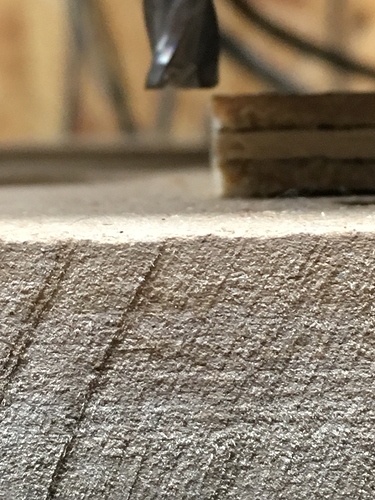 Looking down the X-axis: 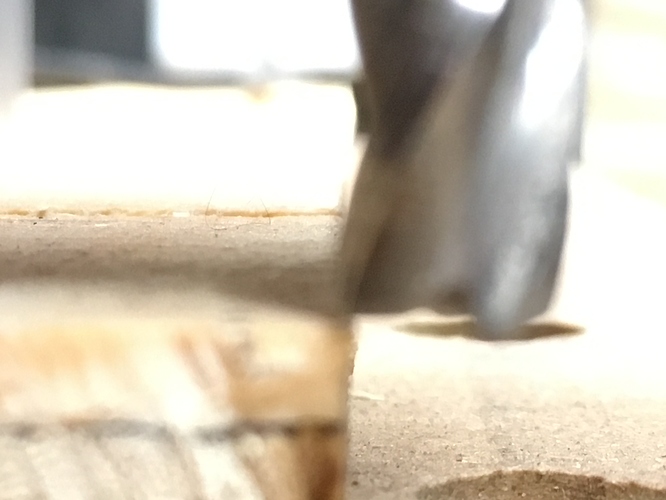 You guys are amazing…

"NOTE: A mimimum clearance of 12mm is required between the material and the cutter "

Does the positioning require a minimum of 12mm or a maximum of 12mm, I assume the later.

I got mine today but didn’t get to set it up yet, but I’d like to maybe see a wizard or something built into the workflow that includes you touching the probe to the bit before you’re able to click the button to begin the probe sequence.

For anyone so interested, this is the link to when RichCournoyer tested the touch probe. We can compare how his testing went compared to the production models.

I am one of 2 Shapeoko users selected to test the new Touch Probe, and while I have tested the heck out it, I may have forgotten something. Here is a link to an Unlisted YouTube video (below), DO NOT SHARE IT, but please watch it. Now I can't answer any questions about the final software release, but I am looking for additional ideas for testing. As they say, it never hurts to have a fresh set of eyes to look at something. I've tested it on: 1/32, 1/16. 1/8, nd 1/4 End Mills 2, 3 a…

I would not be using the ground on the plug… pop it on an x/y rail screw, anything that connects to some bare aluminium.

Rail screws and the plates aren’t bare metal. I put mine on the enclosure retaining screw but behind the enclosure. I.e. metal plate->ring terminal->enclosure->screw. Based on the size of the screw and the ring I think this is where it was intended to go.

Yes I know, regarding the grounding plug. Please re read my whole post. I did say I wasn’t using it as a permanent solution. But trust me, connecting it to the ground wire in my electrical outlet(s) circuit (via proper electrical wiring technique) is going to be the best ground available. And, as I already said, the only place I could find a consistent ground is on the aluminum mounting plate for the control board, but then you have a nice long wire permanently attached to your machine. You can easily back check me yourself. Plug in the touch probe and power on your machine, then hold the alligator clip against the probe. You can easily then use your other hand to test all the places a ground might work. X-Y rails are a no go. I tried many different locations.

Come to think of it wonder why the lead couldn’t plug into the probe and use it’s existing ground wire.

Well, I’m now down a touch probe. After plugging it in and out a few times from the board to test different ways of running the wires, it stopped working. No power, no LED, nothing. Noticed that the connector on the board end was loose, so I cut back the shrink tubing to find the below picture. I popped the metal tab out of the plastic connector and tried to re-crimp the wire in there and reassemble. I could get the LED to light up and turn red when touching ground, but upon trying to run the probe cycle, it would just bring the mill down into the probe, turn the light red and then fail the cycle. Now I get no power or LED at all. I checked with a multi meter and I still have 5v coming out of the correct pin on the board, so I’m not positive but hoping that its not a control board issue. I think its a problem with the control board in the probe. 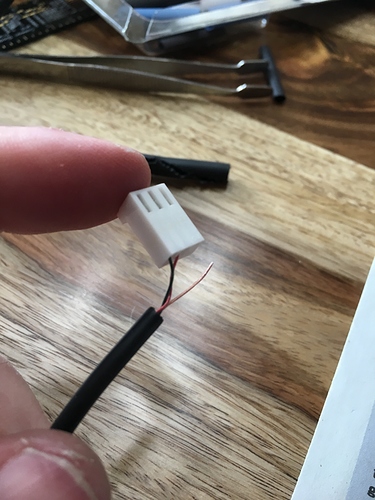 Please contact support@carbide3d.com about this and we’ll work this out.

Bummer. Teething problems I guess. I forget if I mentioned it but I also lost the led functionality. Didn’t bother to look into it since I already had a replacement on the way.

Mine is fitted to my X axis side rail screw. Works a treat