I seem to be hard on equipment, especially my Nomad 883. Thus far, I have erased my Nomad’s brain, killed a spindle, and had a few other small issues. Through it all, Jorge has been able to bail me out with timely advice and service. I recently damaged the wiring harness for the z -axis drive. When all 4 wires do not connect, it moves poorly or not at all and horrid sounds are released.

Luckily, I live a few miles from Carbide HQ and had a trip that took me through their part of town today. So, I took my Nomad for a ride to see Jorge. HQ was typical for a small active manufacturing space. There was a small crew on hand working putting together the last few kickstarter machines. There were machines in all stales of construction. It was interesting to see all the parts lined up waiting for assembly. As one would expect, a bit chaotic but with a flow that made sense. A place at work.

Everyone was nice and stress free. . The big mill was making parts for flip jigs and Jorge was on hand to fix my stricken Nomad. He knows his stuff .You could tell that he could build one in his sleep. He quickly got down to business, loosening a few bolts and removing the rear panels so that the wiring harness could be easily accessed. This gave me a new look at my machine from angles previously unexplored. Now that I have seen the “guts” and have seen dis-assembly/assembly at the hands of a master, I am even more impressed with the design. They really thought it through. Very few signs design shortcomings and all the parts go where you would think they go. Anyway. Hats off to the team at HQ, My machine is reborn. Thanks.

Mark, since you have posted this on the Internet the appropriate response is “PHOTOS!!!” if the Nomad team allowed them.

I left my phone in the car. It is better this way. More left to your imagination.

More left to your imagination.

But seriously Mark, thank you for posting that. I know I’d be like a kid in a candy shop visiting the Carbide HQ.

They seem to be closing in on the last kickstarter machine. I say a party is in order. I would attend and even bring a keg of homebrew. Who is with me???

A 2nd trip to Carbide happened on Monday. My Nomad was acting up again and this time George and Apollo both pitched in to make things right (better than ever) Great people, Fun visit, They were busy building out the pre-orders that followed the kick starter. Saw a lot of flip jigs in the process of being built and also met their guard dog.

My machine is the one with the bamboo case and the self-inflicted cooling fan. 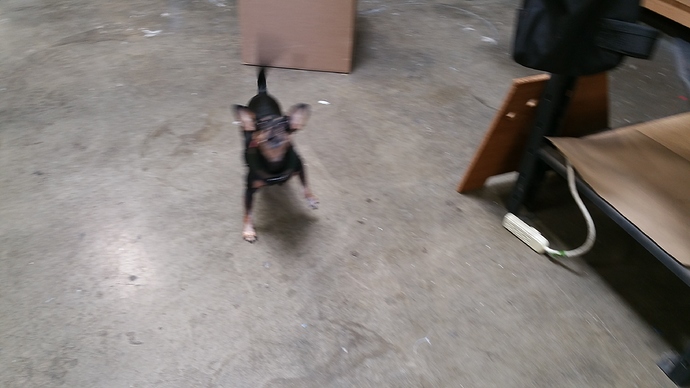 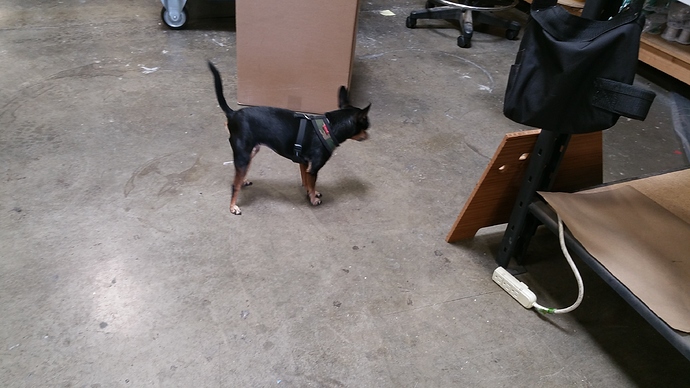 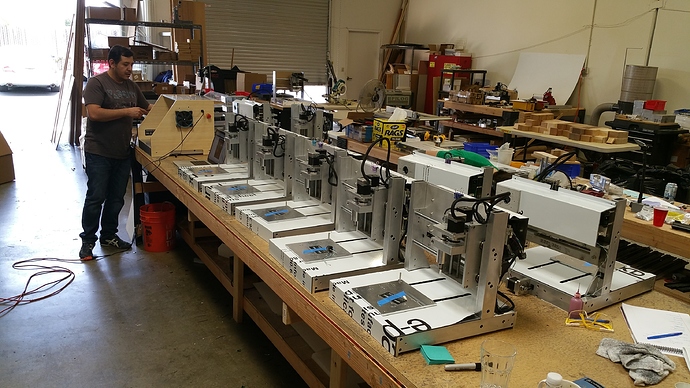 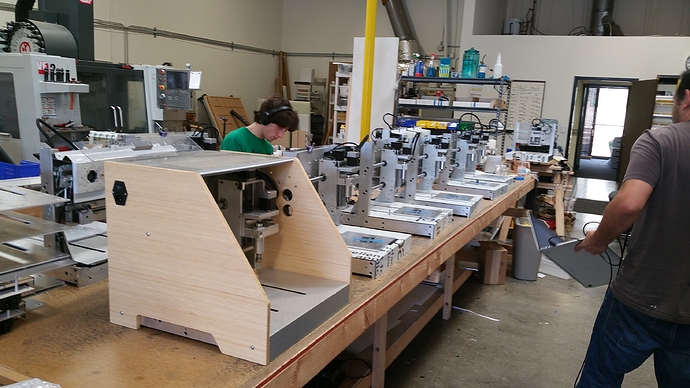 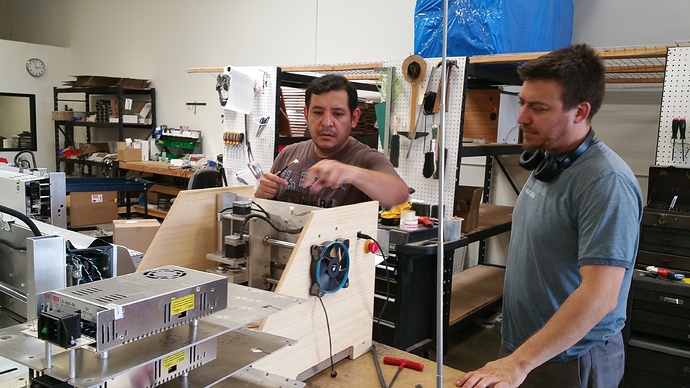 Jorge was also very helpful when I needed help with my machine. These guys have a quality design and they stand by it with superb customer support, better than even Apple.

Thanks for posting the pix, reminds me of my startup days…

Hey, do new machines come with that big fat case fan on the side (last pictures) to cool off the spindle? That would be a fun little upgrade project! My spindle hasn’t gotten that hot that I’ve noticed but the Z-axis motor gets hot hot hot, even if the machine is on but not running a project; just holding still.

Does the fan blow in or suck out? I imagine in, but then I wonder if chips/dust get blown out the sides of the bottom of the machine like they do every time I close the lid…

I added that fan. There are 4 large holes (1.5 inch diameter) in the case behind it. It is a PC cooling fan that I had laying around. It blows inward and does not seem to move chips around. Intended for cooling effect on the spindle and motors. I had a bad spindle and it used to get really hot. Not sure if it is helping now or not.