Been testing out trochoidal milling in Estlcam recently! it makes machining aluminium with small endmills so much faster and the surface finish is brilliant! 6mm DOC with a 3mm endmill!!!

That is interesting, I’ve never heard of or seen such a thing before.

Exactly what I thought, but haven’t gotten there yet!

Looking good. I thought you were already using fusion 360 to do your milling? I just downloaded Estlcam the other day for this and their probing feature.

That is interesting, I’ve never heard of or seen such a thing before

It is what fusion 360 calls adaptive clearing.

Yeh so in fusion this is similar to adaptive clearing in that it takes a very small bite out of the material in each oscillation. The difference I have found is that it is hard to setup adaptive contouring operations (maybe I’ve missed a trick) in fusion whereas estlam makes it very easy!

Nick,
I’m trying to set up estlcam to trochoidal mill some acrylic. Was wondering if you could share some of your settings from estlcam? Thanks Ray

I used the same settings for a 6mm endmill too.

Thank you!
Did you get your spindle controls worked out?

Just having a play with it now!!

So the only issue I am having now with my Shapeoko is it doesnt like “pushing” the cutter through material so much as it likes “pulling” the cutter through. If you listen you can hear the chatter on the right hand side of the pocket in the first part of the video but not on the left. I think this is down to the way the Z axis oscillates with the flex that is present.

any ideas how I could tackle reducing this chatter when the cutter is on the push stroke?

This is the problem of climb vs. conventional milling — it would be very cool if someone developing trochoidal paths would take that into account and offer an optimization option for less-rigid CNC routers.

I was using conventional milling in this but perhaps the stepover was too aggressive or my bit could have been a bit blunt now that I have investigated!

i still managed some nice chips!!: 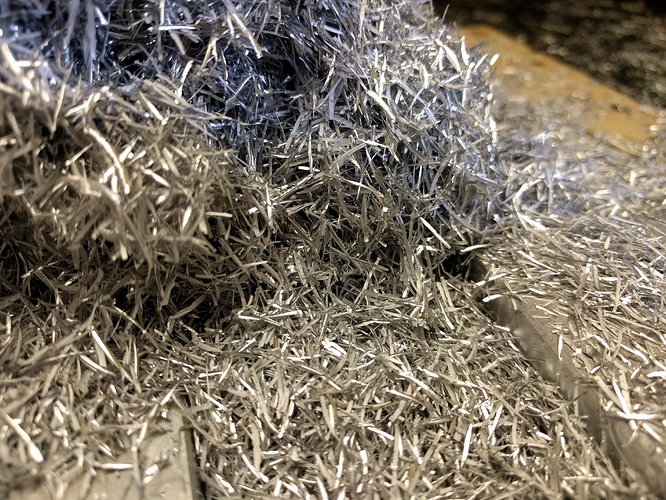 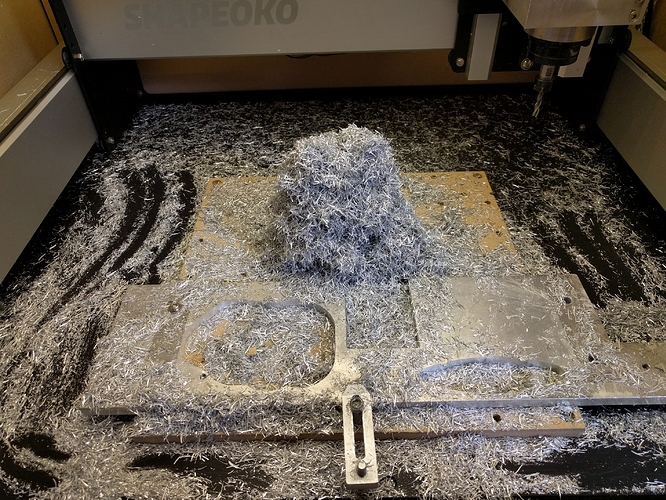 I love it!!!
Now, how long to produce all those chips?

That was only a 15 minute job! Nice long chips and good tool life with a deep doc!

It looks like you need better chip clearing. Do you have an air hose nearby? Your finish will improve if you can blow the chips away from your cut.

Yep an air compressor is on the list of things to get! Along with a dust shoe but I’m not sure how well that will cope with long aluminium chips!

When using compressed air to blow the chips out of the cut do you think there is a need to cover the rails to stop chips getting jammed in the v wheels?

Just wanted to update this thread a little: 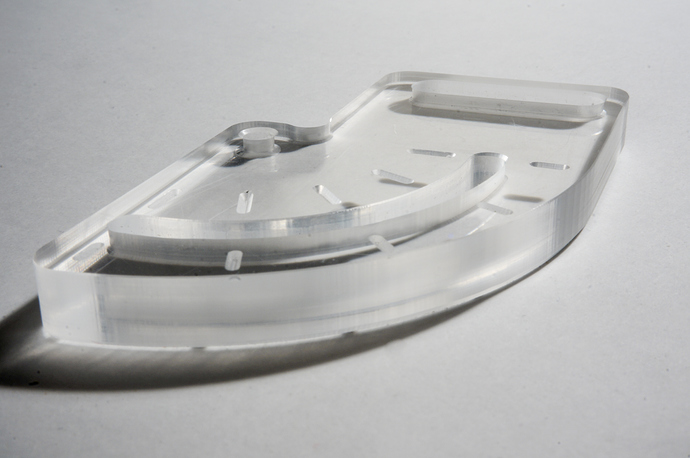 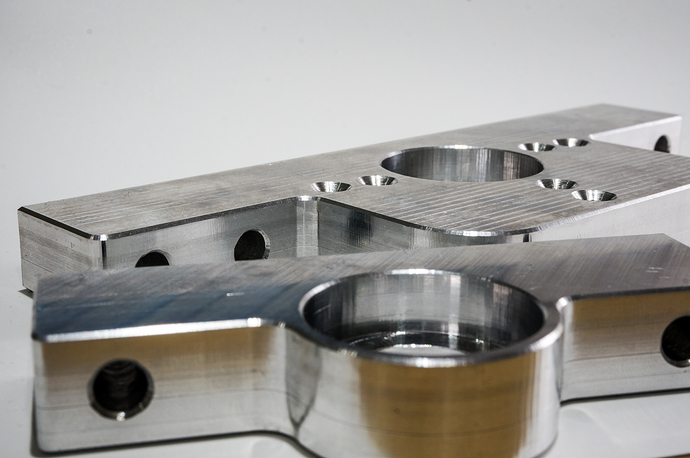 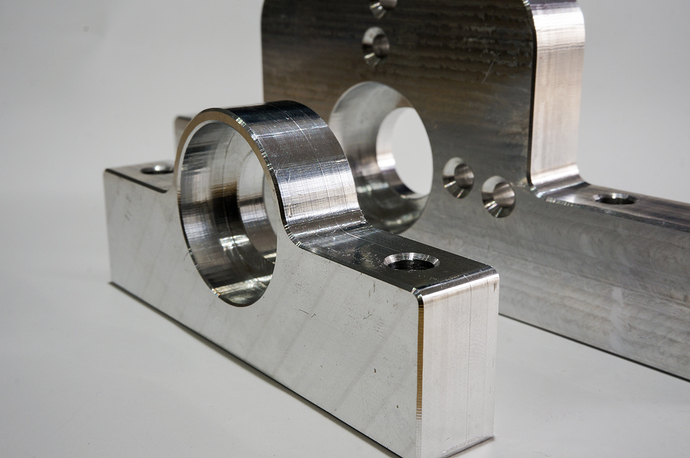 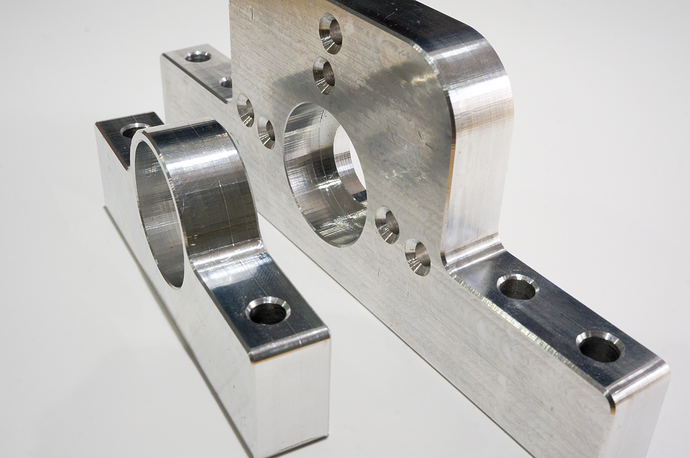 This was just posted today: https://www.cnccookbook.com/trochoidal-milling-feeds-speeds/