Trouble with path on cutting project out

I was cutting a project which I cut before. the only thing I did different was I opened
another program on my computer which the cnc run off. Could that have caused
the router to jump. 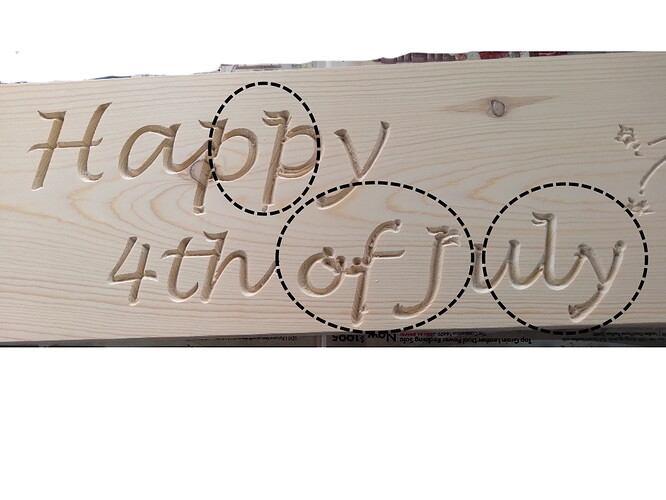 In general I would say no.

I often have YouTube in a browser, a couple of other tabs open, and VCarve Desktop running while CM does its thing.

I guess the program you started could do something to the USB ports. What did you run, and on what sort of computer?

Looks like you lost y steps if cut as picture is presented. Check usual suspects:

That knot in the first p could be the culprit of your lost steps.