I’m trying to use v carve to draw a logo that is basically made up of an array of small circles. I’m using a 0.5" vee-bit and each circle is only a little bigger than 1/8" in diameter so I figured that each circle would be carved in a single, vertical plunging operation. Instead, each circle is done by ~20 tiny linear motions seen here: 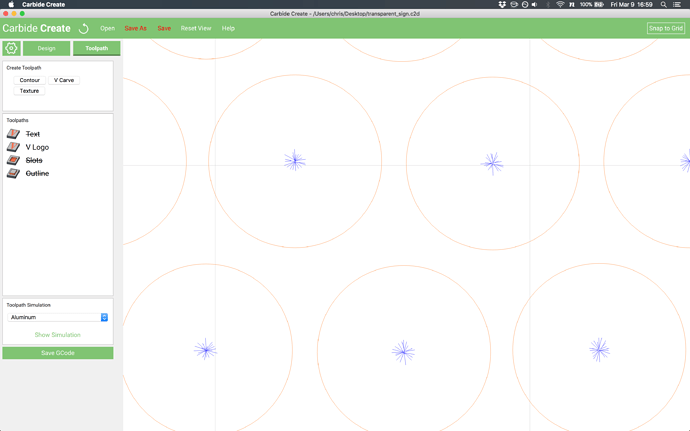 This is taking forever to carve out. Does anyone have any idea why so many useless toolpaths are being generated?

Carbide Create converts things into polylines resulting in the artifacting which you are seeing.

What happens if you put a tiny circle inside each of the circles you have and tell it to carve the area in between the big and small circles?

Depends on how the software interprets the nesting of the circles — if perfectly you get a circular path describing things: 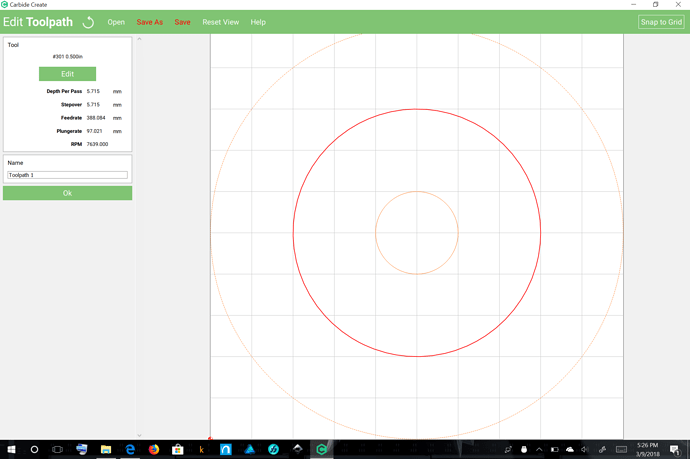 It also cuts to half the depth.

Do a little trig and figure out how deep it has to plunge and just tell the software you are drilling holes.

It’s been a while since I did trig, so you may want to check the math, but I think it’s right.

In addition to Mad Hatters trig if you’re using Carbide Create you’ll have to call it a pocket and make the drawn hole tiny. Then make a new tool a fraction smaller than the hole size and set its depth of cut to the trig depth. CC has no drilling operation, so you have to use some trickery. I’ve done this with a 1/4” endmill to “drill” holes slightly larger than 1/4”.