I created a new drawer for the base of my Shapeoko XXL. I am going to store all my clamps, bolts and clamping aids. I thought about the show Futurama with the robot mafia character clamps. I found some line art online and downloaded it. 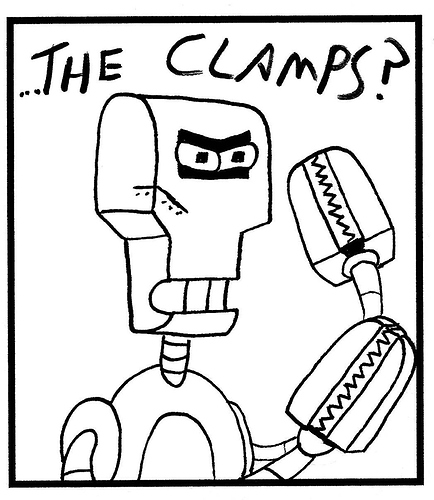 So I just wanted a simple v carve of the outline of the image but when I select the #301 tool and a vcarve I get a lot of extra carving I do not want. It seems to try to connect all the lines and plunges the #301 too deep and too wide. I dont understand why it does not just carve out the black lines and not connect them. This is a screenshot of the simulation. 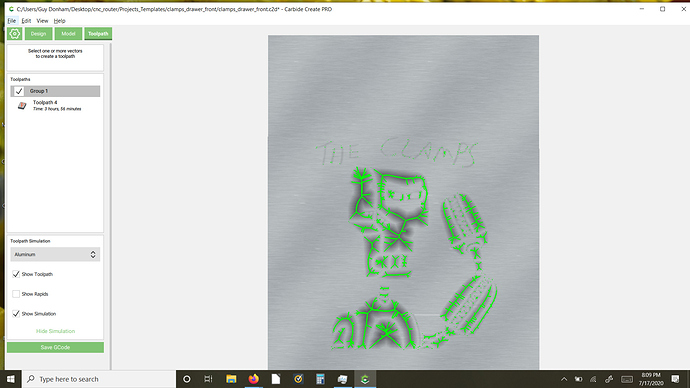 I deleted the tool path and did a #112 1/16" end mill set to 0.1" with no offset for a contour. This is what I would like from the #301 without all of the extra carving. If I select the #301 and the same contour with no outset I get the deep cuts with out any detail in the simulation. 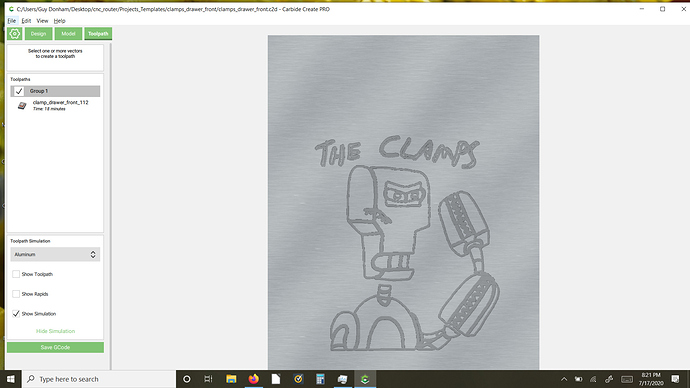 I used Inkscape to convert the jpg to a plain SVG and imported into CC 4.64.

Can someone give me advise on how to get the simple outline of the picture without all the extra line joining? 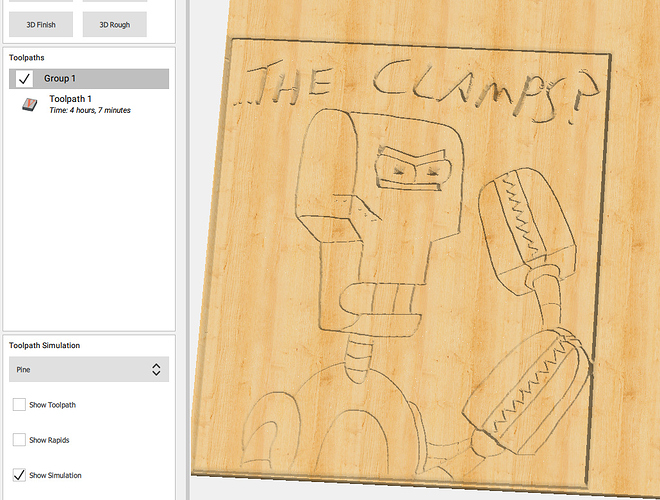 image1030×780 355 KB
Didn’t do anything with feeds, doc, or anything like that.
Traced your bitmap in Inkscape, fixed some bad spots (didn’t mess with the hand drawness), and took a couple liberties near the eyes and in the arm to prevent really deep cuts.
Here’s the SVG:

Just an FYI…all the nodes will cause a much longer carve with lots of direction changes.

And…because I am on the phone with my brother, I needed something to occupy my mind. The less hand drawn version. 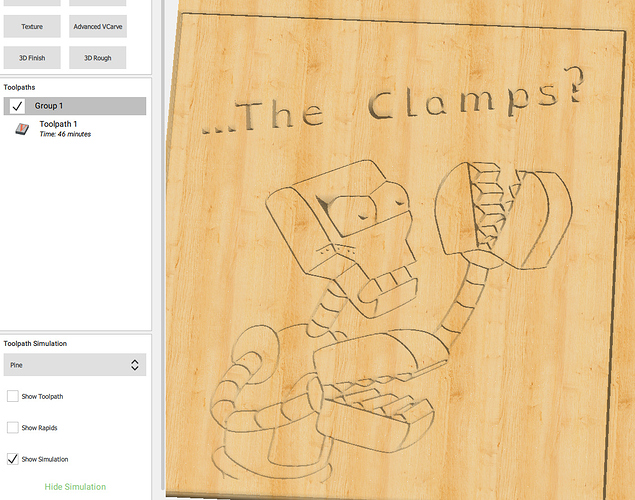 Found an image online, traced in Inkscape, thickened the lines (would’ve been barely a scratch otherwise), added rectangles and text, changed text to path, save.

Neil, Thank you for making the drawing better. Why did CC make in my first example above the deep v carving instead of just cutting the black lines out? In my second example I used the same image but used a 1/16 inch bit and the preview shows the black lines cut out without joining things together like the side of the robot’s head as in the first example.

I like your redesign of the image with the open clamps. Did you use Inkscape or another program to redraw the image?

This is not an important project, just a drawer front but I want to understand what is going on inside CC.

The first version looks to have been traced using centerline, not outline.

Why did CC make in my first example above the deep v carving instead of just cutting the black lines out?

Can’t say without the SVG, but my guess would be that you removed the border on the outside. In that version, the robot is connected to the border.

Did you use Inkscape or another program to redraw the image?

Thank you Neil. I used your drawing and carved the Robot Mafia character Clamps on my clamp drawer. 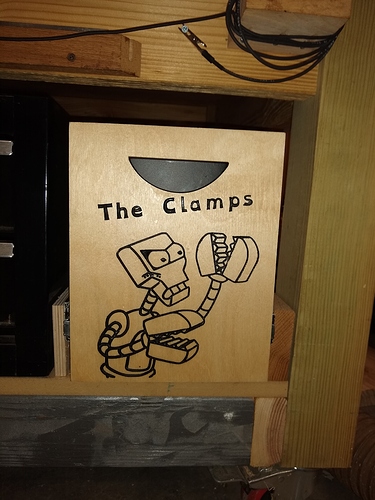 I did remove the border on the image because I did not need it. When imported in CC all the pieces of the drawing were separate. Later I grouped them after removing some unwanted items. The grouping was to center the image and get it put on my work piece.

That was quick!
What’s your process for painting?

I applied the Easy Liner Adhesive Shelf Paper. After carving I used a 1/8 inch brush and black acrylic paint in a tube I got at Walmart. Today it was 95 F so the paint dried really quick. I put a top coat of dewaxed shellac and then applied the piece to the front of the drawer. I find that the Easy Liner Adhesive Shelf Paper works on simple vcarving. IF the vcarving gets too complicated it often gets pulled off.

I did use a J roller to apply the shelf paper initially so it gets a good grip.