The hinge just failed and separated, I need to figure out a fix for it now. grrrr Only had the machine for less than a month too.

Thank you for your quick reply. I think I will just tape it at the joint, looks like it would be a area that would wear out quickly being open and closed. I think I will tape/glue a cloth/canvas joint to correct the issue for now.

Mine just failed on Day 2. I haven’t even had the machine for 24 hours yet. Is there an upgrade planned here?

Please contact us at support@carbide3d.com and we’ll get this sorted out.

Yea my replacement broke the same way. I think I will pull out the plastic hinge and glue/epoxy cloth or canvas. This will allow it to be flexible to open and close.

I think they are using the same plastic hinge on the Nomad 3 as on the Nomad 883 Pro. Mine never ripped or tore as yours (it slipped off many times), but I think that might be because the cover lies flat on the machines fake-aluminium lid when the 883’s door is fully open.

It looks like the design of the Nomad 3 lid means the cover is mostly vertical in the air when fully open? If so, there’ll be a lot more force on the plastic hinge. So… maybe a design ‘oversight’.

It’s a brand new machine so you probably don’t want to start modding it, but it will probably eventually need some sort of proper hinge to manage the force. There are non-destructive (ie: clamping) hinges for glass but they probably aren’t small enough for your needs.

Now if it were a rubber hinge it would last a tad longer. I was super careful with the replacement, but still feel it is a poor choice for a hinge. I think I will go with something like this. 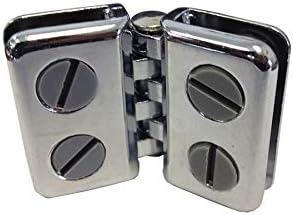