What's inside that linear rail block?

Just to save anyone else who wondered what was inside and where the oil / grease went when you squirt it into the hole, here’s some pics of the inside of one of my Hiwin HGH15 linear rail blocks, equiv to the HDZ and I believe the Shapeoko Pro X rails, one of these 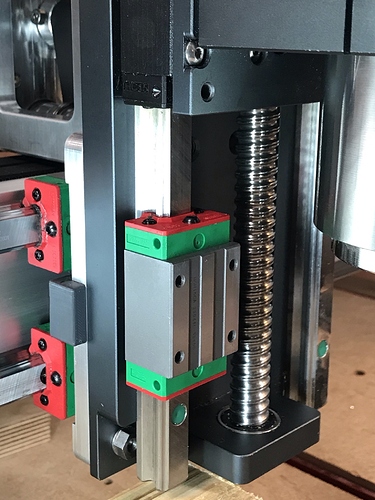 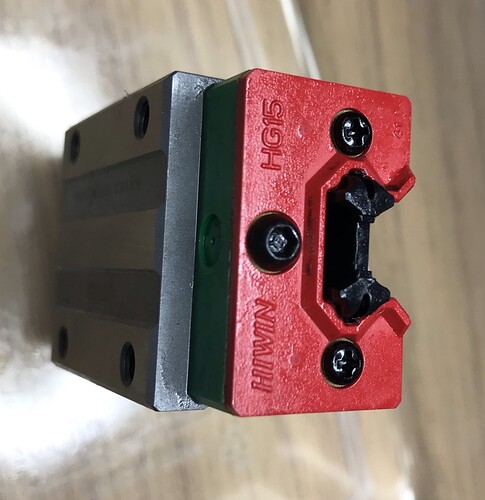 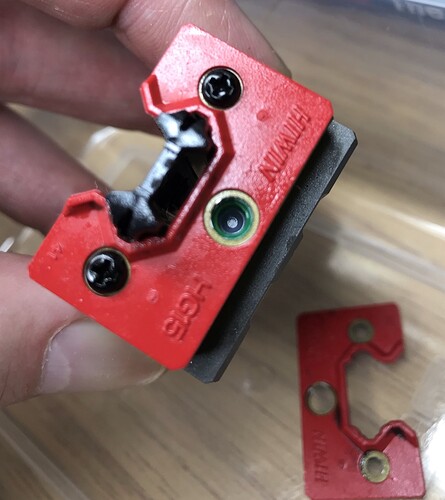 Looking at the hole it doesn’t go very deep, further inspection yields the result that the ‘reservoir’ is limited to the plastic end cap. 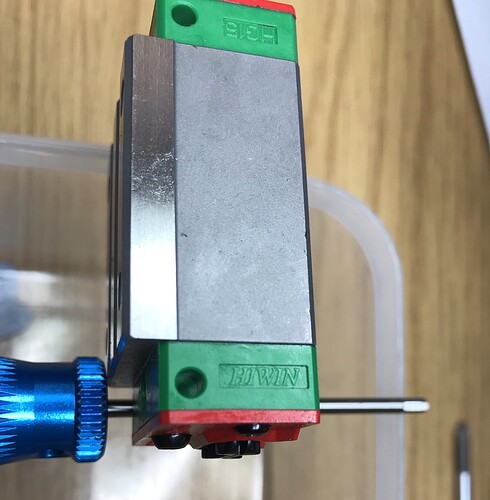 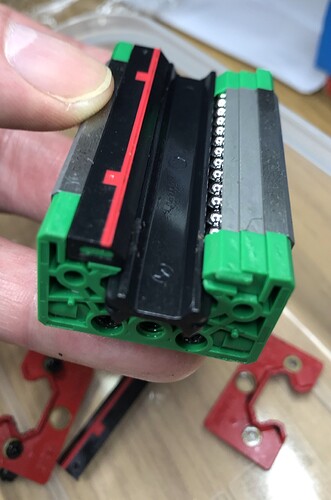 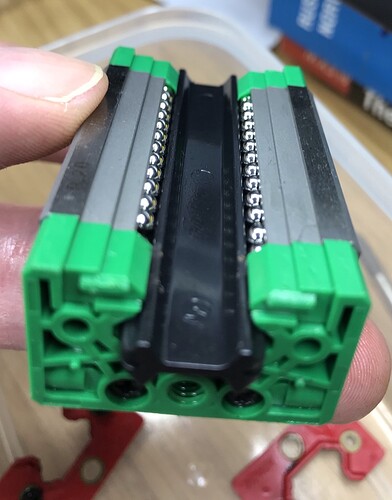 We can’t see what happens to the bearings yet as the plastic endcaps are the ball recirculator races on this type of bearing. Removing the two cross head screws which secure the green end caps onto the steel body (shorter than the ones holding the dust covers on), after the pitter patter of little bearings falling out we get to see the insides.

First up we have the raceways in the block, four pairs of internal & rail facing passages which have a loop at each end in the plastic endcap. 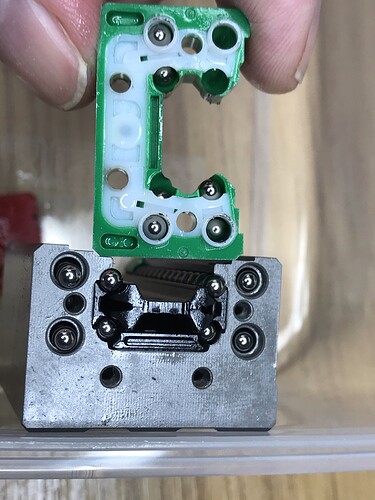 And a close up of the endcap showing the (about three) bearings in each little loop, after you pick them up and carefully put them back in. 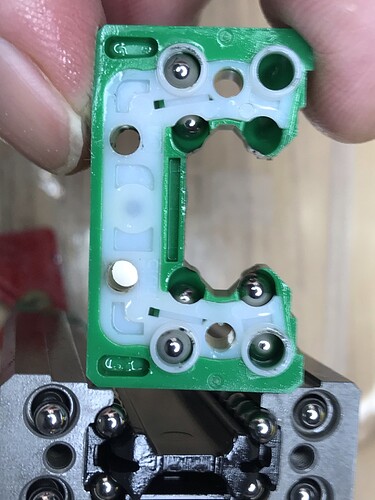 The white plastic part is a cap which appears to cover over the lubricant ‘reservoir’ and pathway, looking at the other side of the block we can see the route in from the end-cap face holes and the two optional side-holes. 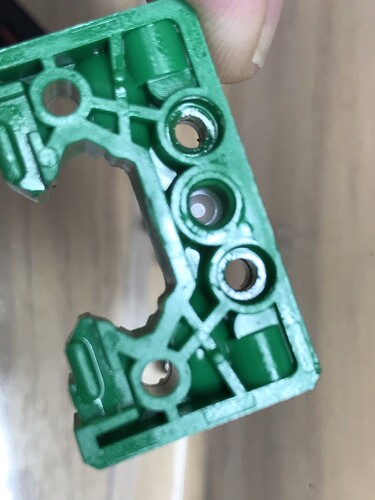 So, now you don’t need to take yours apart just to see inside it, you’ll need to find some other excuse

Just remember to do it in a clean dry container which will catch all the balls as they fall out so you’re not dragging magnets around on the carpet.

So, now you don’t need to take yours apart just to see inside it, you’ll need to find some other excuse

On a serious note. Please don’t take these apart guys.

That’s a spare block I have which will not affect my machine at all if I’ve borked it.