What's the biggest thing you've made - on your Shapeoko?

I was thinking, I want a bigger Shapeoko but at the same time I wanted to see what the biggest thing people have made on theirs. 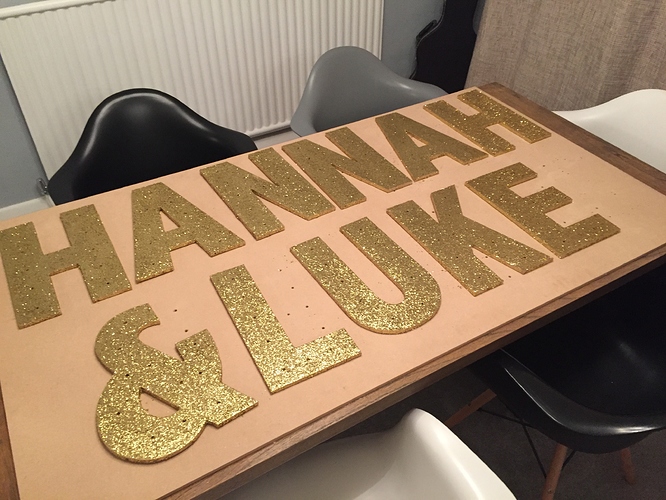 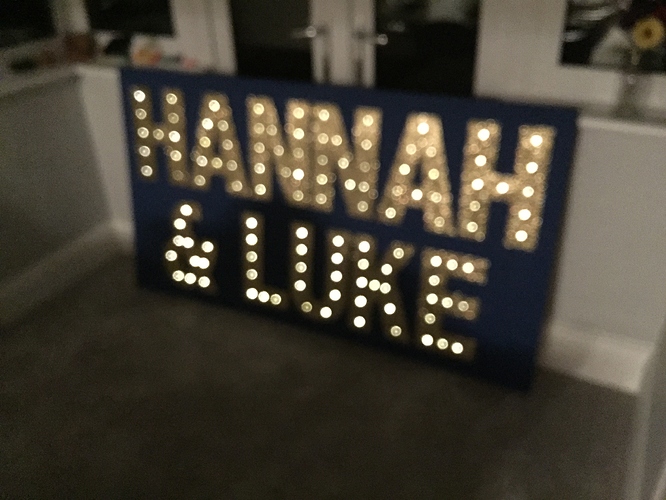 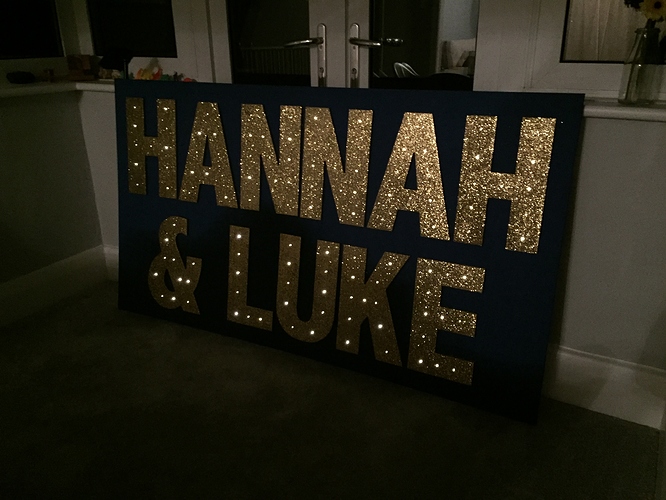 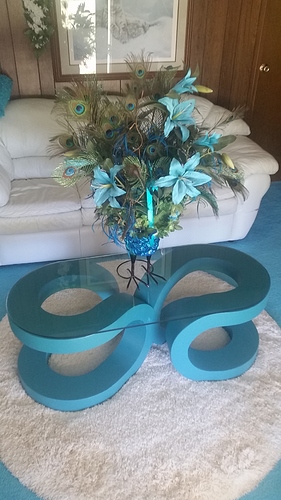 I built this on my Shapeoko XXL. Every part of it cut out on the CNC. It is 4 feet by 8 feet in total size. 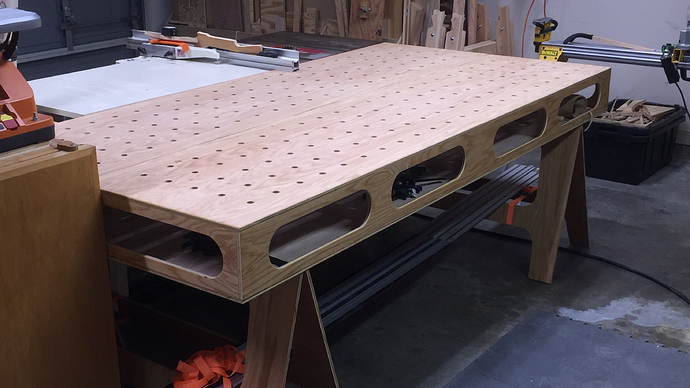 Did you create an “XXL sized” tool path , then manually index the work-piece on the machine? I’m on the hunt for technique, workflow, and software strategies for large scale part fabrication.

28 inches long, weighs 68 pounds, and chooches everyday. 40% Aluminum, 60% Steel, and nearly every part was machined on my Shapeoko 3. (Edit: And it neatly hangs on the wall when it is not in use) 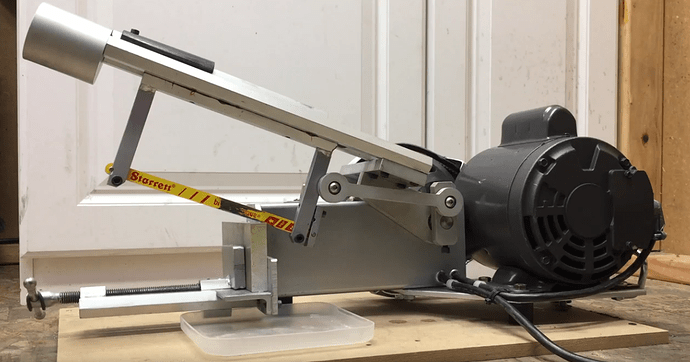 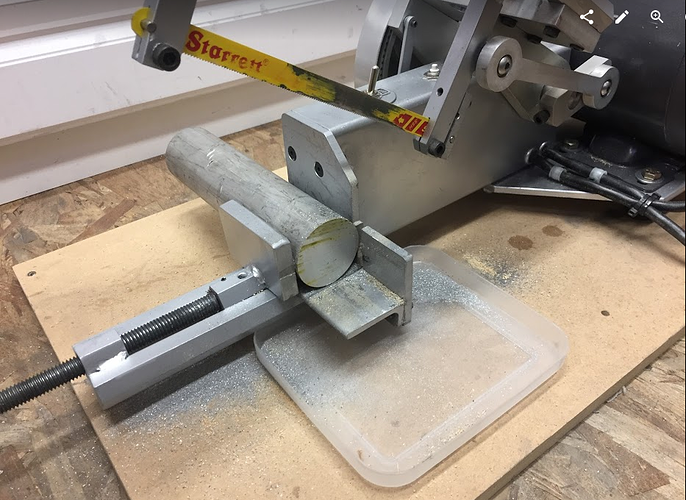 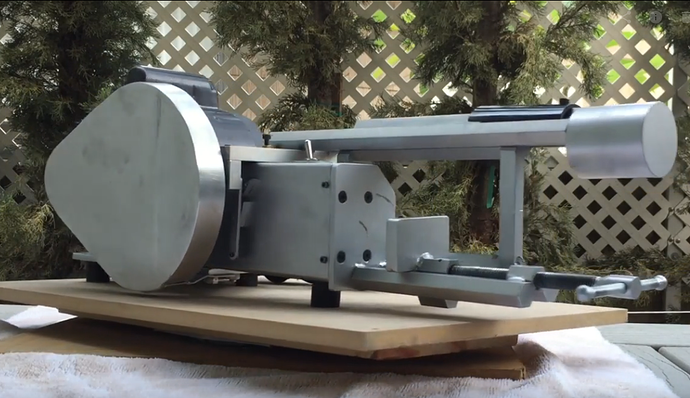 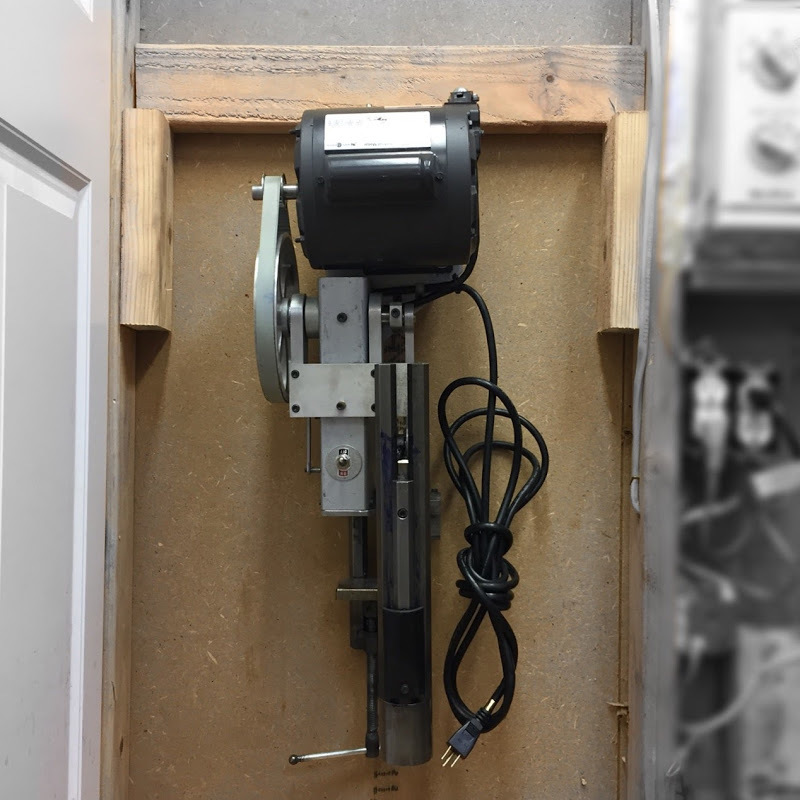 Yes I used VCarve Pro and tiling to cut the top an sides. Simply set up a 2 foot by 2 foot model and aligned the 2 foot mark to the front of the spoilboard and cut the next two foot section. Rinse and repeat. No index pins, no anything except a measurement mark every two feet.

That’s a really beautiful little machine Rich! I may have to take a closer look in a couple weeks when my new mini-lathe arrives, gonna need something like that to cut down stock so I can turn it. Between my SO3 and the lathe itself I should be able to make most everything except the motor. Hopefully whatever I come up with is half as nice as yours, nice work!

You can certainly make it smaller. I saw one online that was 2X6 feet.

Thank you for that very kind compliment. This Power Hack Saw is a LOT easier to make if you have a Lathe! Good luck, and keep me informed. PS I am STILL on the same Starrett Hack Saw blade (and I’ve cut a LOT of steel). 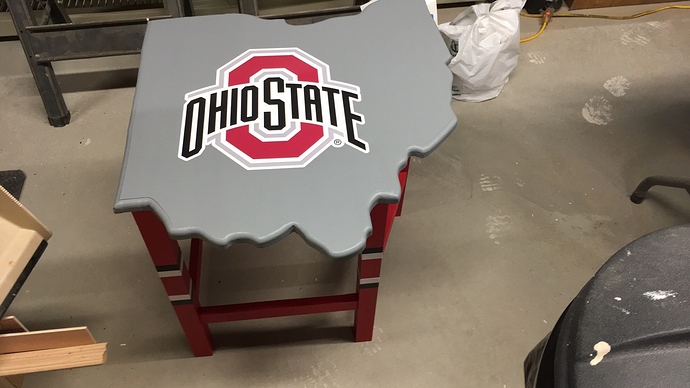 I made this little submarine for my son costume carnaval! 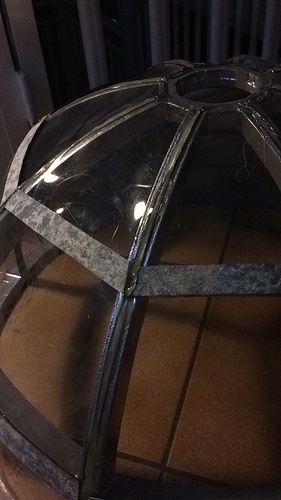 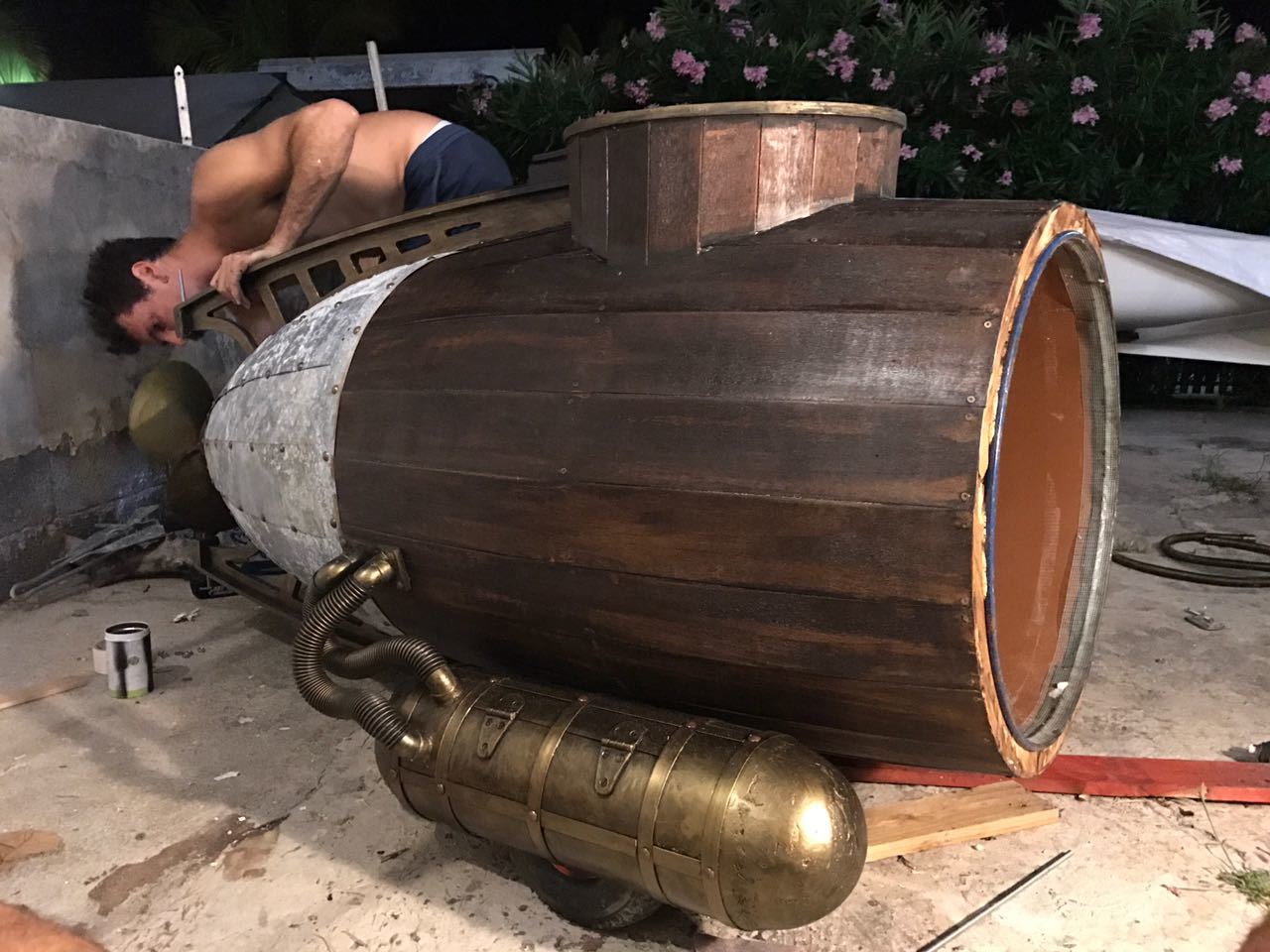 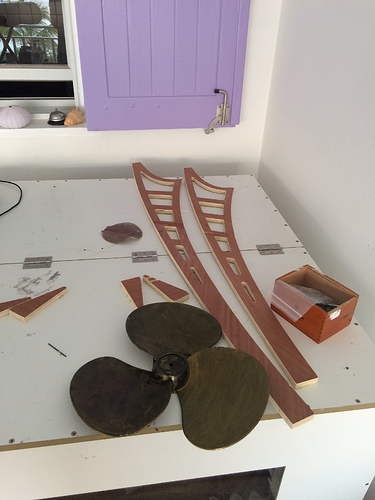 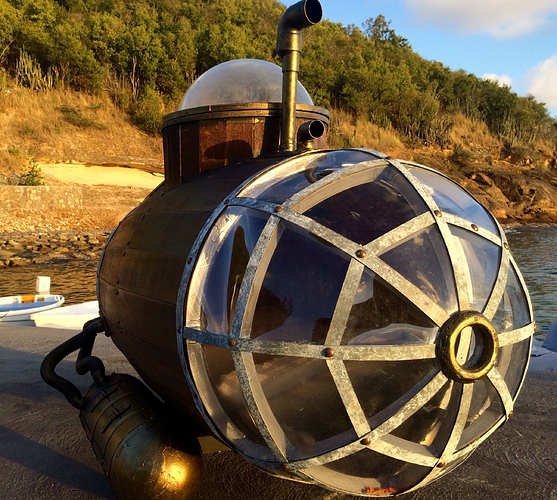 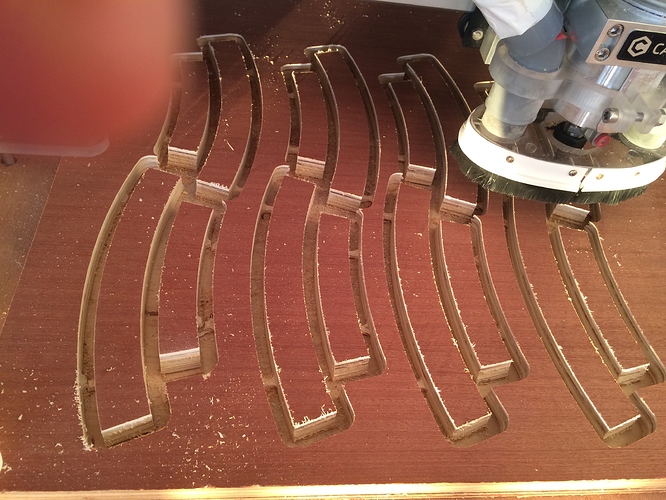 Is this water worthy?
I’d want one too!

That is ridiculously cool!

little submarine for my son costume

Was that the costume? I mean did your son wear it and walk around? You son must be very strong? 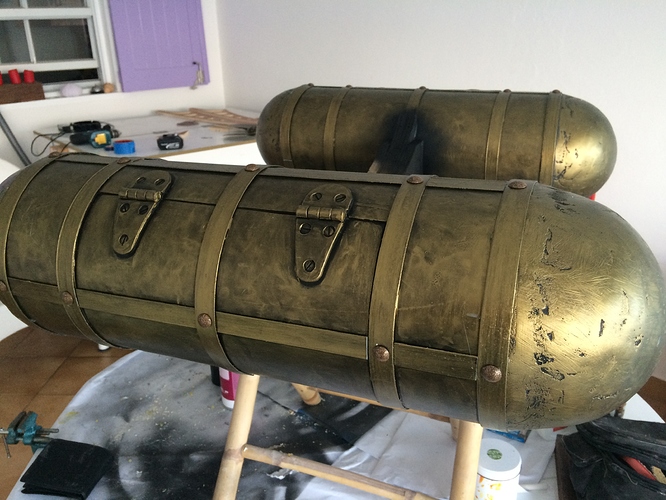 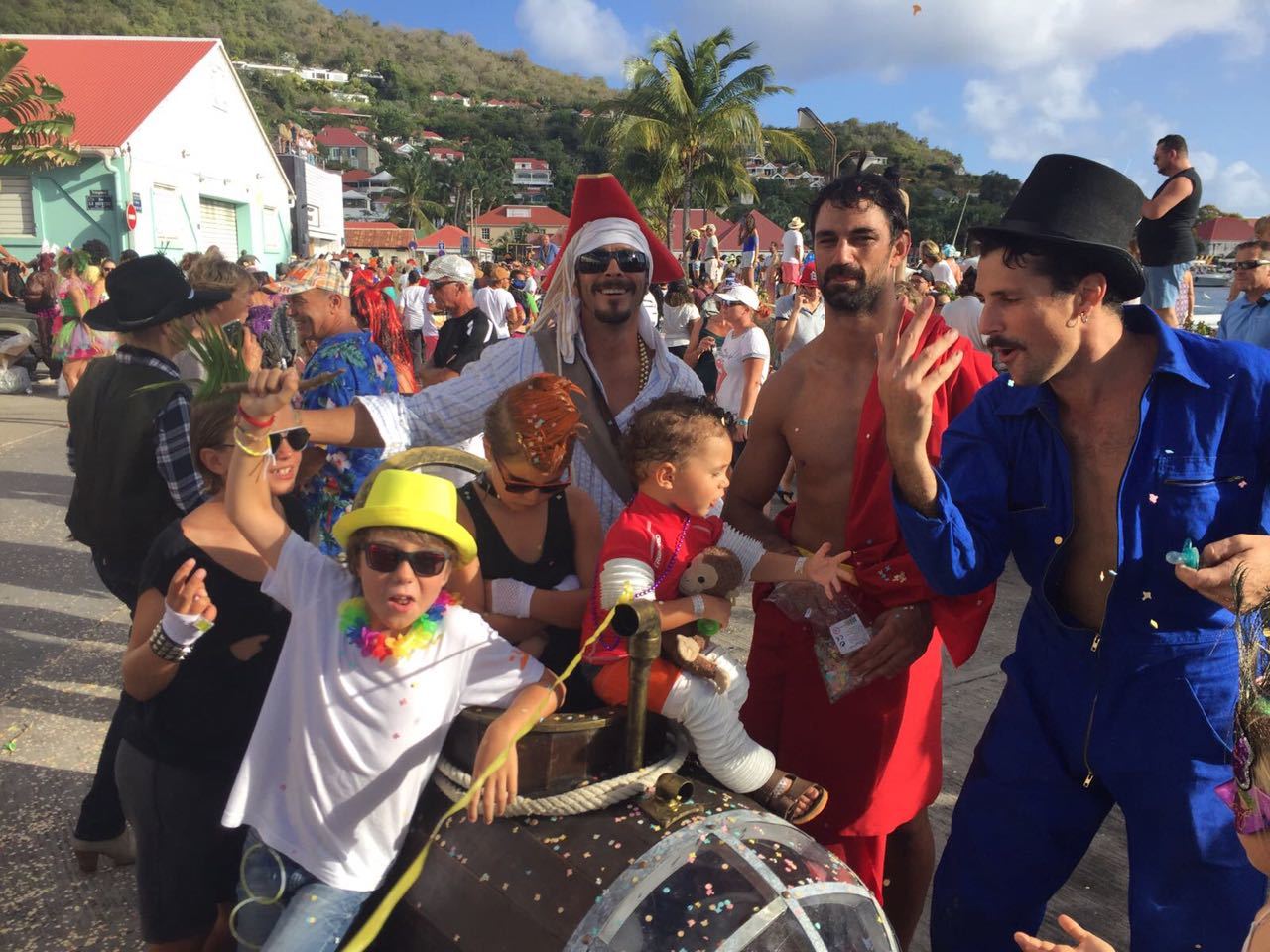 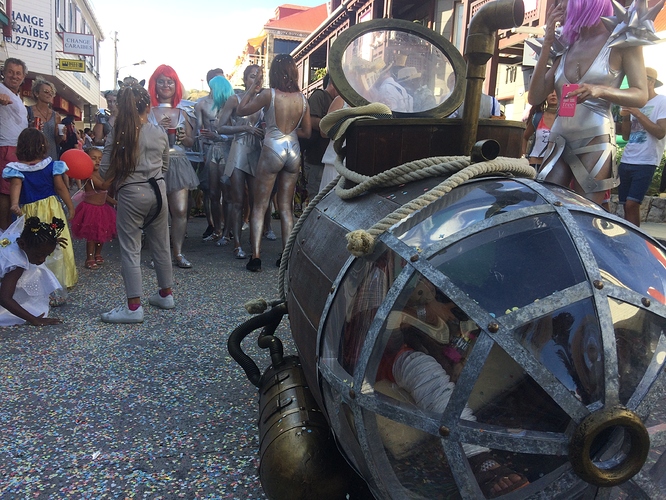 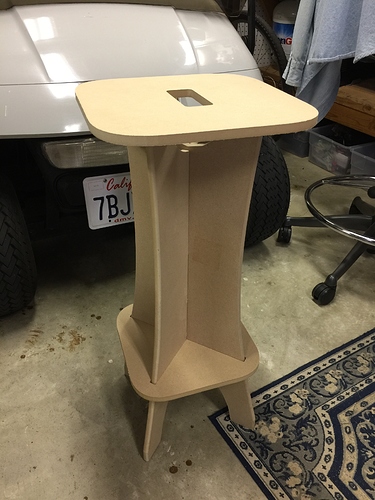 No “Bronze Tank” but it is the biggest I’ve made with my XL.

Sweet! I love it when folks make furniture.
An outstanding design and machine utilization.