Which machine and what options?

I’m a woodworker, newly focused on reproduction clocks. I’d appreciate others’ advice on my #1 and #2 interests in CNC.

#1 Clock dials. These will be etched in brass sheet (0.04"), 7" diameter (so Nomad 3 will fit). 18th C. clocks were hand-engraved (don’t know the line width). I tried to attach an image of a dial in progress. (I’m new, might not have permissions). It’s made by etching with ferric chloride on a photo-resist. The smallest letters and numbers are the right look. Problem is the high failure rate of this method. Cuts will only go 0.02" deep. So if that sheet of brass is 0.02" off of “flat” the etchings will differ on opposite sides of the dial. First question: Is CNC the right tool for this purpose? Can a CNC carve a script number or letter that’s hard to distinguish from an etched one?

#2 Everything else in production woodworking. Nomad will hold a dial, and its tolerances are 0.003 (vs 0.005 with Shapeoko Pro). But the Pro has a bed that handles things that aren’t yet on my “need” list. Second question: Will the slightly lower tolerances of the “Pro” defeat my first purpose? Which machine would experienced users get at my stage? Third Question: If I do buy the “Pro” what options would give it the best features of the Nomad?

…Space is not a concern
…Budget is $2-6k
…For now, there will only be 1-6 clocks per year. Volume only increases if this is fun and they sell. 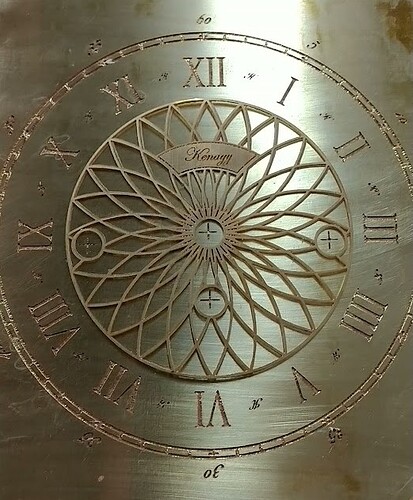 Third Question: If I do buy the “Pro” what options would give it the best features of the Nomad?

Did I miss that in your query on the support queue?

The things which the Nomad has which a Shapeoko might not are:

Yes, you understood my question, thank you. So I see some features that would give the Pro some of the best qualities of Nomad. That said, will either/both do what I’m looking for? I’m also exploring the idea of learning to etch, but that equipment costs as much as CNC…wouldn’t make sense to do both.

If an HDM is able to handle the size is recommend one instead of a Pro, I have both and the repeatable way that the HDM behaves with tighter tolerances will make you love it

David,
Saw your post over at Sawmillcreek as well. I have a Shapeoko Pro XL which should show up in the next day or so. Totally new to cnc myself, but I wonder if something like a drag engraver bit (mc etcher) might do what you need. That might be similar to hand engraving. I think the drag engraver bits are spring loaded so there might be some tolerance.

I’m happy to try some things out for you once I get it set up. (Though I haven’t gotten the Mc etcher yet)

Are you going to make the entire clock or just the faces and buy the movements and make a case.

One of my long term goals to to make a Grandfather clock case and use a Hermle or other high quality clock movement inside. 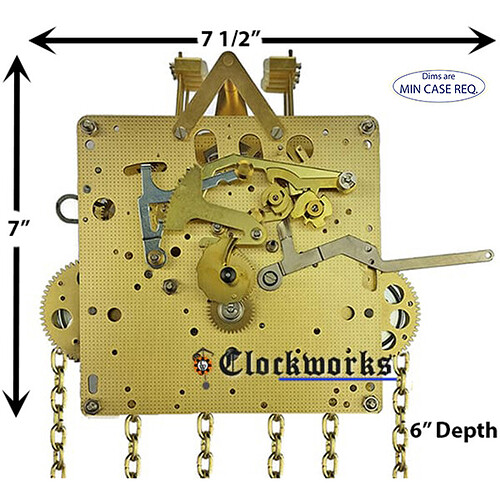 You’ve gotten to a stage I haven’t reached: making more than one, as sales to others. I’ve started to work more with veneers, because I can get colors and grain patterns that domestic woods don’t provide.

The Ogee clock here is a reproduction of one that’s been in our family. Its front is veneered with mahogany, but the sides and top (not shown) are veneered with walnut taken from my G-Grandfather’s barn. 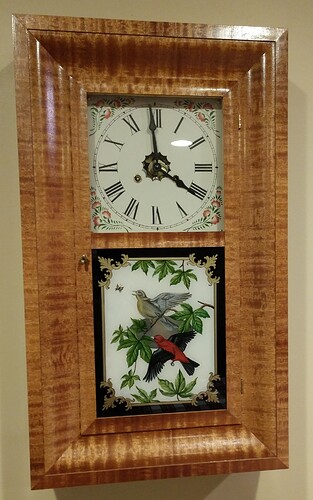 The current project is a bracket clock, similar in size to your cases. My daughter is a jeweler, so we’re working on the dial together. The chapter ring will have 4mm jewels at the hour marks, and the cornices will have cast gold roses, with garnets at the centers.

I like the open bed (for mid-project lubrication, vacuum or blowing off chips).

I may have missed it, but where on their site does it say this? I didn’t learn until viewing the GRBL settings that the “Resolution” was 0.01mm (0.0004").
I’m currently in the process of “dialing in” my HDM to try to achieve as good or better than ±0.001" (0.025mm). This represents “Accuracy”.
“Precision” is already there, or very close. I haven’t checked the precision of the bitsetter yet.
“Tolerance” as I think you mean it is a combination of precision (repeatability) and accuracy (how close to the intended dimension).

I saw the 0.01mm on their ad for the HDM. When I looked at similar ads for Nomad and “Pro” there was no such line. So I’m comparing verbal info about Nomad and Pro versus their web “tolerance” term.
You’re right, I’m most interested in accuracy. In my other power tools, the makers use the term “tolerance”, but I don’t know whether it’s universally interpreted. I think of it as, “how much bigger, smaller or mis-located will you ‘tolerate’?” If my drill bit wobbles to the left and right by 0.01 but has a tolerance of 0.02, then it’s doing what the manufacturer promised.

Today I visited a machine shop that uses CNC to do industrial projects. They’re sure that their CNC machine can match to look I’m working toward. But it would be $300 per clock dial.

Your clock is beautiful. The picture in the glass in the old days was reversed painted. How did you do the picture on the glass door?

Thank you. There’s a story or two in that picture.

Ogee clocks typically had a reverse-painted image on the bottom glass panel, but by the time I came into the picture, my grandfather’s Ogee had a bottom panel of clear glass. (Original probably broken). It revealed a pretty ugly interior, so sometime in the 1950s my grandmother cut out a picture of those birds from a calendar and taped it into the space. That original is still as it was, now hanging on my wall. But my goal was to make a replica and leave the original as it was.

I spent about a year looking for anybody who could print on glass, using opaque white (as well as the other colors). For most printers, white is just the absence of color. That works on paper, but not on glass. I looked all over the US, found some who would print on glass, but only with a foam board mounting (wouldn’t work in my clock). I finally found one whose owner wanted to try out retail printing (had been making pieces for big companies). He printed one, but when I went back for more, he said he didn’t enjoy retail work, and wouldn’t make any more! So now I had one printed pane, but I made two clocks. One was for me, but I wanted to give the other to my cousin, who bought our grandparents’ home.

So I spoke with the National Association of Watch and Clock Collectors (Columbia, PA. A great museum and people). They gave me the name of a fellow who still does reverse painting, and that’s the version you saw above. Here’s the version I gave to my cousin: 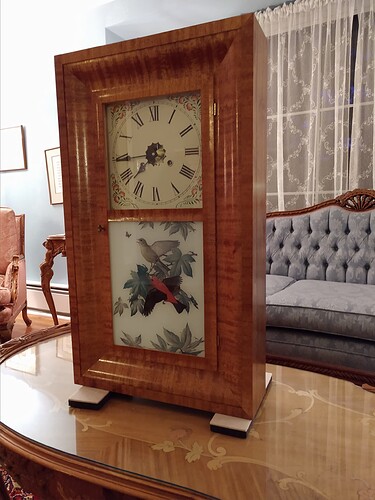 I really wrestled with choosing which one to give and which to keep. The one I gave has exactly the image of that old re-purposed calendar. The one I kept was painted in the fashion of the original clocks, but with an image chosen by my grandmother). The sides and top of the original were simply painted black. Both of the clocks I made are veneered with mahogany in front (like the original) but the sides/top/bottom are veneered with walnut that I resawed from the only two boards I had.

You know sometimes you comment on a subject and then you find more good information. I was looking at youtube and this video popped up. Take a look I think you will find it interesting. 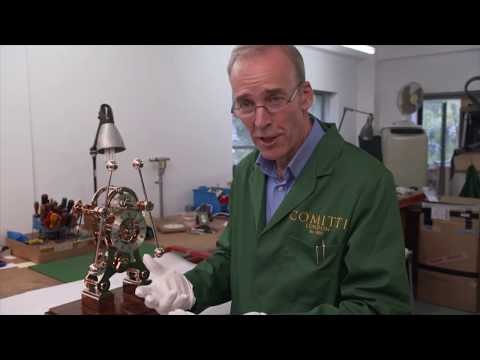