Why does my meshcam look dumbed down?

I have downloaded meshcam and started the 15 day evaluation period. For some reason, the UI in mine looks a lot simpler than in all the screenshots I’m seeing online. I have tried going through the menus but did not see any settings to toggle to make it look like I was expecting. Mine has no icons to click. And no dialog pops up to help pick the options for generating toolpaths. Is there something I’m doing wrong?

What I was expecting -

MeshCam Workflow (Lots of pics) How To

Hey guys, still trying to get used to MeshCam. I’ve documented the steps I took to make a star. Could you look over my steps and see if this is how you would normally do it as well. As a beginner, I like the fact that once loaded I could go up to Tools -> Carbide Auto Toolpath and go through all the questions and pick out what material I am working with. Have it generate the codes. But it leaves the question, how does MeshCam know that I wanted to center in the middle of my stock or lower left … 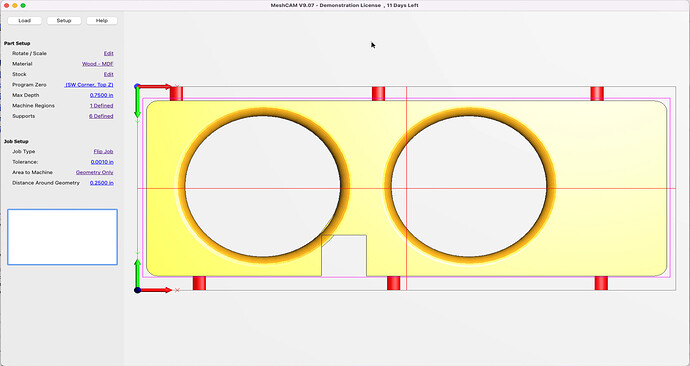 The pics you linked to are 6 years old at this point and that build of MeshCAM is around 8 years old so they no longer reflect the current state of the program.

The UI has changed over time to remove arbitrary icons that weren’t in common use and replace them with text that says what they do.

I would try to find a copy of meshcam 6 if possible. It’s the easiest to understand if you are used to ordinary UIs.

So does that mean there’s no longer a dialog that look like this one?
It looks like everything was moved up into the menu bar across the top. 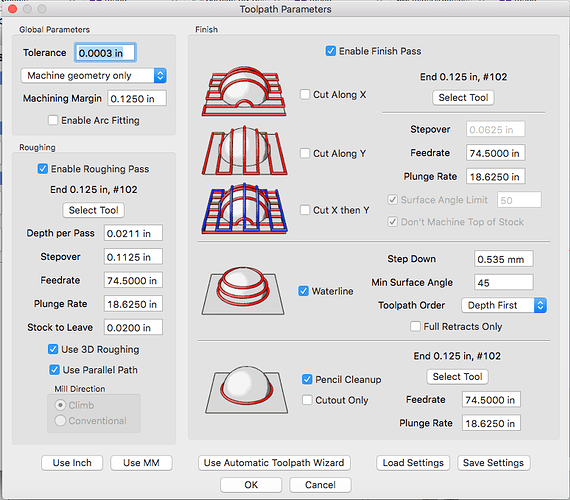 I would try to find a copy of meshcam 6 if possible. It’s the easiest to understand if you are used to ordinary UIs.

The extra images in that older version do explain a lot. For somebody new to the thing, the new versions thats mostly text based doesn’t do as good of a job at explaining what all the things do.

The current design philosophy has a UI that is like the index to a book that only shows the pages you’ve read and doesn’t hint at topics that are available that you might need or want to explore.

It reminds me of what the internet used to all look like back in the mid-90s. Lists of text with blue hyperlinks that turn purple when you click them.

Haha! Well, it’s not that bad. But it is peculiar at times.

CC is similar in its idiosyncratic ways too.

For example you can’t change the stock dimension if you have a vector selected - two totally different concepts that block each other.

It’s fine and works when you get used to it, but I find it odd.